Richard Jefferson Bares It All In Interview 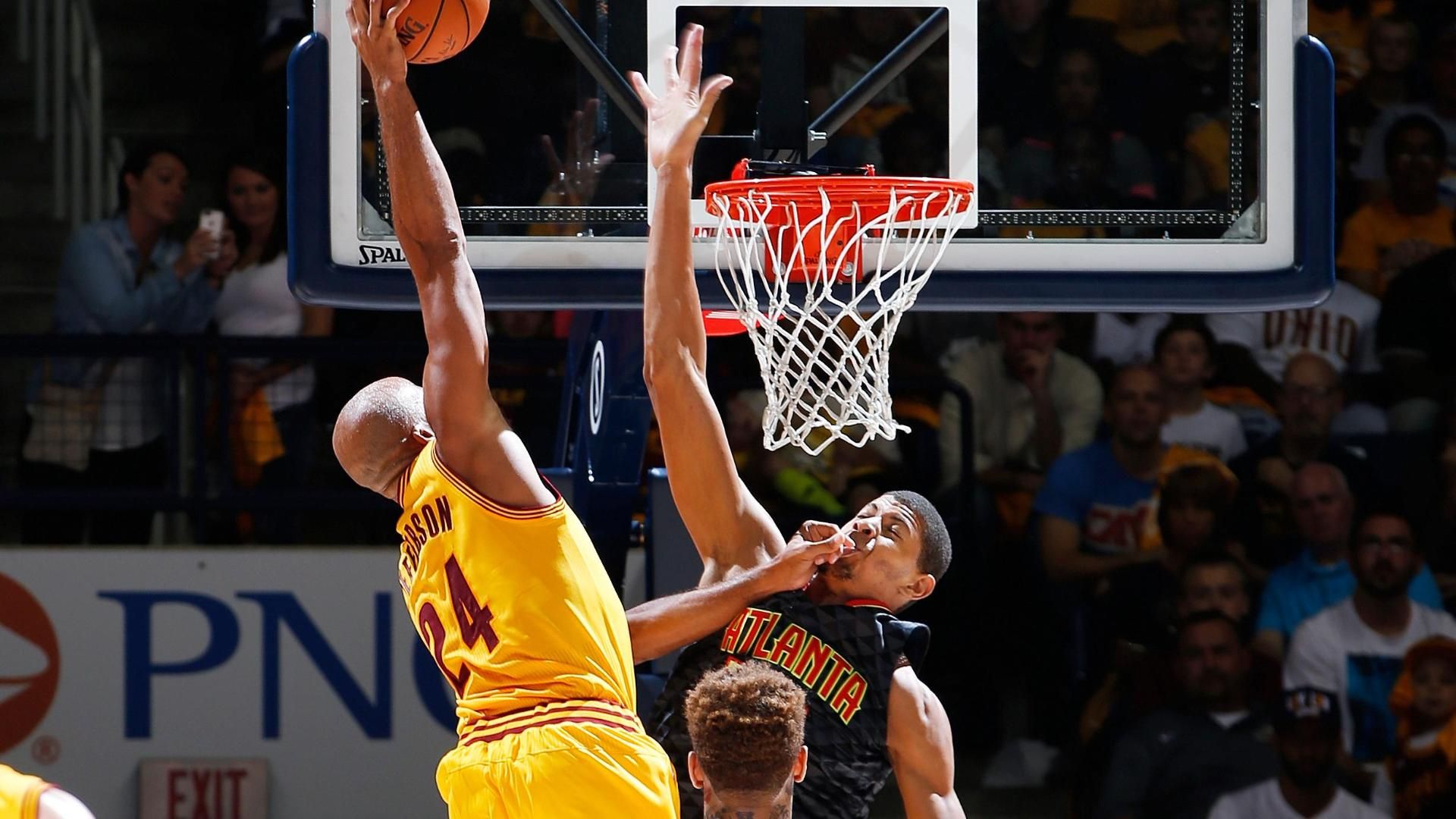 An NBA journeyman who has seen it all, except for one thing, Richard Jefferson’s story is one that offers a lot of good takeaways for anyone who is willing to listen.

He has been an All Star, an Olympian, and a back-to-back Eastern Conference champion. On the flipside, he has also experienced watching his former teams win the title shortly after his departure, becoming a part of the most disappointing team in the proud history of USA Basketball, and seeing his role shrink from year to year.

Luckily for us, he was able to bare his career highlights and lowlights in an interview with ESPN’s Dave McMenamin. Here are some of Jefferson’s takes on a few things from his career timeline.

On being a member of the Cleveland Cavaliers:

I think being in a group that’s lost in the Finals — and I have been twice — there’s a focus that comes into training camp. Guys are a little pissed off. Guys are a little edgy. There are some injuries here and guys are trying to get healthy because they want to get on the court and get back and they want to compete. Especially when they feel like they can play better. So, it’s good to be a part of it.

The best coaches I’ve seen, that I’ve been around are people that are stern but they also have a personality to make you laugh. There’s some guys that walk in and they just know numbers and they know basketball, but their personality is s—. And then there’s some people that are great guys and you love them to death and you’d have them over your house for dinner, but you wouldn’t want them coaching your kids’ basketball league. He has a great personality, he’s funny. He’ll yell at you, and then two minutes later he’ll say something to make you laugh and make the whole group laugh; that’s a rare combination in coaches today.

On ditching the Mavs to join the Cavs:

We were sitting there just kind of chatting it up, and I was like, ‘Mark, I was going to have to leave.’ And he was like: ‘Richard, I wouldn’t have blamed you. I would have understood.’ I was like: ‘I’m glad, because I wanted to come back. I’m glad we got some free agents and there’s something to build on.’

And so fast forward a week or so and all this starts crumbling down. Now, I’m a man of my word and I kind of waited like a week or so to see what was going to transpire and what was going to develop and I was like, ‘Mark, if you guys lost out on free agents because I committed, then I’ll stay for this year and then I’ll go someplace else.’ He was like, ‘No, Richard, I understand.’ Because I had spoken to him and I had told him: ‘Hey, I would have had to go someplace else. The makeup of this team is probably not advantageous for where I’m at as a 15-year vet.’ And so, he understood that. 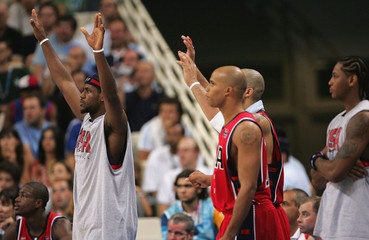 On being a member of the 2004 Olympic team, which LeBron James was also part of:

It was probably one of the more traumatic experiences in our careers. You look at the Larry Brown, Steph [Marbury], just the way that whole thing transpired. And it wasn’t by any means to blame them, but I think USA Basketball learned from their mistakes of just trying to put a team together last minute because that’s ultimately what happened. We were competitive, but we just didn’t have that grit and that togetherness that was needed. It’s good if you look at it like we were part of the group that ultimately changed the way we handle things in USA Basketball.

On his transition from being a star to becoming a role player:

It was a tough transition. Especially because I felt like I was a high-level player on high-level teams. We won a lot of division championships, went deep in the playoffs, so there was a lot of success there.

On Yoga’s impact to prolonging his career:

I cannot stress it enough. My one year in Golden State where I really didn’t play, it was the first year of my career that it was like that. I got my first DNP 12 years into the league. I had always been a player, a starter most of my career. So, I had my back lock up and it just wasn’t unlocking. I went and saw Alex McKechnie, who was a big Laker guy, and then I started incorporating yoga and it was something that I think now a lot of people are becoming bigger and bigger advocates of, but I’m the one holding the flag in the front of the line.

It’s just like: ‘Hey, look, athletes hate to stretch. Athletes hate to roll out. That’s just not the stuff that we do.’ But when you get into a room where you’re kind of trapped and you’re focused and you have to do it for 60 minutes, there is no greater [exercise]. You’re working muscles, you’re sweating. There’s more than just stretching. It’s a full-blown workout.

On his seemingly improved outside shot:

On his post-retirement plan:

Um, I truly don’t know. There are some other interests I have outside of basketball, and I respect the game and how much time it takes to be a head coach. I definitely respect that, and knowing Steve and all these guys, if I were to get into coaching, it would be either player development or head coaching. I really like to work with guys on a day-to-day basis, being in the gym, helping guys get better. Or trying to oversee a whole project. But we might go the Steve Kerr route. We might go the broadcast booth for 10 years, GM, back to broadcasting and then, ‘OK, I’ll take over a playoff team’ job. That might be the route I go versus going straight into coaching like Luke [Walton] or J-Kidd.

Catch more of Richard Jefferson this season as he dons the Wine and Gold colors in hopes of finally achieving that one thing he hasn’t had a taste of – an NBA championship. 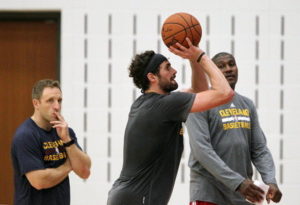