2017-18 Odds: Predicting the Season and the Potential Aftermath 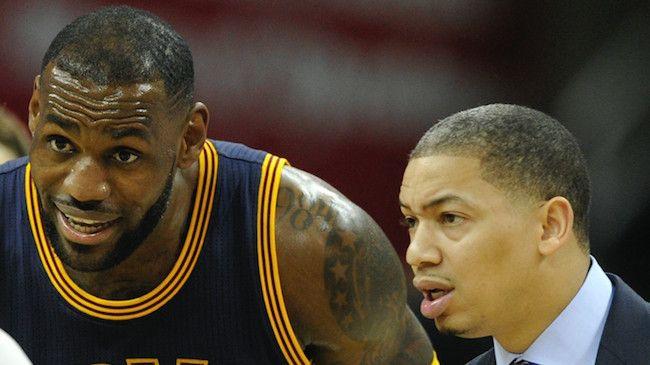 Sports Betting Dime has released their odds to win the 2018 NBA Championship.  The Warriors are heavy favorites to repeat as champions with 5/6 odds.  Next in line are the Spurs with 11/2 odds and the Cavs with 6/1 odds.

Other notable props have LeBron’s odds of winning MVP at 6/1 and head coach, Tyronn Lue’s odds of being fired at 15/1.

For a team that just went 12-1 in the Eastern Conference playoffs and has been to three straight NBA finals, the off season has gotten off to a rocky start.  Immediately after the finals, rumors began to spread about potential trades.  Carmelo Anthony, Paul George, and Jimmy Butler were among the targets, with Kevin Love being used as bait.  Fast forward a week and a half and there have been no trades, we don’t have a GM, and we have a publicly upset LeBron.  While these aren’t huge reasons to panic, the reality is the Cavs need an answer for the Warriors.  Also, LeBron only has two years left on his contract.  If no changes are made, things could get ugly fast.

With essentially the same team, 2017-18 could look a lot like 2016-17.  Let’s say the Cavs make it to the finals only to lose to the Warriors.  We could be in store for a coaching overhaul and major roster changes.  However, there is still opportunity to bring in a guy like Paul George as a counter-punch to Kevin Durant.  In which case, we could be looking at several years of competitive finals match ups.