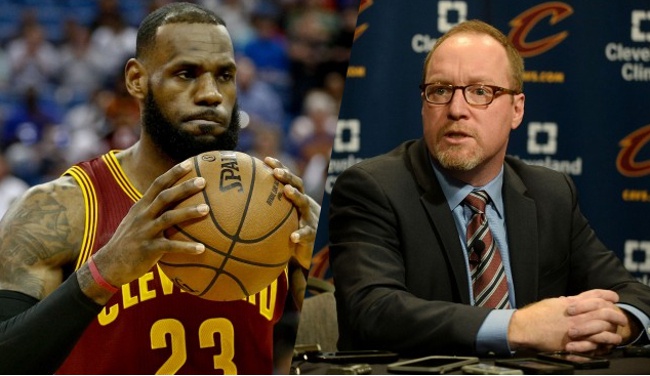 “Just couldn’t agree on future,” a source close to negotiations told Adrian Wojnarowski of the Vertical.

Chauncey Billups, who was a candidate to take the general manager job for the Atlanta Hawks, will be a primary candidate to succeed Griffin upon his departure this offseason, per Wojnarowski.

Billups has had an ongoing relationship with owner Dan Gilbert, as well as head coach Tyronn Lue — a good starting step when it comes to familiarity with the team and roster as the team will be forced to make delicate, but fast decisions this offseason — having the most inflated salary cap in The Association.

Griffin was a huge part of the Cavaliers’ most successful years in franchise history, being the string-puller of the return of LeBron James and the subsequent acquisition of Kevin Love to the roster.

The Cavaliers won their first NBA championship in 2016 in historic fashion and managed to acquire the likes of Kyle Korver and Deron Williams throughout the season, finishing second in the Eastern Conference and runner up for a second time in three years to the Golden State Warriors.

Griffin drew interest from different teams this offseason, including the Hawks, the Orlando Magic and the Milwaukee Bucks, who all since have filled their GM vacancies. Those jobs presented other opportunities for Griffin, but now gone proved leverage-less in negotiations with Gilbert.