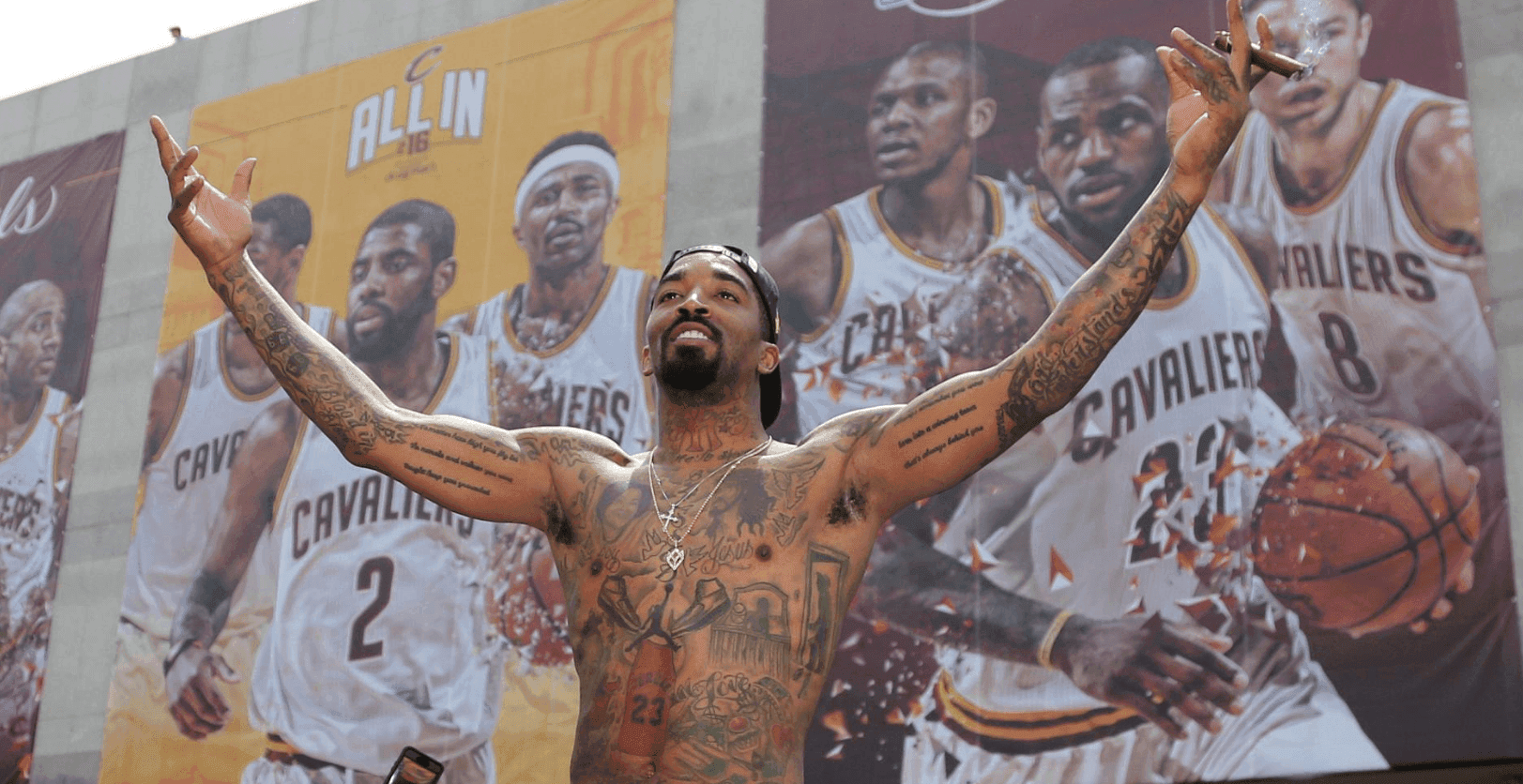 J.R. Smith has become one of the most recognizable figures in the NBA, and fans around the globe will never forget his shirtless march through Cleveland‘s championship winning parade.

On Wednesday night, the Cavaliers squared off against the Portland Trail Blazers inside Quicken Loans Arena, resulting in a 137-125 victory. During a break in the action, a few lucky Cavs fans were ushered onto the basketball court to answer the question: “What are you most thankful for on Thanksgiving?”

Both boys replied with a brief, but to the point response, saying:

“Because he made it cool to do this!”

The inspired fans then took their shirts off and flexed, mimicking one of Smith’s many signature celebratory moves. After seeing the two boys flexing so proudly for the cameras, Cleveland’s mascot, Moondog, decided to remove his jersey as well.

After the timeout, the boys were greeted near half court with hugs and high-fives from an appreciative Smith. It seems Swish is becoming an inspirational figure for young NBA fans.

We are all thankful for JR Smith. pic.twitter.com/ZJBsEQw2yE