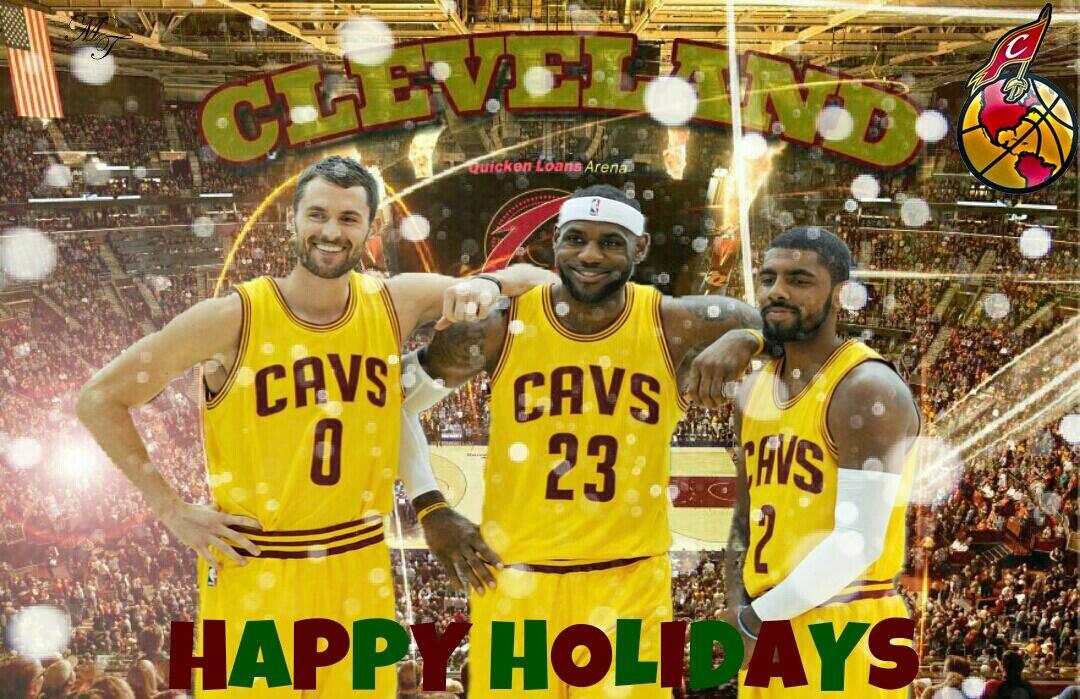 As LeBron James laces up his Nikes in preparation for his eighth consecutive Christmas day game against the Miami Heat, Cavs Nation decided to bring you his top performances on Christmas day over the years. We’ve crunched his numbers into our efficiency rating calculator, and we’ve ordered his performances from worst to best. Just a few facts before we get started:

This was the year Cleveland went and won 39 home games, whilst only losing 2. LeBron James and the Cavs played host to the Wizards, who were 4-22 entering the game. Though this was LeBron’s least impactful performance on Christmas, the Cavs still came out with the victory after trailing in the final minute, 85-89. They then went on an 8-0 run to seal the game, and narrowly escape what could have been their first home loss of the season; against a bad Wizards team to boot.

Continue the countdown of LeBron’s greatest Christmas Day games on the next page at #7!

Last year’s Christmas day showdown was supposed to be LeBron’s third X-mas day matchup with his GOAT accomplice rival, Kobe Bryant. However, Kobe reinjured himself prior, and had to sit out the game and the season. But even then, this game proved to be very entertaining as it was a close game throughout, and included an off-the-backboard alleyoop from Dwyane Wade to Lebron James.

Continue the countdown of LeBron’s greatest Christmas Day games on the next page at #6!

The Lakers were the defending champions and the Cavs, now retooled with Shaquille O’Neal in their rotation, come into Los Angeles for a heavily anticipated matchup of LeBron vs Kobe; East vs West. The Cavs would win in convincing fashion, but not before experiencing the wrath of the Los Angeles crowd, who, in a bout of frustration, threw yellow foam hands and water bottles onto the court late in the fourth quarter. LeBron still put up a great performance, but it was marred by his 7 turnovers this game.

LeBron always decks the balls with shots of glory in the holidays. On the road, however, he can sometimes play as the Grinch; here’s a Los Angeles fans throw foam fingers on court:

Continue the countdown of LeBron’s greatest Christmas Day games on the next page at #5!

This performance should probably be higher on the list, since it was 18 year-old, rookie LeBron James, carrying his team in a hard-fought effort against the Tracy McGrady-led Magic. However, the Cavs lost, LeBron had 8 turnovers, and McGrady won this matchup. Still, a spectacular performance by teenaged LeBron James in a thrill-ride of a basketball game.

Continue the countdown of LeBron’s greatest Christmas Day games on the next page at #4!

The first Christmas day matchup between LeBron James and Dwyane Wade. We’ll see the second matchup soon enough. In the meantime, we can lament over LeBron’s great 25-point performance vs Wade’s 22-point performance.

In a rematch of the 2012 NBA Finals between Miami and Oklahoma City, LeBron James turned in a near-triple double performance en route to a victory over Kevin Durant and the Thunder.

Continue the countdown of LeBron’s greatest Christmas Day games on the next page at #2!

Arguably LeBron’s top performance on Christmas day, against the two-time defending champion Lakers, James and the Heat come into Los Angeles and silence critics over their championship-level integrity. LeBron boasted a triple double in a dominating performance, while also shooting 5/6 from three point land. He outplayed Bryant’s 17 point effort in another heavily anticipated LeBron vs Kobe matchup.

Continue to the next page to see LeBron’s greatest Xmas day performance!

Here it is: LeBron’s best showing on Christmas to date. The Heat entered Dallas looking to get revenge against the 2011 NBA Champion Mavericks, and came out on top in a dominant game. Although the score doesn’t quite reflect Miami’s domination this game, LeBron’s stat line does. The Heat were up by 32 points in the third, before the Mavs made a small run to close the game.