Would Cavs Have Won 2015 Championship If Healthy? 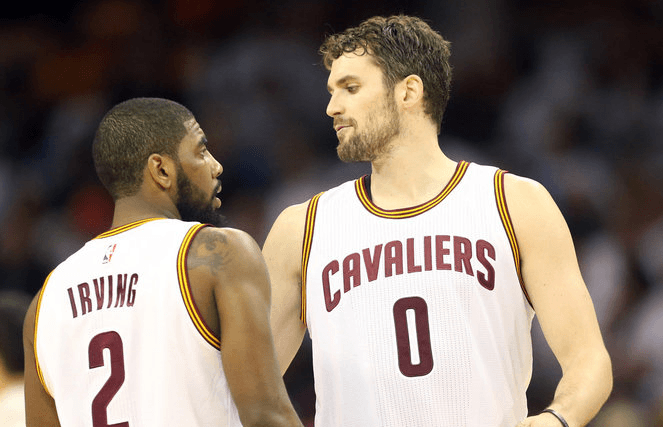 It’s no secret that the Cavs were heavily undermanned in the 2015 NBA Finals. What was supposed to be an NBA Finals for the ages turned out to be a major disappointment hampered by injuries (disappointing at least from the Cleveland side of things).

“I felt like we would’ve definitely won an NBA championship if we had everyone healthy.”

While it is a controversial statement by Kyrie Irving, it very well could be true. There is no way to truly know what the outcome of NBA Finals would be if Varejao, Irving, and Love were healthy.

The regular season is miles away from playoffs in terms of competitiveness, intensity, and the willingness to win, but it can still be a guide for the argument. The first of the two meetings during the regular season between the Warriors and the Cavaliers was in the Warriors’ favor. Golden State dismantled the Cavs with ease in a 18 point win (112-94), primarily because Lebron was on the bench recovering from injury. Kevin Love and Kyrie Irving totaled 40 points, 20 rebounds, six assists, and four steals. J.R. Smith added 27 points while shooting just under 50%. Despite this, the Dubs simply ousted Cavs with six players scoring in double figures, five of them being starters.

The second of the two meetings was different with the Cavs coming out victorious 110-99. This 11 point win was with both teams at full strength, although the Cavs were still missing Anderson Varejao. Irving and Love again totaled for 40 points along with 11 rebounds and a pair of steals, but the biggest difference maker was LeBron James, who had an efficient 42 points of his own along with 11 rebounds, five assists, and three steals. There were talks about James performance being better in the Finals due to Irving and Love being out with injuries, but this performance clearly shows that LeBron can go and get put up similar numbers while playing alongside Love and Irving. Another key is that Kyrie and Love have shown they can consistently combine for 40 points against the Warriors. Certainly, if this was the case in Finals, the story would’ve been different. LeBron would not have to run the entire offense, and others players wouldn’t be fatigued to step up to their roles.

You can never know who can rise and who can suddenly plummet when it comes to the NBA. While J.R. Smith had an absolutely spectacular East Semis and East Finals, he didn’t live up to the expectations in the Finals. Matthew Dellavedova’s gritty play throughout earned him many fans worldwide. After Kyrie left Game 1 with a fractured kneecap, everyone counted the Cavs out. However, the Cavaliers were still grinding, pulling off Game 2 and 3 victories to stun everyone but their fans. Dellavedova’s defense and LeBron’s offense were the highlights for the basketball world. But a short rotation of backups won’t get it done in a seven-game series. Fatigue played its role to the point where it sent Dellavedova straight to the hospital with cramps, and LeBron to a long post-game process to get ready for the upcoming games. This gave the Warriors the edge and comfort to exercise various options they had on the bench and allowed them to win the next three games and end a long title drought. If Kyrie Irving and Kevin Love weren’t injured, it would have given David Blatt the same flexibility, but instead these injuries caused the gritty group of players to eventually wear out and lose.

Despite the outcome, it would have been a memorable finals series if both teams were healthy. Current MVP vs the 4-time MVP. The team with the best record in NBA vs the hottest team going into playoffs. Kyrie vs Stephen Curry. Rookies David Blatt and Steve Kerr going at it. And both teams trying to win the title to end a long drought. One thing that would give Cleveland the edge in this case is the experience and leadership qualities that Lebron James possesses. If both teams were in fact healthy, the Cavaliers would likely have won as Kyrie stated because when you do put both the teams side by side and compare, Cleveland certainly has an advantage. They have young players like Irving and Love, a leader in LeBron, and veterans and experienced players such as Miller, and James Jones, and not to forget Tristan Thompson, Mozzy, J.R. Smith, and Shumpert who can step up anytime needed for Cavs. 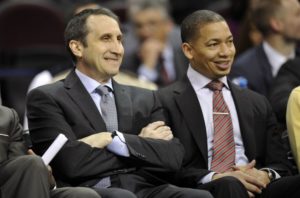