You Won’t Believe Who Stephen Curry Threw His Mouthpiece At 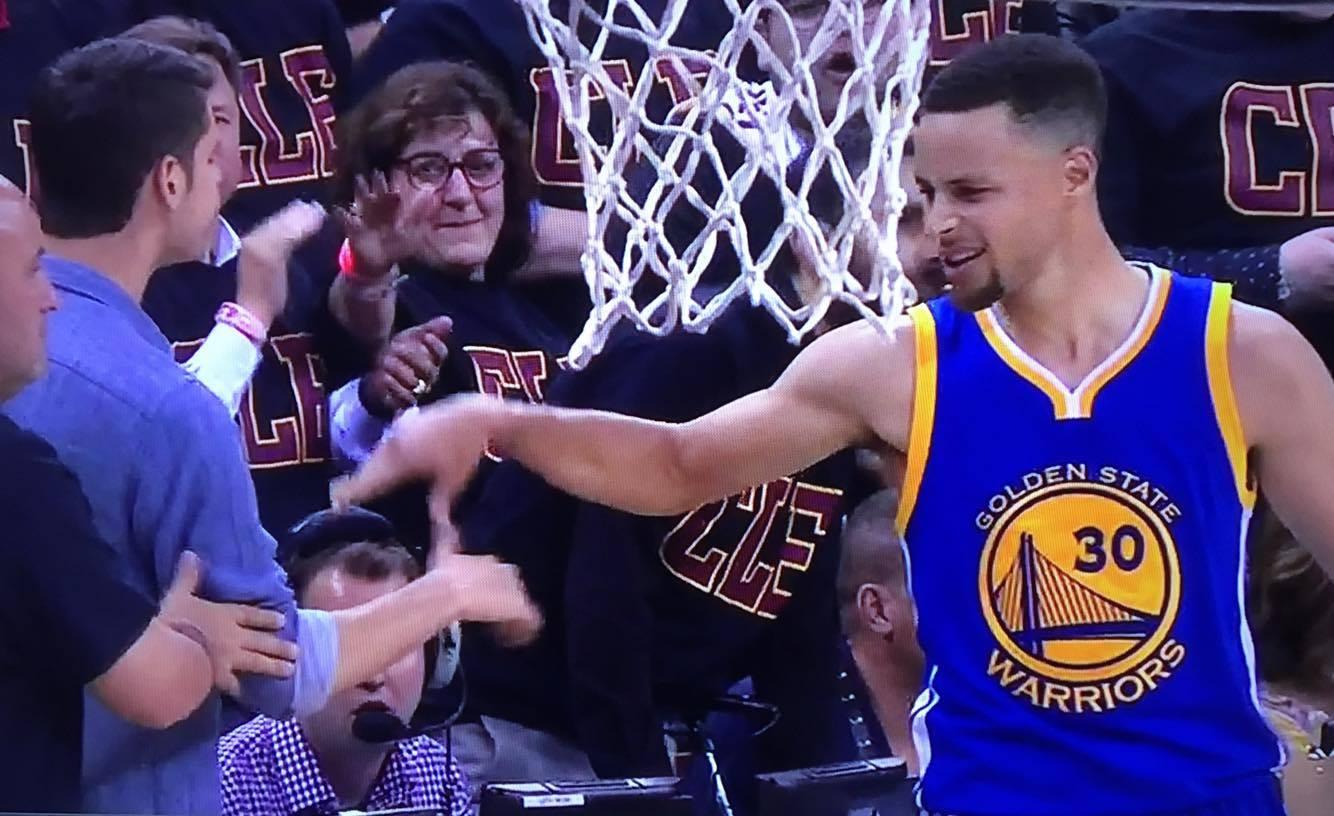 Stephen Curry drew his sixth foul of the game with just over four minutes to go. He then erupted on the referee, screaming and then throwing his mouthpiece at a courtside fan who didn’t even see it coming.

Curry was then ejected, and apologized to the fan before leaving the court. After the game, Jason Lloyd of the Akron Beacon Journal revealed who the guy Curry hit was.

Not that hitting someone else would have been any better, but hitting the son of the minority owner of the Cavs is quite bad. In a normal situation, the league would suspend Curry at least one game for striking a fan in the face with his mouthpiece, but this is no normal situation. Curry will likely just face a fine before the decisive seventh game on Sunday.