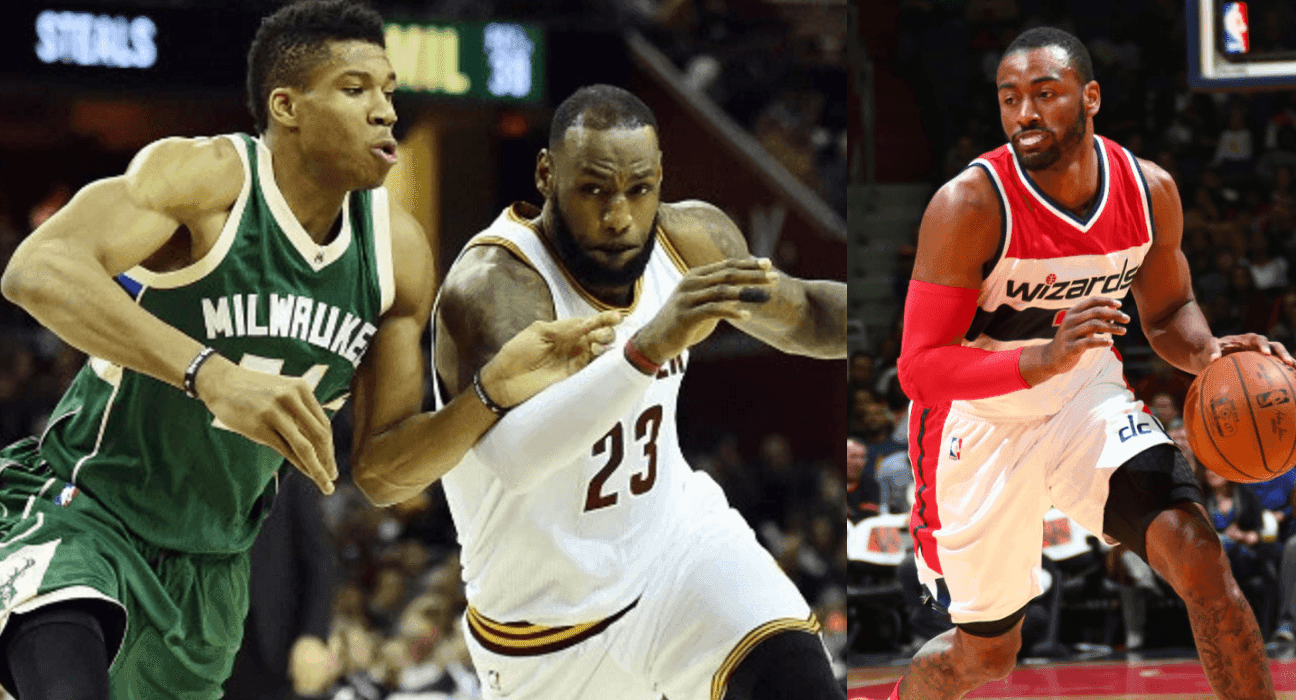 After the Bucks comprehensively beat the Cavs on their home floor earlier this month, LeBron James had some interesting feelings towards the young Bucks duo of Jabari Parker and Giannis Antetokounmpo.

Both dynamic youngsters have been brilliant this season so far, especially the “Greek Freak”, who’s been putting up all-star caliber performances each night. Despite James not paying much attention to the loss itself following the game, the Cavs small forward did have distaste towards the pair in their effort levels according to ESPN’s Dave McMenamin.

It was a strange response for James, who has openly spoken about his admiration for both players in the past, and stated they are both welcome to work out with him any time in the summer if they reach out.

As strange as that was, it might have had some meaning behind it, as Wizard’s star point guard John Wall has also taken offense to the actions of Antetokounmpo when the Bucks defeated Washington on Friday. Wall had these comments to say when the Wizards got their revenge on Monday night via Chase Hughes of CSN Mid-Atlantic.

“We felt like they whooped us badly, but also you’re just up 20 or 30 points, keeping your star player in trying to get his numbers we kind of didn’t like that. We took that personal. We didn’t have (anything) written on the board. We didn’t say too much. It was a lot more chippy, a lot more trash-talking than it was in the past. As long as we got the win, we’re fine.”

It looks as though the Bucks duo is making headlines not only for their excellent play, but also something behind the scenes which is rubbing superstars up the wrong way.

Wall had the last laugh though, posting 18 points and 16 assists in the Wizard victory, and James showed the Bucks how it’s done with a game winning three pointer from 33 feet.