Without David Blatt, What Will Happen to Timofey Mozgov? 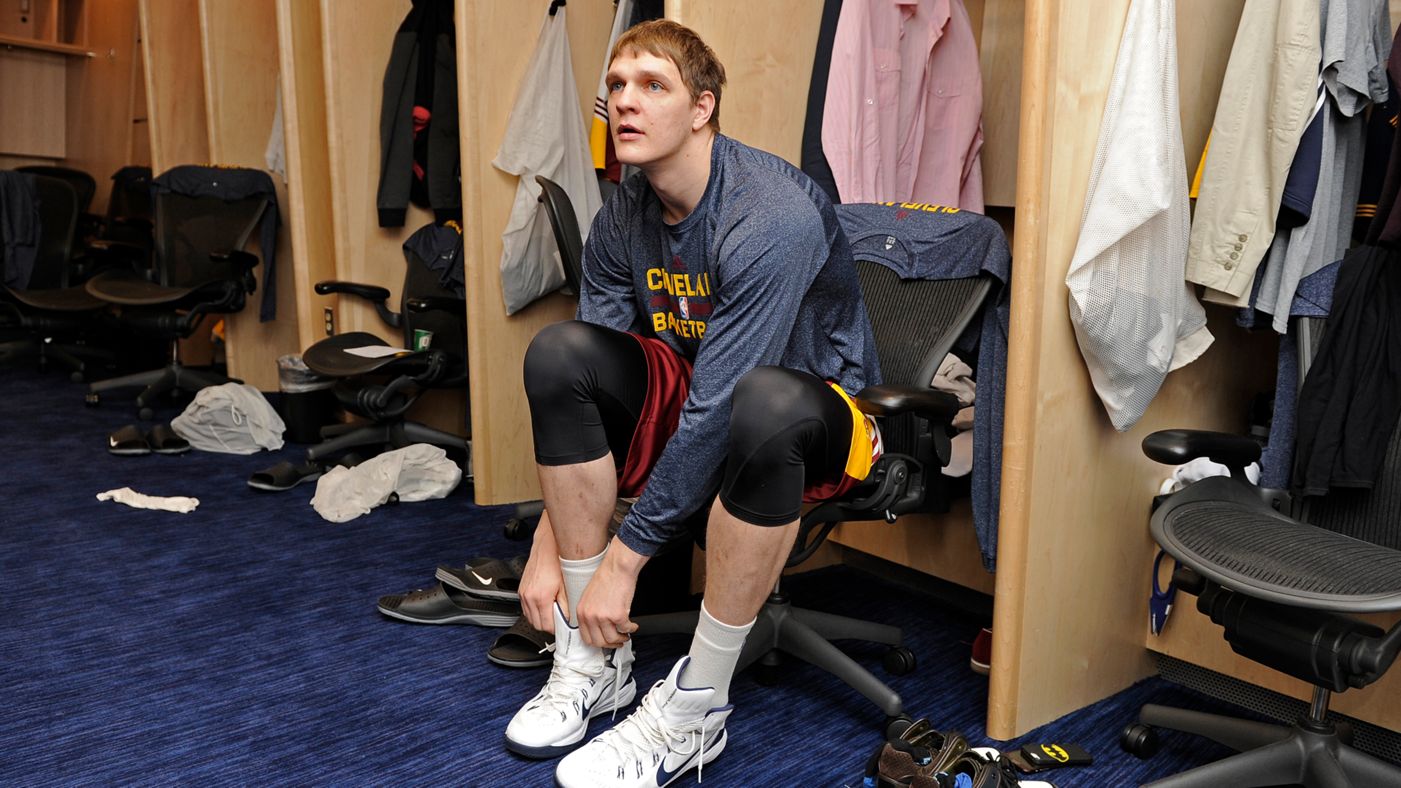 For a little over a year, seven-footer Timofey Mozgov has been the starting center (most of the time) for the Cleveland Cavaliers. The team acquired Mozgov in a trade with Denver last January for a couple of future first rounders.

A person who had a large impact on that acquisition was former Cavs head coach David Blatt, who was also Mozgov’s coach in the Russian national team. Obviously, given their history and relationship, Blatt vouched for the Cavs to go out and get him. Mozgov has been a very formidable role player for the Cavs over the past year as he greatly impacted the dynamics of the Cavalier defense, especially in the paint.

RELATED: Timofey Mozgov May Be Struggling, But He Still Keeps On Fighting

But now with Blatt fired and Tyronn Lue in, what does this mean for Mozgov’s future in Cleveland?

Mozgov started the year slow as he recovered from offseason knee surgery and this took a toll on his confidence. Last season, Mozgov averaged 10.6 points, 6.9 rebounds, and 1.2 blocks in 46 games for the Cavs. This year, his numbers are down to 6.4 points, 4.3 rebounds, and 0.7 blocks in only 17.7 minutes.

Even before Blatt was fired, Mozgov has been playing less and, as a result, Tristan Thompson was slotted into the starting lineup. He has been criticized for his inability to finish around the rim consistently, which is uncharacteristic of him, and that his hands are not as good as they used to be. Mozgov frequently drops lobs or misses what seem like easy dunks. But despite all these, he could still be a threat inside the paint, when he gets his confidence back, and is still the Cavs’ best rim protector.

Over the past couple of weeks, Mozgov has been the topic of many trade rumors. Although no specific destination has been mentioned, the Cavs have been reportedly shopping him. To me, it does not seem to make sense for the Cavs to move Mozgov unless he is a part of a big trade. Although his production is down and he is playing less minutes, his rim protection is the team’s only chance at consistently altering shots down low. He should also be very useful against traditional teams that play small-ball less such as San Antonio and Chicago.

Tristan Thompson is a decent rim protector, but nothing compared to Mozgov. If the Cavs were to move Mozgov for a wing defender (what they are said to be looking for), it would only solve one problem and create a new one. The Cavs could use another wing player but Iman Shumpert, J.R. Smith, Richard Jefferson, and that guy named LeBron James are enough to carry this team.

Without good rim protection the Cavs will be vulnerable against good teams. Mozgov may not be useful in a seven-game series against the Warriors, but does serve a purpose against the Spurs, Raptors, Hawks, and other teams the Cavs could see in the playoffs. The only way a Mozgov move would make sense is if the Cavs acquire both a wing defender and rim protector to replace him.

Losing David Blatt definitely did not help Mozgov’s chances of remaining with the Cavs, but unless they can get a really good deal for him, not necessarily better than two future first rounders, it would be silly to trade the big man. Coach Lue is a smart guy and good defensive coach. He understands the value of rim protection and what their center brings to the table.

Timofey Mozgov’s contract will be up after this season and he will become a free agent. So far, his current play has not helped his chances of getting a big payday this summer. Whether or not the Cavs decide to re-sign him this offseason is yet to be seen, but, they should definitely keep him around for the remainder of this year’s title run.