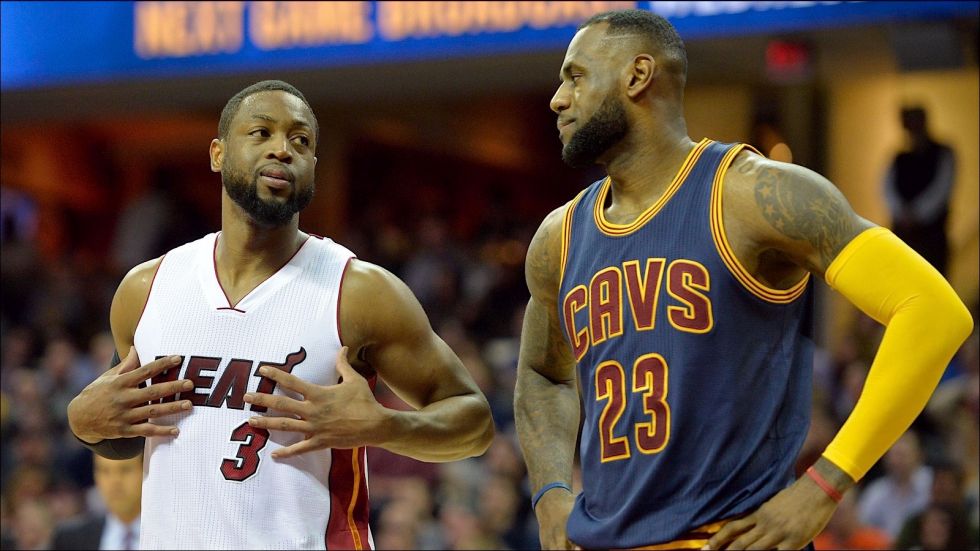 When LeBron James became a member of the Miami Heat, the keys to the city were given to him by Dwyane Wade and it resulted in two championships and four finals appearances in as many years. The veteran Miami superstar knew that he had to defer to James.

With the latter back in his home state of Ohio, the 34-year old Wade is enjoying a sort of resurgence in South Florida. Jason Lieser of PalmBeachPost.com wrote about how Dwyane Wade is feeling more love now from fans with him being back in the Alpha spot.

“It feels like ever since Bron left, my fans are cheering for me wherever I go. There’s no place we’ve been in where I don’t see a jersey of mine. I get fans’ support. It makes me feel good.”

“Obviously the last couple years I was missing games and I came to a lot of cities and wasn’t able to perform. So No. 1, I think a lot of people are happy that I’m in my uniform and No. 2, they’re happy I’m playing the way they want me to play. I’m able to go in my bag of tricks and do things like that. They appreciate it. It’s like my fans are rejuvenated with me.”

Call it as another one of the LeBron James effects. A player of Dwyane Wade’s caliber needed to give way for a talent like James to take over and lead the Heat to great success. But now that the four-time MVP is thriving in his second stint in Cleveland, Miami is once again Wade Country.

Obviously, Kevin Love and Kyrie Irving have both sacrificed their respective status as go-to-guys in order to build a dynamic as the new Big Three for the Cleveland Cavaliers. It’s a safe bet that these two stars don’t mind giving up time under the spotlight if it is a mean to end the decades-long title drought in Cleveland.