With their powerhouse roster in full health, the Cleveland Cavaliers have in front of themselves a good problem. For Jared Cunningham, the emotion is like a double-edged sword. The final cut from the Cavs’ training camp has been a pleasing member of the team up to this point, but he is also facing an uncertain future, at least for the next few days.

The Cavaliers have until January 10 to make a decision on whether to waive or retain Cunningham. In doing the latter, his $981,348 would become guaranteed. The amount of his contract plus luxury tax implications would seem like nothing to Dan Gilbert, but with the team already having five extremely capable guards, not even counting LeBron James who can play the point, the need for the 6’3” journeyman does not seem urgent.

Chris Haynes of the Northeast Ohio Media Group caught up with Cunningham for his thoughts on the uncertainty of his status.

“Whatever happens, happens. I can’t control the decision; I can just control what I do. The things I’ve been doing, I guess have been helping and they’ve taken a liking to it. So when that day comes, it’s just up to the front office and their decision.”

“I’ve been in situations like this plenty of times before so at this point, it’s out of my ability to control it. So I’m just playing and just living and doing everything day-by-day.”

In Haynes’ article, coach David Blatt also shared his admiration and admitted to the reality his guard is facing.

“I think Jared has done a great job since Day 1. I don’t think anyone has any questions about Jared’s ability to play for us, to help us, to play in this league. There are other issues at hand, contractual issues that are really not so much my decisions to make, but Jared has acquitted himself well here from Day 1.”

Despite averaging only 3.5 points in 12.2 minutes per game, he has made an impression with his defense, energy, and professionalism.

RELATED: Jared Cunningham Looks To Make A Lasting Impression In Hopes Of Sticking With The Team

Whatever happens to Cunningham, there’s no denying that he has been nothing but a good soldier in Cleveland. He even saw time in the starting lineup at some point and that speaks a lot about the mettle of this high-flyer. 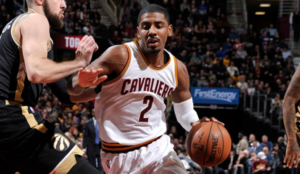