Will Tristan Thompson Lower his Contract Demand Any Further? 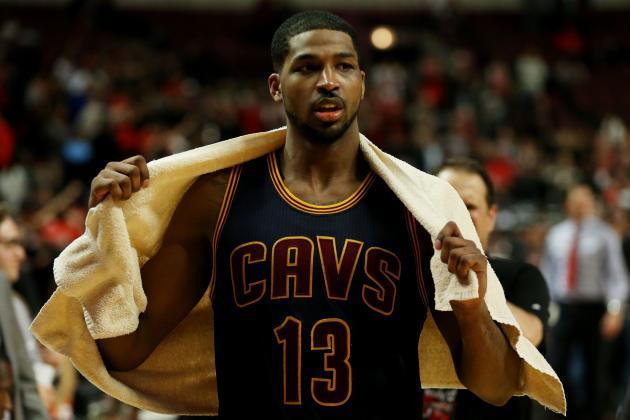 The contract negotiations between Tristan Thompson and the Cleveland Cavaliers has been an exhausting drama all summer for Cavs fans. Originally, Thompson wanted a max contract extension at 5-years, $94 million and the Cavs were only willing to offer $80 million over five years.

But, after false reports came out this week that they had reached an agreement of 3 years, $53 million, the truthful report is that Tristan is willing to sign that offer. The common fan will look at the difference in contracts and say Tristan is making a huge compromise. But, annually Thompson is only giving up $1.2 million dropping from $18.8 million to $17.6 million. Thompson making even a small sacrifice is much-needed progress in the negotiations.

The deadline for Thompson to either sign an extension with the Cavs or sign the qualifying offer is October 1st. That leaves Thompson with less than 24 hours. The fact that no deal has been struck after he made the small compromise should lead us to believe the Cavs are not interested in that deal. So, if an extension is going to be signed beforethe deadline, Thompson will have to lower his asking price.

The logical thing for the Cavs to do would be try to make another compromise with Tristan and meet him in the middle. Thus far, LeBron has not gotten into the negotiations, instead allowing the two sides to handle it themselves. Locking Thompson up with an extension is extremely important, the Cavs can not use this money on another free agent, only to retain the players they already have on the roster.

They are so deep into the luxury tax that it is just a matter of if Dan Gilbert is willing to spend more to win. In the past Gilbert has shown his dedication to the franchise and doing anything possible to win. An extension should be signed soon, really, but that has been said for months. If Thompson decides to sign the qualifying offer, another roller coaster ride is to be expected next summer.