Will Kyrie Ever Be Healthy Enough To Win An MVP Award? 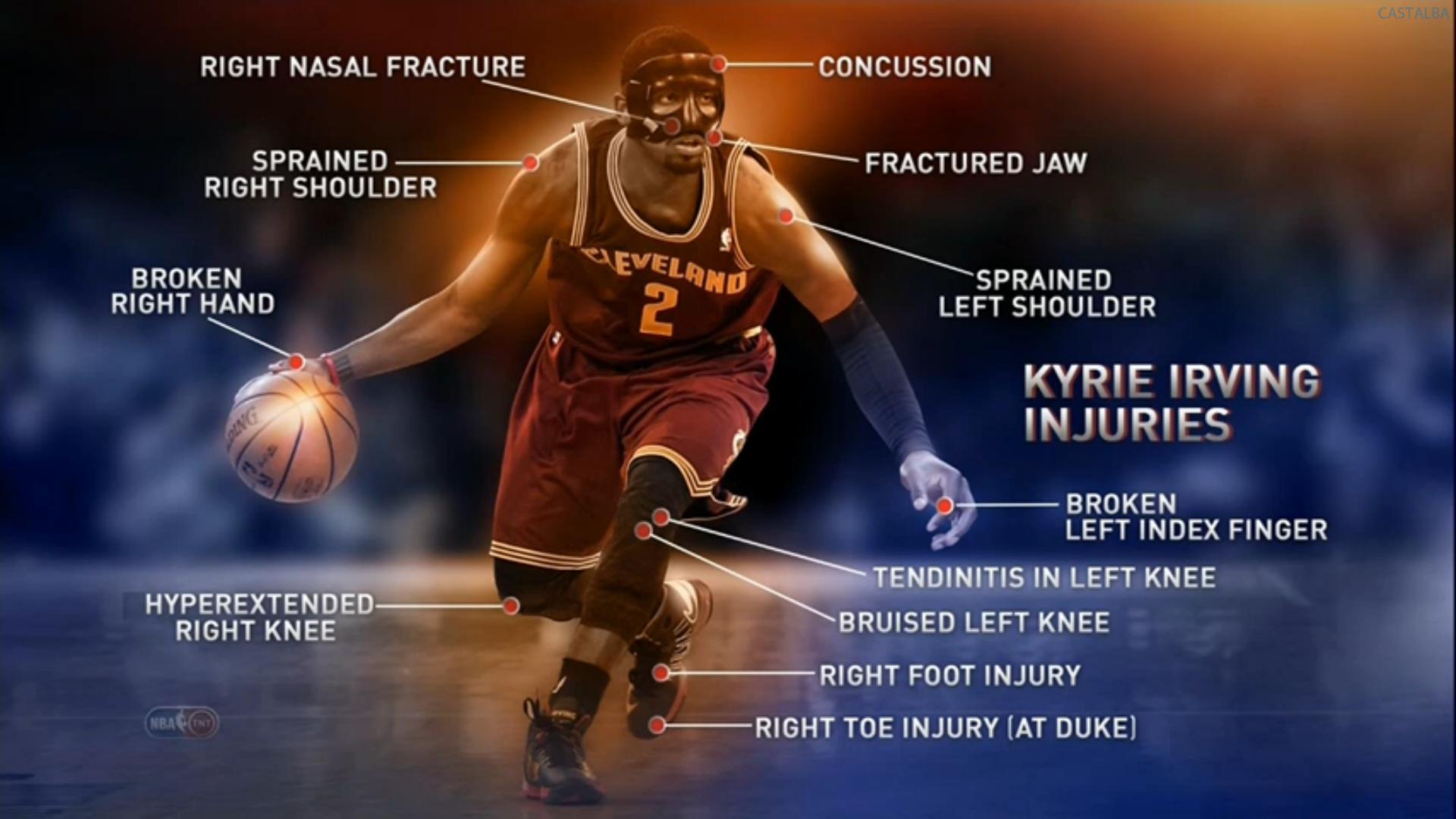 In the NBA, we as fans are so accustomed to hearing the same few names in the MVP race every year, with new candidates emerging every season as well. LeBron James and Kevin Durant are the two names that you commonly hear with a mix of maybe Chris Paul and another star player to round out the top four.

Just this past season, Stephen Curry, Anthony Davis, James Harden, and Russell Westbrook all emerged as potential players to overthrow Durant from his MVP throne. Ultimately, Curry won the Most Valuable Player award, but could you really add another name to contend for MVP on that star-studded list?

Kyrie Irving, often times referred to as Uncle Drew from his Pepsi Max commercials, is highly optimistic to come back strong this year from his season ending injury that occurred in the NBA Finals against the Warriors.

But will he ever be fully healthy and able to vie for the MVP award? Irving is a player who’s been hampered by injuries throughout his entire career. His injury history goes all the way back to 2010-2011, when he was a freshman for Duke University, where he only appeared in 11 games due to a right toe injury. Furthermore, Irving has also endured a broken right hand, a fractured jaw, and many others, including his most recent, which was the fractured left kneecap that he suffered in Game 1 of the NBA Finals.

Being that Irving just turned 23 years old this year, his injury history is quite alarming.

Due to his extensive injury list, you would perhaps be asking, “How could Irving ever beat out players such as Durant, Harden, James, or Curry to win the MVP award?” Throw in a few of those other All-Star players and you would undoubtedly think that Irving would have zero chance to win MVP at all during his career, especially when he is so injury prone and due to the fact that he is overshadowed by his fellow teammate who has won the award four times himself.

However, take a look back at one of his performances last season when he was not deterred by injury and maybe, just maybe, you will reevaluate your answer.

March 12, 2015. On this night, Irving dazzled fans with one of his most memorable performances by posting a career high in points with 57. Additionally, this was not just against a low level team. His performance came against the reigning NBA champions, the San Antonio Spurs. The Spurs have one of the best defenses in the league so it is very rare to see a player do what Irving did.

Furthermore, he had his 57 points while James was playing with him. Irving had the Spurs defense on skates all game as he dribbled with precision by using his arsenal of staggering crossover moves and likewise strategically using his teammates’ pick-n-rolls to get exactly where he wanted to go on the court. He did not miss a three-point shot and even dished out five assists as the Cleveland Cavaliers won the game, 128-125, in overtime.

Granted, one game does not make a player an MVP candidate, and he will not have 57 points every game, but that performance was unquestionably eye-opening and would make one ponder that Irving does have the potential to win the award.

The biggest thing that Curry had going for him was that his team had the best record in the NBA and he was the best player on their team. The worst thing that Irving has going for him are his injuries. Injuries are part of the game and are unavoidable, but Irving undeniably has all the tools needed to make a push for the MVP at some point in his career if he can, with any luck, remain healthy.

The Most Valuable Player is a regular season award and to his credit, Irving played in all but seven games during the regular season for Cleveland last year. The question is “Will Kyrie ever be healthy enough to win an MVP award?” The answer, depending on whom you ask, is a resounding yes.