Will Hack-A-Drummond Prove Effective For Cavs In Series Against Pistons? 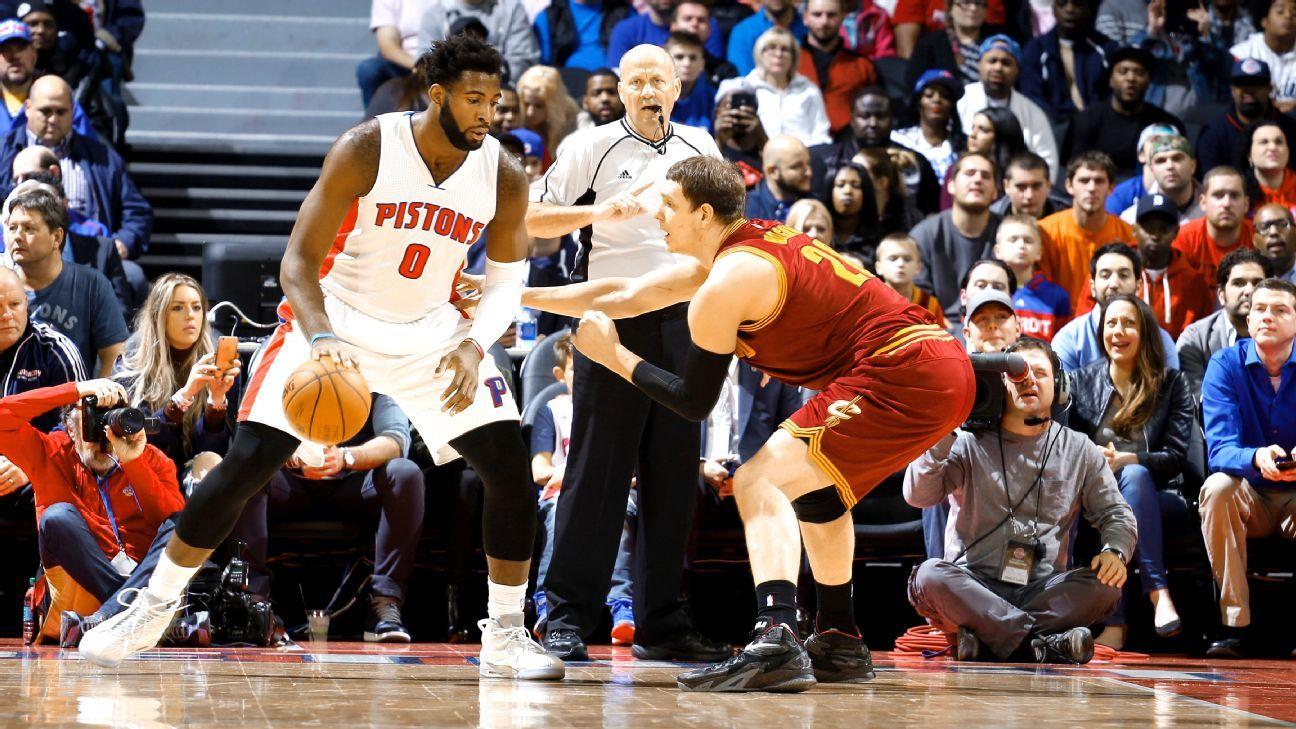 With the regular season now a thing of history and the matchups set, the Cavaliers are ready to take on the Detroit Pistons in the 1st round and Game 1 is scheduled for a 3:00 p.m. tipoff on Sunday in Cleveland.

RELATED: Cavs Bench Will Have To Prove Effectiveness

What is interesting and worth noting is that the Pistons beat them in the season series, three games to one. The thing about Detroit is that they are a team Cleveland cannot take for granted or overlook for that matter. One of the issues in this series will be Andre Drummond. Many teams tend to opt using the Hack-a-Drummond strategy and this can sometimes backfire. Drummond is a notoriously bad free throw shooter, shooting 35% from the charity stripe this year and 38% for his whole career.

In one of the three games that they lost, the Cavaliers implemented that Hack-a-Drummond strategy. As mentioned, the strategy can backfire, and on that night they used it, it did. Interestingly enough, in what could be considered as a head scratching move by some, the Cavs deployed Hack-a-Drummond when they were leading the game. Moreover, it is worth noting that David Blatt was the head coach at the time. The Pistons were down by two points when Cleveland started intentionally fouling Drummond. He proceeded to make three-of-four attempts from the free throw line and gave his team a one-point lead. This essentially won the game for Detroit and it undoubtedly brought up the question post-game, should the Cavaliers have used Hack-a-Drummond?

With the series against Detroit looming, should Cleveland implement this so-called strategy at any point? Hack-a-Drummond could be useful, but it must be situation-dictated only. For example, say they are losing Game 1 and it is late in the fourth quarter, that would be a good time to intentionally foul Drummond. However, everything is hypothetical and simulated. It is hard to say what they should do until they are actually facing a deficit where it could be used.

As mentioned, Drummond is not a great free throw shooter. Often times coaches want to play the percentages rather than play for a defensive stop. When used properly, it can be very effective. There was a game in the NBA Finals last year that Cleveland was losing, they repeatedly fouled a poor free throw shooter in Andre Iguodala and cut the Warriors lead down.

Although, what can be said is that the strategy should never be used when a team is leading the game. It would be asinine to implement Hack-a-Drummond while Cleveland is leading during the late stages of any game. If they are trying to maintain the lead, then they should just play straight up and rely on their defense, which is very capable of getting a stop when needed.

If Coach Tyronn Lue thinks it would be something helpful for the Cavaliers at any point in the series, then it should only be implemented when they are losing. The hope from Cavaliers fans is that the team doesn’t have to face any deficits in the fourth quarter, but Detroit always seems to play them close.

If Cleveland plays up to their potential, then they are a very scary team. When LeBron James, Kyrie Irving, and Kevin Love are all clicking, they are very hard to beat. Additionally, they have players who are defensive specialists; so essentially instead of using Hack-a-Drummond to pull their way back into a game, Coach Lue could deploy a lineup that is defensive-minded mixed with scorers, and rely on his team’s defense for a comeback.