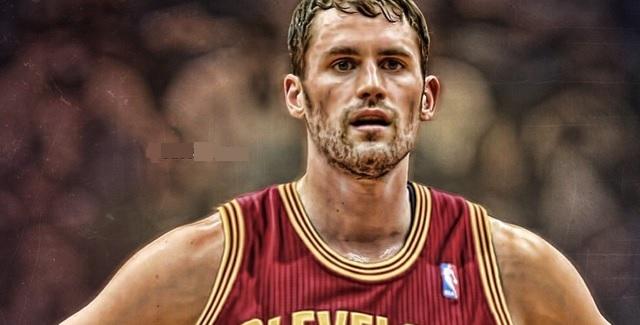 Alongside Tim Duncan, Blake Griffin, and Dirk Nowitzki, Kevin Love is arguably the best power forward in the league right now. From being a rebounding force to a dead-eye shooter, Kevin Love can do it all. There are a few concerns with Love, however. He hasn’t been able to play a full 82-game season since he came into the league in 2008-09 as he has been hampered by injuries left and right. Despite his incredible stats, Love was not able to reach his true potential with the Timberwolves. Love will have a new opportunity with the Cleveland Cavaliers but one of the main concerns is that compared to other big men in the league, Love is a below average defender.

No one can really avoid injuries. The best a player can do is perform stretching exercises, train hard, and listen to the training staff. The effects of playing with an injury vary, but it hasn’t been beneficial for Love. A player’s health can also be dependent on the way they play. For example, because Kevin Love plays the aggressive inside-outside game that so few big men in the league can play, he is prone to more injuries because he is nearly everywhere on the offensive end.

{adinserter 2} Kevin Love was the Timberwolves best player for four years, and although his statistics and overall game have vastly improved, his former team was always a bottom feeder in the Western Conference. Love did not have much help but during his time in Minnesota but he also did not help himself much either. He seemed to be the type of player who led by statistics. Ricky Rubio, point guard and former teammate of Love, spoke with BasketAmerican.com: “He is a special player, his numbers are incredible, but our leader must be other player. He is our leader in points and other things, but in voice he is not the player he can be or wants to be. There are different types of leaders. He shouldn’t have been out leader anyway, it should have been Kevin Martin, with a bit more experience, or I could take a step forward to be the definitive leader.” Love is going be a great addition to the Cavaliers, especially with LeBron James and Kyrie Irving as the team leaders. Maybe Love can also learn to develop that leadership role in Cleveland.

(Read more on the next page!)

Kevin Love’s defense seems to be the only thing that is really holding him back. Love has never been known to be a great defender even though he is a tremendous rebounder. He averaged a pedestrian 0.8 steals per game and an even worse 0.5 blocks per game in his first All Star season during 2010-11. Love played a total of 73 games during that season and finished with 45 total steals and 28 total blocks. A power forward usually does well in one or the other but the fact that Love is struggling in both categories is fairly worrisome. He was a lot better in the 2013-14 season, playing 77 games and recording 59 total steals and 35 total blocks, but not where the Cavaliers need him to be if they’re trying to make a deep playoff run.

{adinserter 2} A simple breakdown from basketball-reference.com shows that Love recorded 0 steals 32 times, 1-2 steals 43 times, and 3-4 steals 2 times. In terms of blocks, he had 50 games of 0 blocks, 25 games of 1-2 blocks, and 2 games of 3-4 blocks. According to player-tracking data on NBA.com, Kevin Love ranked 4th worst in Opponent’s Field Goal Percentage at the rim, allowing 57.4% shooting within 5 feet; He also allowed 9.1 field goal attempts under the rim per game, bad enough for 11th most in the league. His 1-on-1 defense isn’t as bad as it’s made out to be. It’s mostly his help defense or lack thereof. When Love’s teammates have been beaten off the dribble or lose defenders, Love was not there on time to help out, resulting in a lot of layups and open shots.

A power forward or center usually commit around 3-5 fouls per game, but Kevin Love only averaged 1.8 fouls per game last season. That’s not to say he needs to foul out every game, but he has to become more assertive on the defensive end and make opposing players work for their baskets. In 2013-14, Love had 51 games of 1-2 fouls, 13 games of 3-4 fouls, 3 games of 5 fouls, and 10 games of no fouls at all. However, his unwillingness to contest shots and foul keeps opponents off the free throw line. His 1.8 fouls per game was ranked fewest amongst the league’s big men.

Other than Kevin Love, the Cleveland Cavaliers have big men Anderson Varejao (31 years old) and Brendan Haywood (34 years old), neither of whom have the major defensive impacts that is required for a Championship level team. Even power forward Tristan Thompson, who although he is a decent defensive player, is more offensive-minded. At this time, Cleveland’s management has not gone after any solid defensive-minded power forwards or centers. Needless to say, new Cavs head coach David Blatt has a lot of work to do in order to make Love and Thompson play solid interior defense alongside LeBron James, who can help both of them on the defensive end.