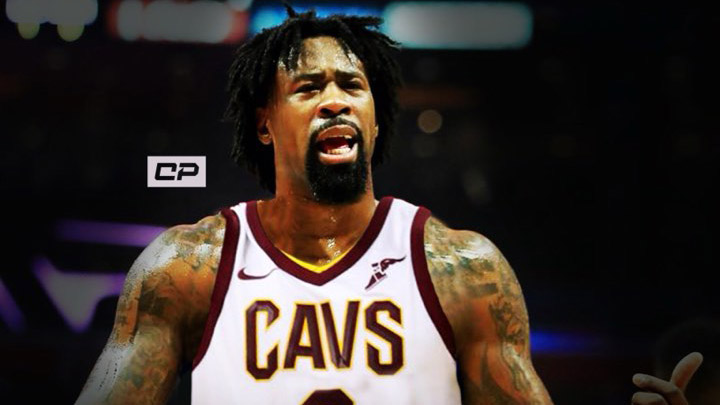 The Cleveland Cavaliers have been soaring lately, winning nine games in a row and battling through some injury bugs with Derrick Rose, Tristan Thompson, and Isaiah Thomas sidelined for various ailments. While the Cavs have been playing great as of late, there is still the looming concern about the center position.

For the majority of the season, Cavs head coach Ty Lue has elected to roll with Kevin Love as the team’s starting center and has had mixed results early-on with Love sometimes looking outmatched against some more traditional centers, and a defensive sieve in the pick-and-roll. The other problem Cleveland faces at the center position is when they roll with Tristan Thompson, also a power forward by trade, he too looks limited at times with everything culminating in a disastrous game against the New York Knicks where Thompson finished with 1 point, 0 rebounds, and 4 personal fouls.

Thankfully for Cleveland, there may be a possible solution that can solve all of the teams’ problems at the center position. The LA Clippers, looking to move on from the Lob City era after trading Chris Paul to the Houston Rockets, have been a huge disappointment out of the gates struggling through a nine-game losing streak. To make matters worse, recently acquired guard Patrick Beverley is out for the season after knee surgery, recently-signed forward Danilo Gallinari has only played three games in the month of November and is expected to miss a ton more time due to a hip injury, and finally, superstar forward Blake Griffin is now out for two months after this play (WARNING NOT FOR THE FAINT OF HEART):

Thanks to the head coach’s son injuring the best player in Clippers history, along with the fact that they are missing key pieces in Beverley and Gallinari, the Clips are expected to be looking to hit the reset button on the season and start rebuilding the roster for the future.

This is where the Cavs can swoop in by making an offer for Clippers center DeAndre Jordan and according to Cleveland.com’s Joe Vardon, they are considering adding Jordan’s talents to the roster by sending the Clippers a trade package centered around Tristan Thompson:

A league source believes this move, Jordan for Thompson, is one the Cavs would consider. How the Brooklyn pick figured in remains to be seen (Cleveland also has its own No. 1 pick), but if the Cavs felt Jordan was the only piece missing for them to take down the Warriors they’d have to consider this. 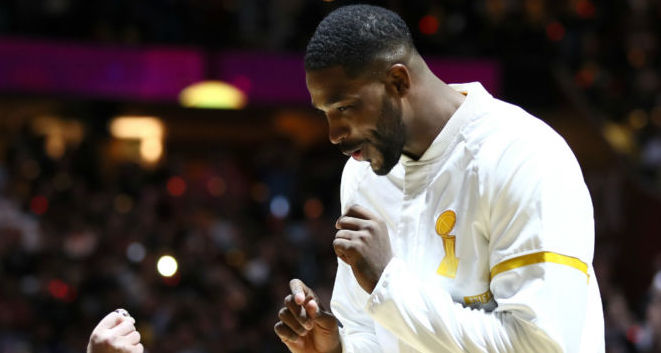 The most likely and probable trade to make this deal go down would be a package of Tristan Thompson, Cedi Osman, and their own first-round draft pick. For LA, this would help them jumpstart the beginning of their rebuild, acquiring a young center in Thompson and a young wing with a ton of potential in Osman. Plus, it would be a lot easier for the Keeping Up With the Kardashian film crew to consistently film in Los Angeles with Kendall Jenner dating Blake Griffin and Khloe Kardashian dating Thompson. (The Cavs would also be able to breathe easier with the reality sideshow not inviting themselves to practice just to film their show.)

While saying goodbye to Thompson, a fan favorite and someone from the 2011 Draft Class who did not mind playing in LeBron James’ shadow, would be hard, acquiring a player of Jordan’s caliber would be huge for the Cavs.

The biggest thing Jordan brings to the table is defense and rebounding, something that has him in the conversation every year for one of the top defensive players alone. As mentioned before, the Cavs have struggled mightily with Kevin Love defending the rim as the team’s primary center and the addition of Jordan would almost instantly get rid of that detriment to an otherwise solid Cavs defense. Adding Jordan would add an enforcer to their paint defense, as Jordan has a career average of nearly two blocks per game. Just picture how awesome it would be to see the block party Dwyane Wade, one of the best blocking guards in NBA history alongside Jordan roaming the interior. 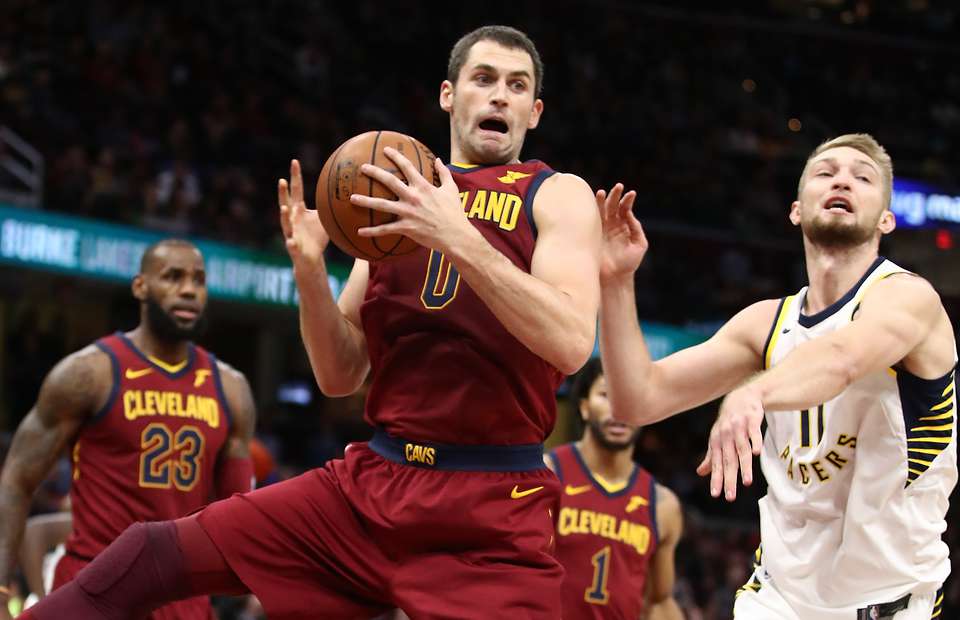 But speaking of Love, by acquiring Jordan the Cavs would be then able to play Love at his natural power forward position, something that can be vital in allowing Love to maintain his endurance through the long grind of the NBA regular season. With Love back at the four and Jordan patrolling the paint as an enforcer, the Cavs would easily have the best frontcourt combination in the NBA.

Speaking of the improved Cavs defense as of late, their offense has looked stellar lately too, currently ranked fourth only behind the Houston Rockets, the Golden State Warriors, and the Boston Celtics. In comes Jordan, who will not be a detriment in the slightest to a rolling Cavaliers offense. In terms of offensive ability, Jordan’s game is fairly simple with being a willing recipient in pick-and-rolls and decimating the rim on either putback attempts on all the rebounds he gobbles up or flashy lob passes. But seriously, look at how ferociously he can dunk the basketball:

Playing alongside LeBron James and (soon #SlowGrind) Isaiah Thomas, two players always looking to pass the ball, will help easily integrate Jordan into the offense and things will not skip a beat for the team along the way.

The last major component Jordan can bring to the table is the fact that he can be a deciding factor in how the team does in their inevitable matchup with the Golden State Warriors in the NBA Finals. In the Steve Kerr era of the Dubs, they have struggled mightily against defending centers, as Zaza Pachulia and Draymond Green cannot fit the bill for the team. Jordan would find super easy scoring attempts with the Cavs when they go toe-to-toe with their rivals in the Bay.

But, what Jordan brings to the table against the Warriors is also a double-edged sword. The Dubs have been obliterating teams with their “Lineup of Death” that allows them to play Steph Curry, Klay Thompson, Andre Iguodala, Kevin Durant, and Draymond Green at the same time that provides them a lethal combination of playmaking, defense, and of course three-point scoring. Jordan would have to be yanked right away in these scenarios against Oakland because he cannot defend the perimeter at all, unlike current Cavaliers center Tristan Thompson. 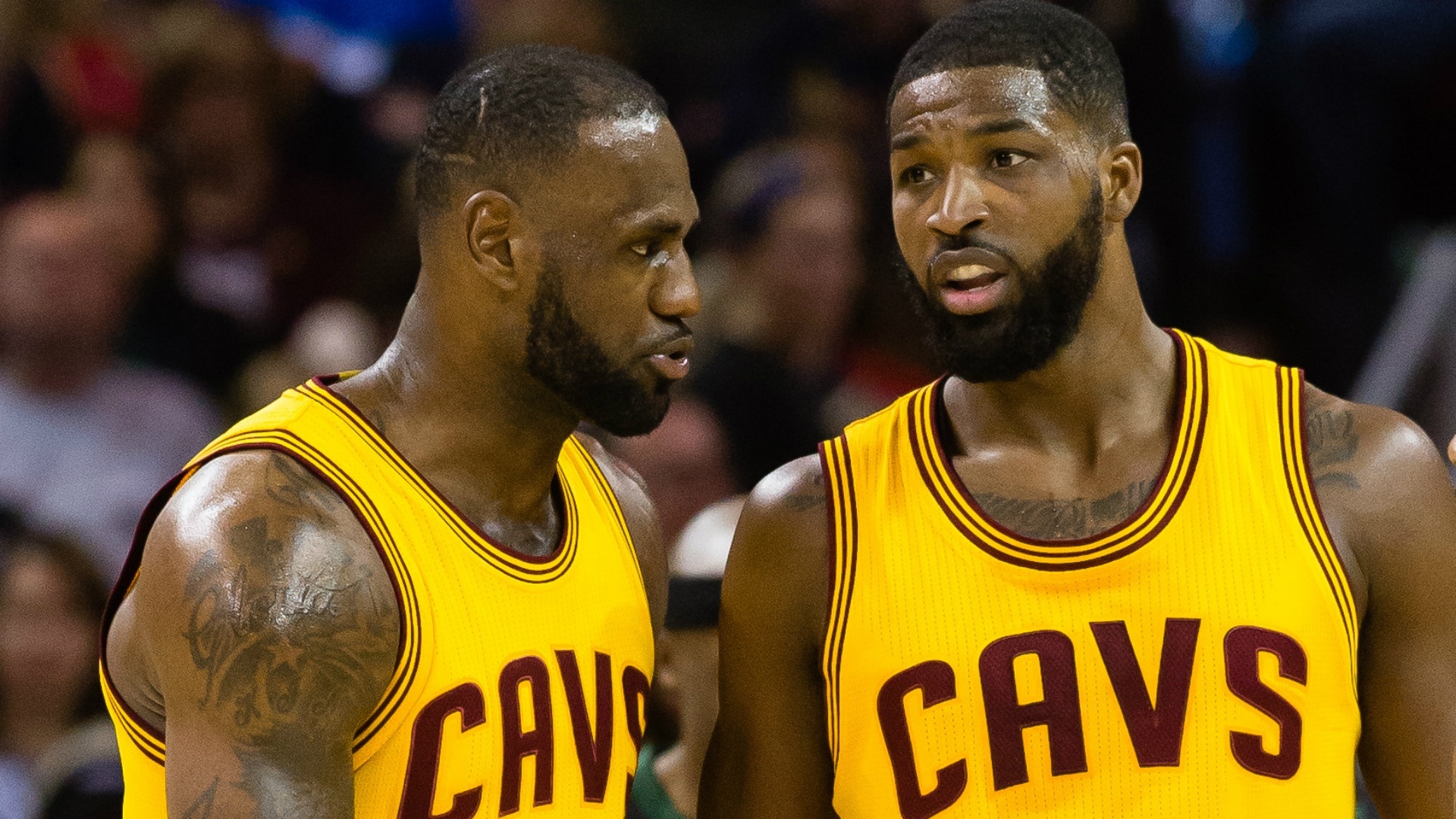 Because of this, the Warriors can nullify a major piece for the Cavs in bursts if they roll out this lineup unless Ty Lue can find a defensive scheme that can utilize players like LeBron James, JR Smith,  and Jae Crowder to mask Jordan’s inability to properly guard the perimeter. One possible thing they could do is put Jordan on Iguodala, not a traditional three-point shooter compared to the others, and hope that James, Smith, and Crowder roaming the perimeter make the difference.

The other major problem that comes with acquiring Jordan is the fact that he is a major liability from the free throw line. Besides Andre Drummond, Jordan is one of the worst free throw shooters in the league, and in NBA history with a career free throw percentage of 43.0%. While the Cavs as a whole are a solid free throw shooting team, the addition of Jordan will create plenty of frustration for the coaching staff and fans alike.

Flaws aside, the Cavs should absolutely make a trade happen for Clippers center for DeAndre Jordan. The fact that he is such a freak on the defensive side of the ball and that he is so easy to simply integrate into an already stellar offense for sure outweigh the flaws in his game against teams like the Warriors or the fact that he is a lost cause at the free throw line. The deal that should get Jordan wearing the Goodyear Wingfoot is a package of Tristan Thompson, Cedi Osman, and the Cavs 2018 first-round draft pick.

The only time the Cavs should hesitate is if the Clippers try and reach for the highly coveted Brooklyn Nets 2018 first-round draft pick. Simply put, the Clippers are currently free falling towards the bottom of the NBA and will more than likely end up selling low on Jordan to get some kind of return in the process. They probably will not be able to do better than the above-mentioned package and Cavalier fans should keep their peepers glued to the Wine and Golders as they fall in love with Jordan and his high-flying monster jams. 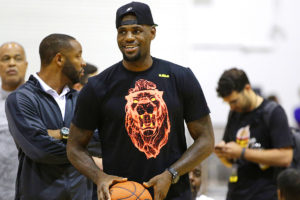