Why The Cavs Have The Best Bench In The NBA 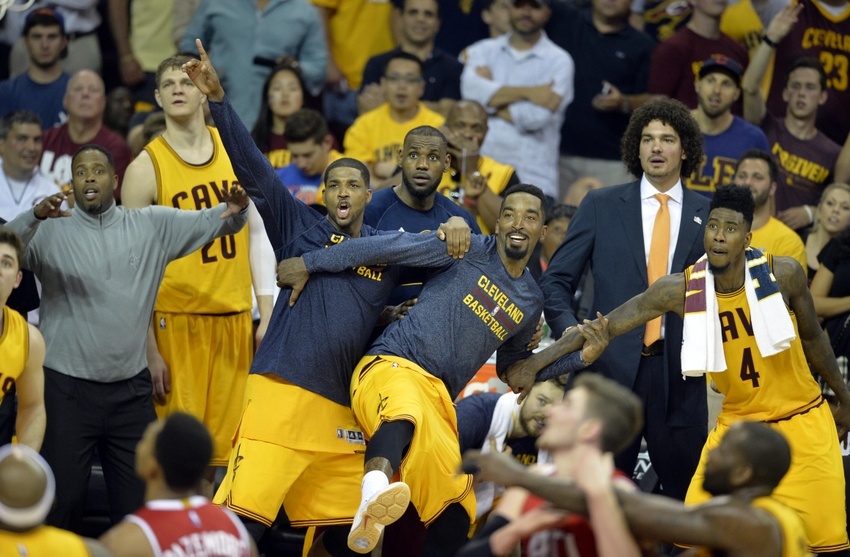 Once a weak spot for the Cavs, the bench players now form a highly skilled squad with both depth and experience. While they may not play consistent minutes like the starters do, the bench players are expected to go in and make a difference on the spot, night-in and night-out. With the additions of Sasha Kaun, Jared Cunningham, Richard Jefferson, and the return of Mo Williams, this bench squad may be the best bench that LeBron has ever had at his disposal. This brings up the question- do the Cavs have the best bench in the NBA? Let’s check it out.

To start, the players Cleveland has make up the best bench backcourt that the Cavs have had in a long time. The addition of Mo Williams alone gives the Cavs a solid starting-caliber player to spell Kyrie off the bench. Shumpert has gone through a string of injuries recently, but he was a top 10 defensive wing in the league just two seasons ago. Aside from that, both Shumpert and Williams make for some great spot-up shooting.

Tristan Thompson is arguably the best offensive rebounder in the game today, and his crazy chemistry with Matthew Dellavedova is really something special. Those two have at least one pick-and-roll that ends up in an alley oop dunk for Thompson per game. Add Thompson’s newly increased range, Delly’s great spot up shooting, and both of their defensive intensity, and you’ve got a duo that gives second units a lot to deal with.

Jefferson comes to the Cavs in search of a championship and his veteran defense, leadership, and shooting will be very valuable for the Cavs, who had trouble finding a reliable backup for LeBron James last season. Jefferson is way past his prime, but he still gets up like he’s back with the New Jersey Nets. Thompson, Shumpert, Williams, Delly, and Jefferson will be the main guys off the bench for the Cavs, as they have a unique blend of veteran and young players to bolster the second unit.

While the other bench players will not play prominent roles, they will be relied upon when other players don’t have their game going or may be out with an injury of some sort, as they are now with the injuries to Shump, Kyrie, and J.R. Smith. Joe Harris is a solid shooting guard, who is still developing, to have on the bench, with his ability to stretch the floor and play solid defense. James Jones will see a smaller role this season with the addition of Jefferson, but Jones is the Cavs’ best and most reliable three point shooter. He has the ability to go into the game at any given time and put up triples. Jared Cunningham is a NBA youngster who battled against Quinn Cook for the last roster spot. He is fourth at point guard on the depth chart, so he most likely will spend his season on the bench as an injury contingency plan. Similarly to Cunningham, Varejao and Kaun are also on the bench as injury insurance. They can both go in and provide solid, meaningful minutes off the bench when needed.

In terms of the Cavs having the best bench in the NBA, they do not. They’re probably top three in the league right now, but that is up for debate. The Clippers and Warriors likely have better benches than the Cavs, and the Spurs and Heat have very similar bench squads to Cleveland as well. The Clippers and Warriors bench squads both consist of quality starting-caliber players who play in such a way together that they make each other better. The Spurs and the Heat benches are similar to the Cavs in that they have a few youngsters mixed with a few veteran players near the ends of their respective careers. A big reason why the Cavs bench isn’t quite the best in the league is that they have only played 4 non-preseason games together so far. Time will tell which bench squad is better.

Also, when playoff time comes, it’ll be interesting to see which bench is able to help the starters with scoring and defense. As for now, the Cavs do not have the best bench in the NBA, although it is possible that this current bench could become the best by the end of the season. This will definitely be up for debate if the team is able to help LeBron in bringing a championship back to northeast Ohio. 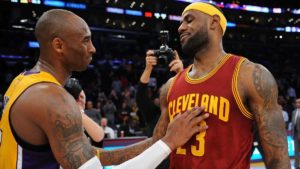