“They aren’t known as a three-point shooting team.”

Seems like a bit of an odd statement from a basketball analyst who is perhaps one of the greatest, if not the greatest, big-man of all time. A four-time champion, and a recent selectee to the Naismith Memorial Basketball Hall of Fame.

Former Cleveland Cavaliers center Shaquille O’neal made this comment during Tuesday’s telecast on TNT. He believes that not only are the Cavs not known for being a three-point shooting team, but also cannot win in such a way.

In case O’Neal hasn’t been paying attention, the Cavs were on a blistering pace with consecutive games of double-digit three-point shots made. They actually share the season record of 16 straight games with at least 10 three-pointers made, and the other team to do this are the Golden State Warriors. The Cavs just missed out on breaking the record against Indiana when they made ONLY eight threes.

Cleveland has not only been scorching from three recently, they have been knocking them down consistently all season. According to Basketball-reference.com, the league average for three-point percentage is 35.4%. The Cavs currently rank seventh in the league with a 36.2% mark. If they were below league average, it would be hard to argue with O’Neal’s comments. Still, it is hard to agree, or even understand where these remarks came off just based on statistics.

However, Shaquille O’Neal isn’t totally off on his statement. The Cavs have a tendency to “live-and-die” by the three. When possessions start to get deep into the shot-clock, or possessions become stagnant, they tend to settle for a frustrating amount of long distance heaves instead of attacking the rim and drawing fouls. This can explain why the Cavs rank third in the league in attempts with 2,409 after 81 games. 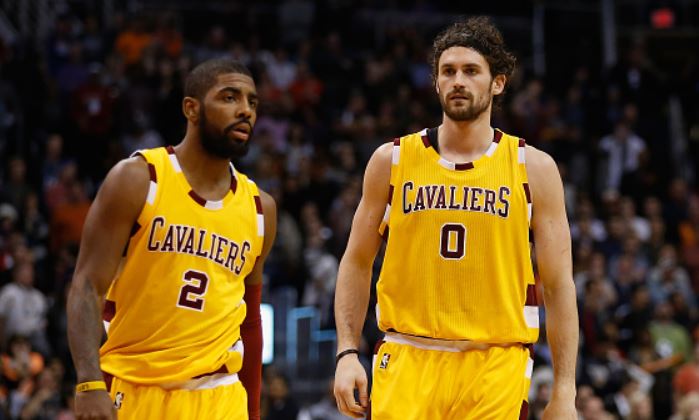 The NBA has evolved into more of a three-point shooting league, led by the Golden State Warriors, which many teams have tried to replicate. While they have nowhere near the shooters of Stephen Curry or Klay Thompson, Cleveland still has some serious knock-down shooters of their own. They employ six players with a three-point percentage of 36% or above, with at least 90 attempts everyday, and these are J.R. Smith, Matthew Dellavedova (both above 40%), Channing Frye, Richard Jefferson, and little used players such as James Jones and Mo Williams.

According to NBA.com, the Cavs rank fifth in the league with a 38.8% rate of three-pointers that are of the catch-and-shoot variation. Moreover, they rank in the top 10 in three-point percentage when a defender is classified as “very close”. This is when a defender is within 0-2 feet of the shooter. Furthermore, the Cavs rank second in the league with a little over 43% clip from shots taken 16 feet or further – well above the league average of just under 40%. The Cavs have shown that they can take (and make) threes with the best of the league, and will certainly have games in which they will seem like they cannot miss from deep.

However, when they do have games in which their jump shots are not falling, it is important for them to utilize their inside game and attack the basket more, instead of settling for the three ball. The Cavs have a lot of weapons and once they get firing on all cylinders, they will be an extremely difficult team to stop. 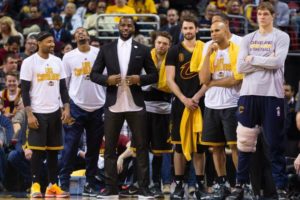