Why Mo Williams To Cleveland Makes Sense For Both Sides 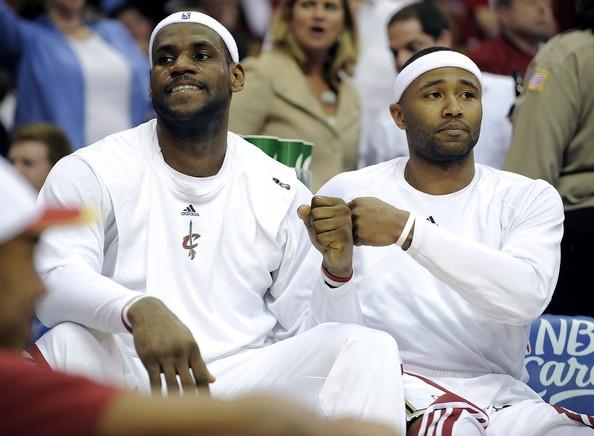 Over the past week reports have been put out that point guard Mo Williams is interested in returning to his former team. Williams played with the Cavaliers for 3 years from 2008-2011. Mo was a fan favorite and at the time, the Cavs second best scorer. He even made the all star team with the Cavaliers as a reserve. In the 08-09 season Mo averaged 17.8 points and shot 43.6% from deep. Both stats are the best of his career. It is obvious Mo still has the ability to score and contribute on and NBA team. He averaged 17.2 points last season with Minnesota and Charlotte. Williams also put up a huge game with the Timberwolves in which he scored 52 points.

RELATED: 12 Free Agents The Cavs Should Go After This Summer

The Cavs lack a legitimate backup point guard. Yes, Matthew Dellavedova had his moments in the playoffs and is a gritty scrappy fan favorite. But he is playing out of role getting so many minutes. Mo Williams is exactly what the Cavs need. He can come off the bench as a scorer and also facilitate and run the offense for the second group. He is a proven veteran who has been there before. The best part about his return to Cleveland is he will not be relied on like he was before LeBron’s departure. Not only will he be a more than serviceable backup, but he will be a great fallback option for the Cavs if Kyrie Irving were to be injured again.

The Cavs were undermanned and outnumbered in the NBA Finals. Picking up good veteran bench players who are ready to contribute should be their main focus this offseason. Mo Williams is not only that but also fills a need. If the price tag is not too high and Mo is willing to take a small pay cut to win, expect to pull your old Mo Williams jerseys out of the closet soon