Why Kyrie’s Olympics Scared Me 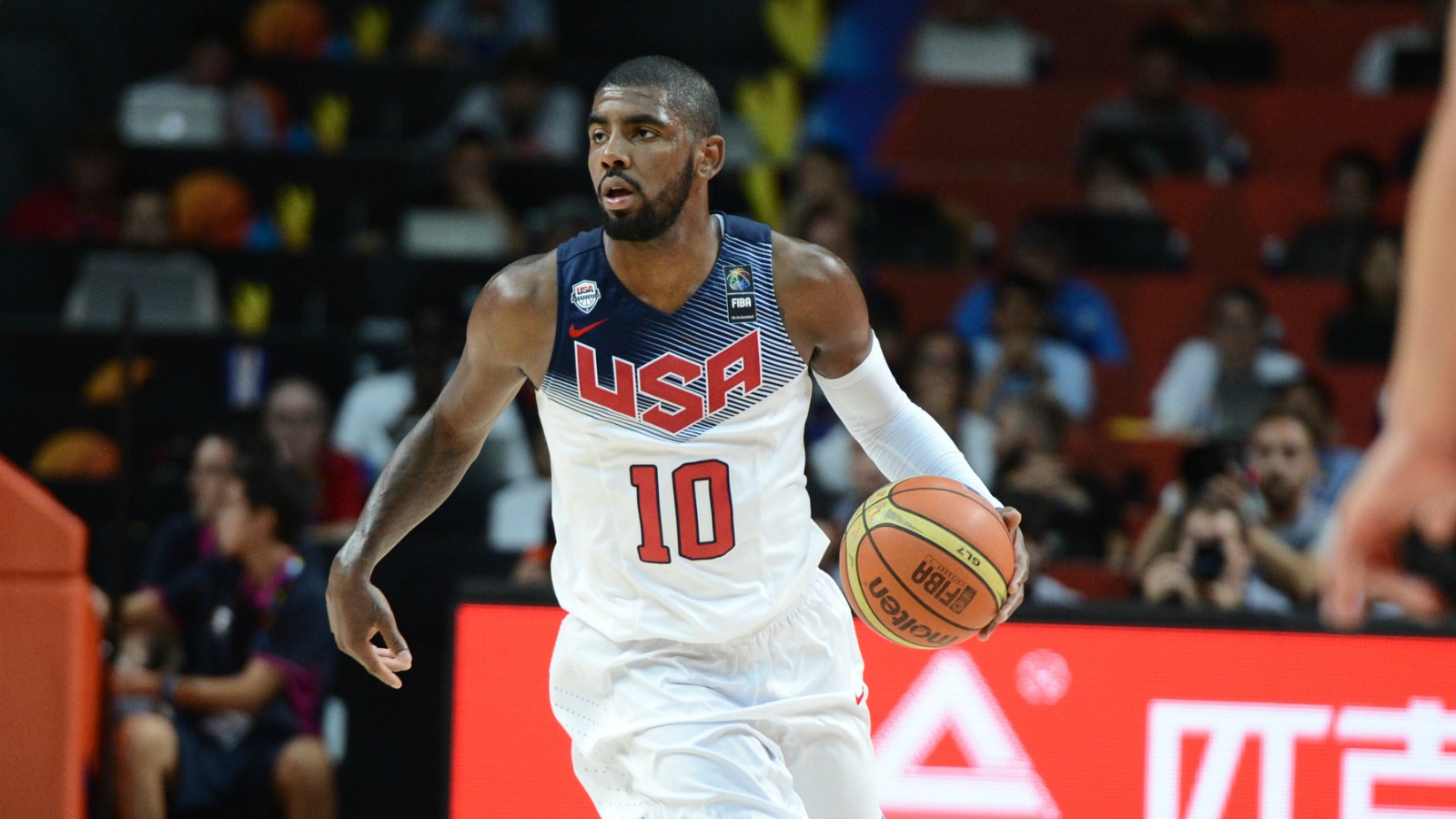 It’s a narrative that we thought was put to bed in the Finals: Kyrie Irving is terrible on defense. When he outplayed Stephen Curry on both sides of the ball, helping bring the Cavs back from 3-1, it felt like Irving turned a corner. Really, after Steve Blake beat him off the dribble in the Pistons series (twice in one game! Without a screen!), Kyrie appeared to right the ship. He stayed close to everyone’s body and slithered around screens in the final two rounds. Even when he got caught on a pick he wouldn’t give up on the play and would power through to play team defense.
Then the Olympics happened.

Offensively he could still do things like this, https://streamable.com/ju7y but defensively he was the point of attack for Serbia in the gold medal game. Think about that for a minute: Serbia played USA tight in the group stage of the tournament and decided that their best chance of beating team USA in the gold medal game was to attack the starting point guard from the defending NBA champions. Coach K put Irving on a secondary guard and slotted Klay Thompson on Milos Teodosic. Serbia, who runs an actual offense beyond “occasional high pick and roll, or just iso or whatever, man.” used screens and movement to get the ball into the hands of whoever had Kyrie on him. The gold medal game opened up for team USA while Kyrie was on the bench. It feels ridiculous to say, but when Kyle Lowry is putting up a +21 in the game and Kyrie is a +11, we’re seeing evidence that the team was playing better with Irving on the bench.

I should backtrack a little: Kyrie Irving didn’t play badly at the Olympics. He was fine. He scored relatively well and passed the ball as much as anyone (AKA not much) while being the starting point guard. It’s just hard not to notice that the bigger wins seemed to open up when Kyrie was resting. While this could be used as evidence in either direction, it also caught my eye that Irving basically played the most in the closest games and least in the biggest wins. Coach K has something to do with that, since he’s been in Kyrie’s corner for about seven years now, but one could argue that the more Kyrie played, the more the opponents hung around. It’s just another example of the thing we all fear with Irving.

The eye test is a scary thing in basketball because it often tells a much different story than statistics, but Kyrie was very mediocre on the eye test in these Olympics. As we saw above he would occasionally make his trademark leave-you-in-the-dust drives to the bucket, floating in a shot from 6-10 feet out, but if you go back and watch the first three possessions of the gold medal game it’s difficult not to shake your head at his start: Turnover, pound the ball, get beat on defense.

In fairness, this was an exceptionally bad 90 seconds, but if you didn’t watch all of the games and tuned in for the gold medal match, your first thought was “what in the world is this guy doing out there?” Coincidentally, that’s what Irving-haters say during the regular season: If his shots aren’t falling, he’s sure not doing enough on the defensive end to merit his All-Star status.

An optimist would look at all this and say that the real story is that USA’s opponents had decent starting units to keep Kyrie honest on defense. When they switched to their 2nd units, the rest of the world has no competition for a 2nd unit that features NBA All-stars. That’s the difference, and that’s why Lowry appeared to play so well.

I’m not exactly an optimist, so I see it a little differently. Regardless, it’s September and Kyrie Irving is the starting point guard for the defending NBA champions. While I’d like to see him continue to improve defensively, he could come over and punch me in the face and I would still thank him for hitting The Shot. 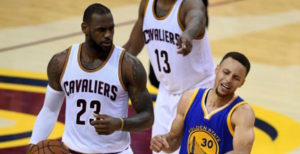