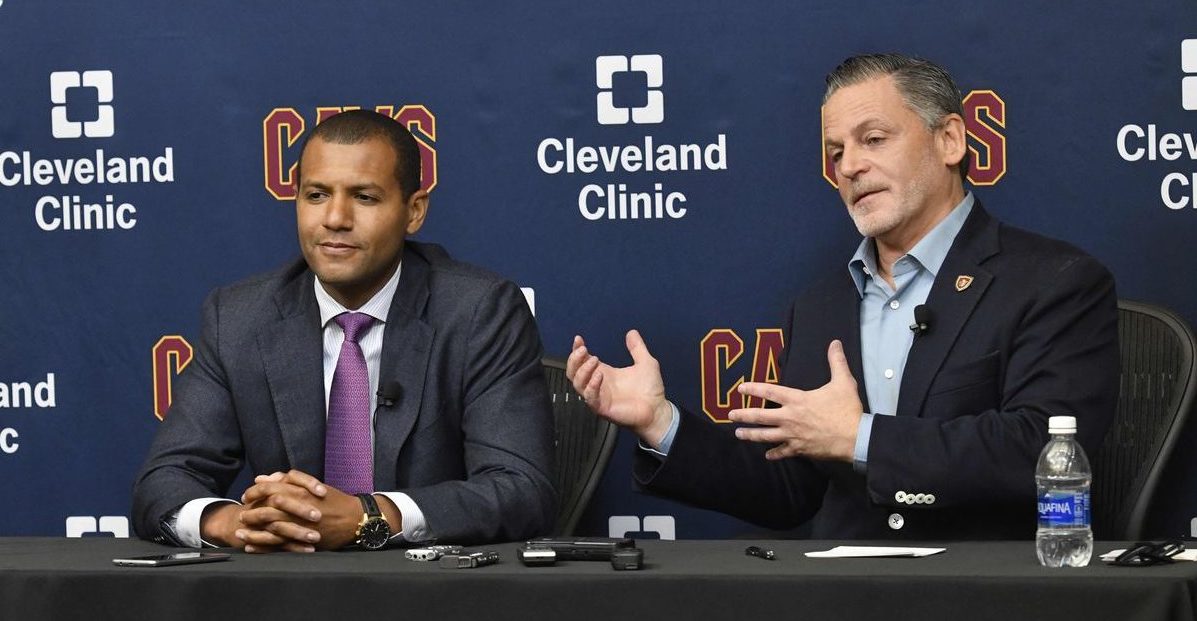 Soon after the Cleveland Cavaliers and former general manager David Griffin decided to part ways, the franchise was in a flux. Soon after the franchise took an even bigger turn for the worst with star point guard Kyrie Irving demanding to be traded from the team due to the fact that he no longer wanted to play beside LeBron James. Thankfully, the team has sailed as smoothly as possible through these rocky waters.

Thankfully, the team was able to keep afloat during all the chaos with interim-general manager Koby Altman running the front office alongside team owner Dan Gilbert. Before his promotion to interim-general manager, Altman served as David Griffin’s top assistant since 2016. Altman quietly worked behind the scenes and was able to make solid additions to a team with limited cap space by signing point guard Derrick Rose and forward Jeff Green to team-friendly contracts.

With his ability to handle adversity with one of the toughest situations to serve as a general manager, it was a near no-brainer for the Cavs to promote Altman to their permanent general manager. According to the Cavs, Dan Gilbert said on the Altman hiring:

“Over the past month, Koby Altman has led our front office group through this transition period, impressing many inside the franchise and outside the organization, as well,” Cavaliers owner Dan Gilbert said in a statement. “We are very excited that he will now be officially leading the basketball side of our franchise. Koby has the credentials, knowledge, experience, and instincts to be an outstanding general manager.

“In addition to these positive attributes and outstanding relationships around the league, Koby will inspire and impact the best possible culture throughout the organization. We are going to see a capable and passionate leader who will also cultivate new ideas and innovation. The speed of the game is ever faster on the court and in the front offices around our league. I am confident that Koby is equipped and prepared to lead and succeed in this dynamic environment.”

The fact that Altman learned behind one of the best minds’s in the NBA in David Griffin and that the franchise is currently at a crossroads cements Altman’s case as the Cavaliers’ general manager of the future. With Irving wanting out of town and James possibly looking to play in Hollywood with his Banana Boat buddies, Altman’s beginning as general manager can be defined in two ways.

Under Altman, the team right now is in instant contention mode with a big three of LeBron James, Kyrie Irving, and Kevin Love and is bolstered by a bench of crafty veterans like Green and Rose. This alone makes the team an instant title contender that may need some minor fine-tuning throughout the year. The before mentioned Green and Rose deals clearly show that Altman can create something out of nothing, much like his mentor before him.

If the Cavs do the near-impossible and knock off the vaunted Golden State Warriors, Altman would have a much easier time keeping James and the rest of the gang together and be able to sell the team as a title-contender on par with the Warriors. He would then be able to keep the Cavaliers as perennial Eastern Conference champions and assist James as he enters the twilight of his NBA career.

The other key moment that will define Altman’s beginnings of general manager is how he handles the Kyrie Irving situation. While Irving is arguably the best point guard in the Eastern Conference, many argue that he is more of a scoring guard that is a huge negative on the defensive side of the ball. But due to Irving’s ability to simply take over the game and mesmerize defenses with his crafty ball handling, he should be able to demand a decent haul in a trade to allow the Cavaliers to not only continue contending but also build for the future as well. According to ESPN’s Zach Lowe, the asking price for Irving is exactly that and Altman will not settle for less.

If Altman is able to pull off a move for Irving that lands them future draft picks and a young prospect like Phoenix’s rookie Josh Jackson, he would be able to grow as a general manager as he can continue to make moves that help build a foundation for the Cavaliers’ future.

With Irving quietly asking the front office to be traded the pressure is now on Altman to fulfill Irving’s request and move the disgruntled guard to a team other than Cleveland. The bridges have been burned as Cleveland fans, who are notorious for being brutal to players that snub their teams, will incessantly boo Irving every time he touches the floor for Cleveland. Altman has set his asking price and if he is able to reach it, he will allow the Cavaliers to continue to contend and also have future prospect to build a future foundation with.

There is never a dull moment this offseason for Cavaliers fans and the ability to have some stability in a very unstable front office with Altman will definitely help Cleveland for years to come. 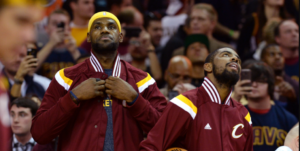