Why Kevin Love Is Worth The Max Contract This Offseason 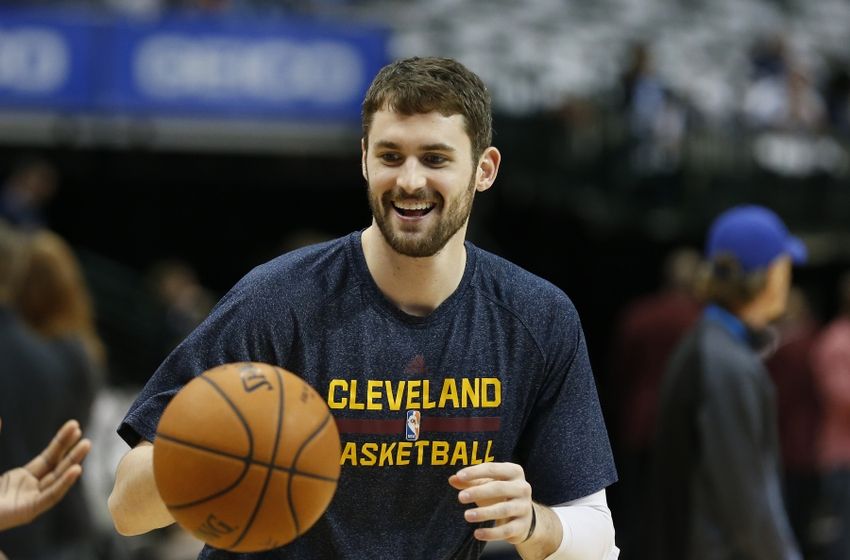 For much of the year, the news on Kevin Love has not been positive. His stats are down, he sometimes sits out the entire fourth quarter, and his relationship with LeBron has come into question. There are rumors about his unhappiness and where he will play once he is able to leave Cleveland, with the Los Angeles Lakers being the most talked about destination. He has publicly said that he will remain with the Cavs, but for how long and for how much money are the questions that the Cavs front office needs to answer. So is Kevin Love a max-contract player? That is what the Cavs will have to decide.

Before you answer for yourself, start with the facts. Love has a player option for next season. He has the authority to say ‘yes’ or ‘no’ to the Cavs, even before they have the option to offer a long-term contract. He has publicly stated that he wants to stay with the Cavs, but he has been vague about his timelines. He can make the decision to opt in to next year’s contract and hope for a bigger max contract once the salary cap increases in 2016. LeBron will likely do something similar to this.

So in 2016, should the Cavs give Kevin Love a max contract that will likely start in the low $20 millions and move up each year? My answer is a resounding “yes!” 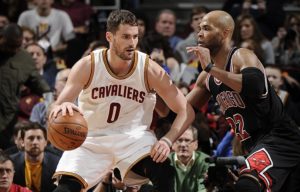 The Cavs should offer Love a max contract, not because of his individual level of play this year, but because of the level of play that he helps the team to reach. While he doesn’t like the term “stretch 4,” his ability to knock down threes and force the defense to guard him away from the basket has opened up the lane for LeBron and Kyrie. We are a worse offensive team without him on the floor because of what he does to allow other players to thrive. Tristan Thompson and Anderson Varejao are good players, but they cannot help the team in that area.

Love is also our best rebounder. He isn’t having his best individual rebounding season, but he still leads the team and is often the catalyst for fast break points. When he rebounds, the entire court needs to be guarded until he throws an outlet pass. And when he does throw an outlet pass, everyone else on the court is a threat to score, even Timofey Mozgov because of how hard he runs the floor. Our up-tempo game is deadly, typically equating to layups or open 3s, and Love’s rebounding often gets that started.

We should also ask ourselves this: With all of the negativity surrounding Love this year, do we really think he is going to get worse from here? He is 26 years old, and has just made the playoffs for the first time. He was the first, and sometimes only, offensive option in Minnesota, and now he can be the third or fourth on any given night in Cleveland. He hasn’t made the easiest transition to the Cavs, but he has gotten progressively more comfortable throughout the year.

Here’s a look at Kevin Love’s shot chart from 13 games in November and 13 in March: 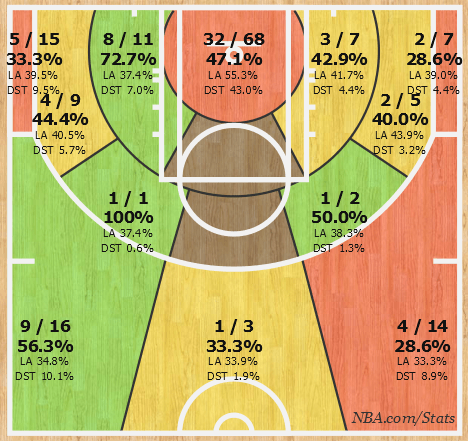 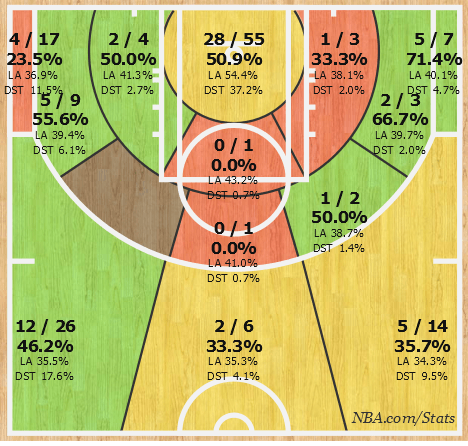 Love has gotten consistently better as the year has gone by so why would that change for the worse? Why would we think that he would have a worse year next year? And who would replace him? Tristan Thompson? Anderson Varejao? Another so-called “stretch 4” like Ryan Anderson or Channing Frye? My preference is to take my chances with Love and stay in win-now mode for as long as possible.

The Cavs will get a chance to make this decision for themselves, but if other teams are given the option to pay Kevin Love max money, several of them will. The Cavs need to be one of them if they want to make the most out of LeBron’s second stint in Cleveland. 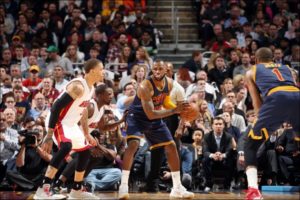