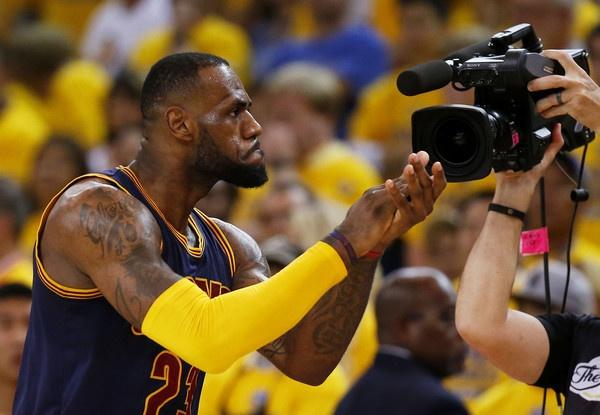 Not only did Cavs lose Game 4 by 21 points, they looked flat-out exhausted with Matthew Dellavedova and LeBron James having issues with cramps during the game. This was their third game in five days and as David Blatt agreed, it seemed to have an impact on them. To make things worse, the Warriors game plan came as a surprise to all as they went small with Draymond Green playing at the center position. This allowed them to run down the court and create early offense. With the Cavs tired and not being able to keep up with the Warriors’ fast paced offense, it gave Golden State a lot of breakaway points. Leaving Game 4 behind in what is now a Best-Of-Three series with an extra day of rest, the Cavs need to show a sense of urgency as they enter Oracle Arena for Game 5 on Sunday.

Two wins away from a championship, Cleveland gave up home-court advantage in the Game 4 loss and have just one home game and a maximum of two road games remaining. As of now, the Cavs need to eliminate all thoughts of pushing this series to seven games as they will be out of energy while going up against the Golden State Warriors, the desperate crowd, and history. Instead, they need to finish up this series in six games making the upcoming Game 5 a must-win. The Cavs need to go into a hostile environment and grind out a victory, somehow. This would allow them to close out the series on their home court with the supporting crowd. 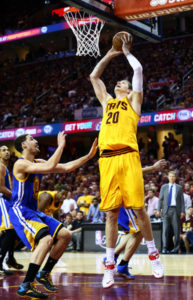 Whether big or small, Cleveland seem like they’ll be ready to counted the Dubs’ gameplan. Tristan Thompson stated that he is going to be crashing the glass and will put pressure on the defenders. Along with him, Mozgov needs to get rebounds, look for easy post-up options, and second-chance points. One of the keys, however, is to fall back to letting LeBron run the offense. In Game 4, a lot of offense was seen through Mozgov who had a game-high 28 points. However, that was largely due to the different defenses James was seeing from the single-coverages to the double-teaming. Letting LeBron be the offensive force he was in Games 1-3 will open up shooting areas and small pockets in the paint. James is smart enough to know that he has to slow down the pace of the game to their level of play, something that troubles the Golden State offense and defense. James did have an off-night in Game 4 as he said he was gassed, but that shouldn’t stop him from being aggressive as when it comes down to scoring at Oracle Arena. After all, he has the highest points per game average (31.1 points) in NBA history. Also, let’s also not discount the fact that we have seen some great performances by LeBron in must-win situations, so tonight should be no different as we look for remarkable one.

RELATED: 5 Reasons Why The Cavs Can Still Win A Champion

This crucial Game 5 needs to see Cavaliers make shots beyond the arc. They only shot a mere 4-of-27 from downtown in Game 4, and were a total of 6-of-29 on uncontested shots. J.R. Smith missed a lot of looks from the three-point line, along with Shumpert and Dellavedova who combined for 11 misses, a lot of them being open looks. The Cavaliers just could not get their shots to fall and this has to change. J.R. Smith needs to score off the bench and one of these three needs to have a big scoring night going for the Cavs to win Game 5. Delly once again needs to step up his game offensively and defensively like he did in Game 3, and shut down Curry for the entire game. Also, he should probably continue his gameday traditions by having his usual cup of coffee.

This Game 5 should be looked at like a Game 7 by the Cavaliers. If the shots are dropping and Cavs play defense like they did in Games 2 and 3, they would give themselves a good chance of winning. However, if the Cavs fall short in this game, it would be tough to win both Games 6 and 7 in the type of situation they’d be in. The Cavs were good in the two games they played at Oracle Arena in the Finals and forced them into overtime, and another outstanding performance could put them in a commanding 3-2 lead with home-court advantage in Game 6. It’s a best-of-three games as Cavaliers look to end a long championship drought.