Why Did We Need This? 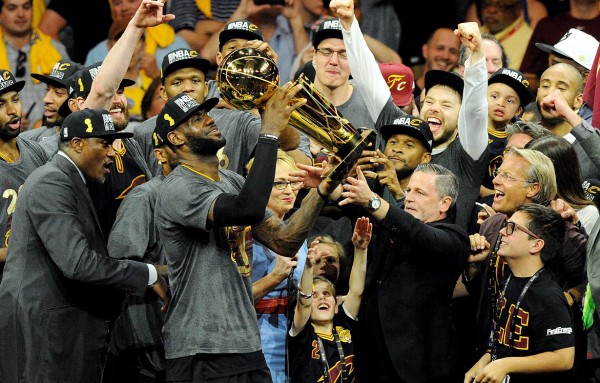 We are a town of losers. We have figured out how to accept the fact that we lose. In fact, some may say that we love to lose. We are professional losers. There’s no town who fails with more grace. We love our teams with our hearts and souls even though we know the likelihood of a win is slight.

Will the Browns ever see another Super Bowl? Let alone a win at one?

What about the Indians? Can they do it this year?

One could say that ‘the curse’ was broken when Stipe Miocic won the UFC belt. Not long after that, the Monsters Won the Calder Cup. Admit it, before June 12th, how many of us even knew what the Calder Cup was? Not because we didn’t like our hockey team – but because we just assumed any such trophy wasn’t in our future – therefore knowing of its existence seemed senseless.

Then, along comes this fellow from Akron who promised us everything. He was going to get his home state a victory. We were going to be champions. We’d heard words similar to this before. From other teams. From other players. Big words from a big man to a town with big dreams but little hope.

The first go around brought us close – but alas – no cigar. But, that was ok. We were losers. We knew what to do. Tail between legs, sit, pout, complain a bit, and wait.

Then, something happened. Something that for some of us could be sensed from game one of the season. Something different. Something new. There was a scent in the air. A crazy sensation in the pit of our stomachs. For many of us it was unidentifiable.

It wasn’t a perfect season. There were ups and downs. New players, one less icon, and the new coach. Could he really get the job done?

Finals came and we swept through Detroit and Atlanta like a Hoover with a race car engine. We lost two to Toronto, and then the big one started. There were doubters. That’s what we do. We doubt. We lose. But when the chips were down and the end seemed near… we knew. We KNEW it was going to happen.

I was sitting in a Buffalo Wild Wings in Massillon, Ohio when it happened. The entire restaurant erupted in cheers. We cried, we hugged, we yelled, we screamed, we pinched ourselves to make sure we weren’t dreaming. I hugged a stranger. I hi-5’d another. My daughter who is fourteen lost her voice she screamed so much. My cousin – who until a few days prior at his first watch party in Cleveland wasn’t even a fan – was jumping up and down like the rest of us.

Out in the streets cars were honking, people were screaming, we drove to Belden Village in Jackson Township to get shirts from Dick’s. The line was about two hours long but we didn’t care! We spent the time talking to people we’d never met about a game none of us could begin to play like the one we just watched. We talked about the team members, the coach, and the ‘other’ team. We kept asking if what we had just seen and been a part of was still real. It was. It was.
So, why did we need this? We needed to come together as winners for once. We needed to remember and learn what winning was like. The sense of community this one game brought to this town was felt not just here, but across the country and even the world.

People cut their vacations short, others flew in from across the country – just to be part of the celebration. A parade like none other. I was there. In a crowd of people. One in a million. We were packed like sardines and at the time we thought it was the absolute worst experience ever. We couldn’t see a thing when the parade went by. Looking back, it wasn’t about seeing the team. I’d been watching them all season long. It was about being part of something bigger than a 22-ounce orange bouncing ball. Bigger than our 7’1” Mozgov wall. It was about being part of that sea of humanity that had all been affected by one man and his promise. We were winners. We were champions. 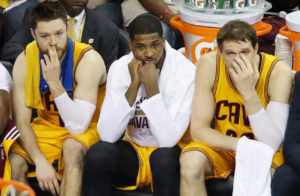 JUST IN: What Cleveland’s salary cap will look like in 2016-17
Related TopicsLeBron