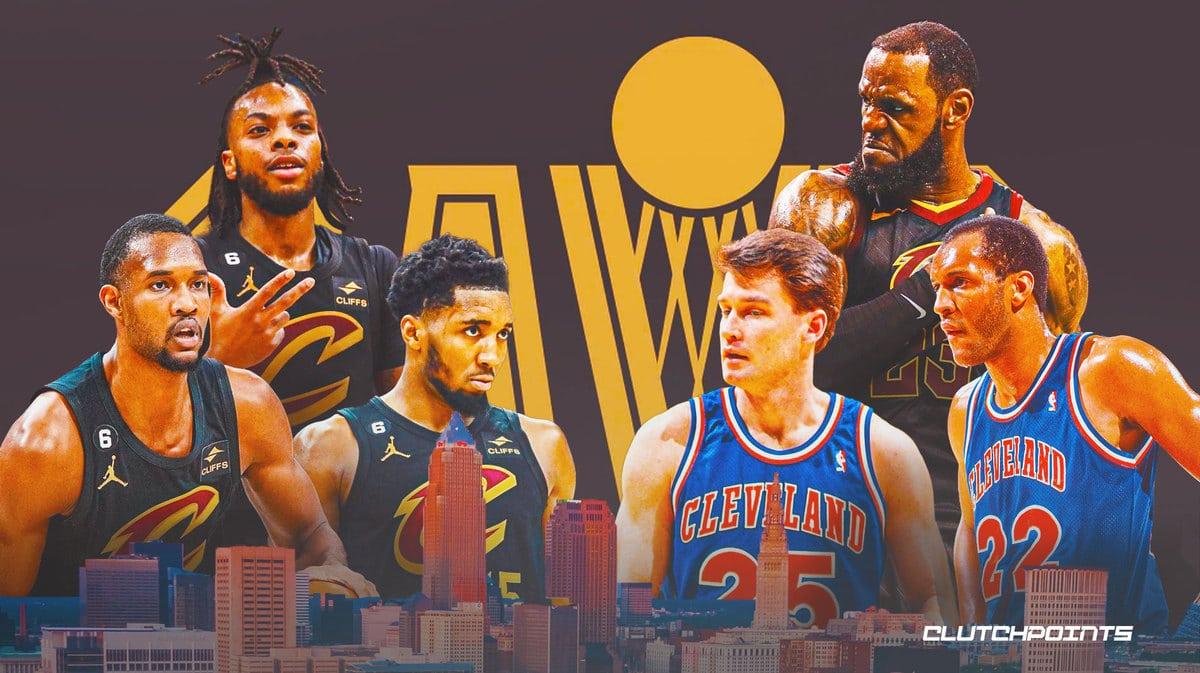 The Cleveland Cavaliers have seen more than their fair share of rises, falls and legendary players in 53 seasons.

From winning 15 games in their first season under the 16.6 points per game of forward John Johnson, to raising the Larry O’Brien trophy for the first time in franchise history after defeating the seemingly-unstoppable Golden State Warriors in seven games, the Cavs have seen all-time performances from players like Akron’s own LeBron James and a former No. 1 overall pick in guard Kyrie Irving in their quest to compete with the best of the Central Division and beyond.

After a 116-102 win over James and the Los Angeles Lakers, it may be time to pass the torch to a new generation of Cavalier stars.

Should they continue their winning ways in Rocket Mortgage Fieldhouse, these three players could find themselves going down as era-defining performers for the Cavaliers and solidify their place as some the best in franchise history.

From seemingly the moment he set foot on an NBA court, Donovan Mitchell was expected to provide enough of an offensive punch to bring new life to an NBA franchise.

Since he was drafted with the 13th-overall pick in the 2017 NBA draft by the Denver Nuggets before being traded to the Utah Jazz for forwards Tyler Lydon and Trey Lyles, Mitchell had to step in and carry the scoring load for a Jazz team that ranked 19th in points per game that season. Guard Rodney Hood was the team’s second highest scorer at 16.8 points per game, 3.8 less than what Mitchell averaged in his rookie year.

Donovan Mitchell credited his Utah teammates for his ability to play with a more dynamic offensive style after working with trusting teammates in Defensive Player of the Year winner Rudy Gobert and a Memphis Grizzlies scoring staple in Mike Conley while carrying the burden of the team’s offensive needs at such an early stage in his career.

“They understood it’s a team game,” Donovan Mitchell said in a postgame press conference. “It’s not just about one person.

“I’ve always known that, but when you get to this level, there are certain plays, certain things you say and certain ways you go about on a day-to-day basis that empowers everyone around you. At the end of the day, I can do whatever I want to do on the floor, but I can’t do it without the guys around me and without my coaching staff.”

Besides the scoring guard Austin Carr gave the Cavaliers in the 1970’s, little can stand in Donovan Mitchell’s way of becoming the most impactful pure shooting guard in Cavs history should he continue to fit alongside the team’s younger options and score a career-high 29 points per game and shoot 49.6% from the field.

Despite setting high expectations for himself towards the beginning of the season, it may be Mitchell’s backcourt partner who will have a tougher path towards earning a permanent spot in the Cavalier rafters.

Darius Garland knew to expect great things out of himself when he took up an early-November interview with NBA Today.

Even now, the 22-year-old guard continues to grow as the lights shine brighter on his young career.

A left meniscus tear that caused Darius Garland to miss the rest of his lone season with the Vanderbilt Commodores didn’t stop the Cavaliers from selecting him with the fifth-overall pick in the 2019 NBA draft and immediately sharing a larger scoring role with now-Jazz guard Collin Sexton. He was forced him to improve from 12.3 points per game in his rookie season to 22.2 this year as the young Cavs core grew around him.

Darius Garland will likely have to take on the toughest challenge of all three players: He will have to make good on his bold promise should he try to overtake Mark Price and Kyrie Irving as some of the team’s best point guards. The fourth-year guard will have to fight through the immense challenges of winning an NBA championship and facing a Michael Jordan-level player in the Eastern Conference playoffs in his way.

But keep in mind: Darius Garland, Donovan Mitchell and center Jarrett Allen are all likely locked down until the end of the 2025-26 season. With plenty of room left until they hit the luxury tax threshold next year, Cleveland should have no trouble convincing its All-Star cast of role players to stick around for the foreseeable future.

With all the firepower he needs to make a significant playoff stand at his side, and with a coaching staff and front office who believed in and challenged his ability to grow as a player and as a leader from the very start of the offseason, Garland will have plenty of time to try and overtake the long-time Cavalier legends and cement his spot as one of the best in franchise history.

To round out Cleveland’s chances at creating a historic cast, the Cavs looked no further than the literal bigger option that almost fell right into their lap two years after drafting Darius Garland.

Not one, not two, not three, not four.

Head coach J.B. Bickerstaff said he wanted forward Evan Mobley to “take all the shots” when given the chance.

“There’s not a spot on the floor where we don’t feel comfortable with him with the ball in his hands and the shot he can create,” JB Bickerstaff said postgame press conference. “We don’t want him to be put in a box and have short dimensions on his game.

“We want him to flourish because we believe that’s what he’s capable of.”

Evan Mobley’s “unicorn” comparisons made him a Day-1 starter for the Cavs since he was selected at No. 3 overall in the 2021 NBA draft. Mobley’s ability to score on the interior, grab meaningful rebounds and keep his teammates involved with 2.5 assists per game put him at an extremely-close second place in that year’s Rookie of the Year voting. He ultimately lost out to Toronto Raptors forward Scottie Barnes by 15 points.

Unicorn as he may be, the 21-year-old forward will have a long way to go on before being put in the conversation of the greatest power forward in Cavs history.

Evan Mobley will have to face his teammate in forward Kevin Love, a long-time staple for the Cavs who endured some of the best and worst seasons in Cavalier history while winning a ring with James and Irving, along with a three-time All Star and All-Defensive selection in forward in Larry Nance Sr., who earned some of his best seasons in a Cavs uniform while pushing Price-led teams to six playoff appearances.

Though he may not have to face the roadblock of a Michael Jordan-level player in the playoffs, at least for now, Evan Mobley will have to continue taking on Milwaukee Bucks forward Giannis Antetokounmpo four times every year and the red-hot Boston Celtics for the next few years should he want to match the playoff appearances of both Love and Nance and keep his team in competitive-enough form for a championship run against a tough Western Conference opponent.

The path won’t be easy, but the player who was compared to Chris Bosh and Pau Gasol when he was drafted out of USC will have a fantastic chance to fight through the Eastern Conference alongside his All-Star teammates for seemingly the next decade and prove himself worthy of his massive expectations.