Why Cavs’ Signing Of Jack Cooley Could Affect Tristan Thompson 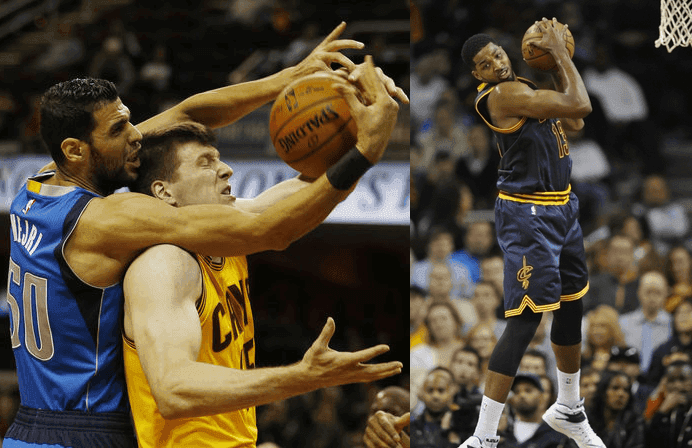 Tristan Thompson is about to end his fourth month as a restricted free agent; he and the Cavs have reportedly not even been talking about a contract extension.

Without Thompson, the Cavs officially have 13 players on the roster. Cleveland is expected to choose one of the remaining training camp guys as they have all had time to show the team what they can do. Their most recent addition, however, who has only played in the final two preseason games, could still be a player the Cavs want to sign going into the season. We’re talking about Jack Cooley. You must be wondering, who is Jack Cooley?

Well, Cooley is an NBA D-League standout who averaged 16.8 points, 12.5 rebounds and 1.3 blocks per game. He averaged 5.1 offensive rebounds to go with 7.7 defensive rebounds. He played all of the 2014-15 season with the Idaho Stampede and made a name for himself as an aggressive rebounding machine. The most intriguing numbers of his clearly are ones that come in the offensive rebounding department. Sure, Cooley earned those numbers in the D-League, but they’re hard to ignore nonetheless.

Since the Cavs leading offensive rebounder, Tristan Thompson, is not looking like he’ll be ready for opening night, the Cavs may want to look elsewhere a back-up power forward with a knack for rebounding.

Basketball Insiders’ Alex Kennedy tweeted his thoughts about the addition of Cooley and what he thinks will happen with Tristan Thompson.

Bringing in a great offensive rebounder like Jack Cooley certainly seems like the Cavs may be preparing for life without Tristan Thompson.

With that said, I do think Tristan Thompson and CLE will reach an agreement at some point this year. Just a matter of time, in my opinion.

Cooley is a great offensive rebounder for his size and averaged 6.0 offensive rebounds per 36 minutes of action, which is a role he could step into whenever called upon. This puts the pressure on Thompson to get a deal done now that he’s essentially out of options. In his last game against the Mavericks, Cooley played just 18 minutes, but was able to haul in 15 rebounds (seven of them offensive), proving to be a player Cleveland could use if Thompson decides to sit out the year

Cooley, however, is not expected to make the team, and there are reports that Cleveland will most likely be taking just one player into the season with them in Jared Cunningham to keep their roster total at 14. But, they could also sign both Cooley and Cunningham to non-guaranteed deals, and Cooley would be let go before his contract becomes fully guaranteed so as also to leave a roster spot for Tristan Thompson. Either way, Thompson will have a spot on the team, it’s just a matter of him signing a deal and getting back to work.

None of this it to say Thompson is easily replaceable and especially not by a D-Leaguer who had one or two good preseason games with the team, but the Cavs seem ready to do whatever it takes to focus on their championship aspirations without leaving any holes in their roster.

The Cavs reportedly pulled their 5-year, $80 million offer from the table last week, and Thompson is now just sitting around waiting for the Cavs to offer him something they will more than likely too low for him. Right now, Thompson looks foolish for not taking the Cavs 5-year, $80 million offer, but that’s a thing of the past. He’s now got to come together with his agents and the team to agree on a newer and more reasonable contract that both sides can benefit from.

Stay tuned for the latest on Tristan Thompson and his contract situation.