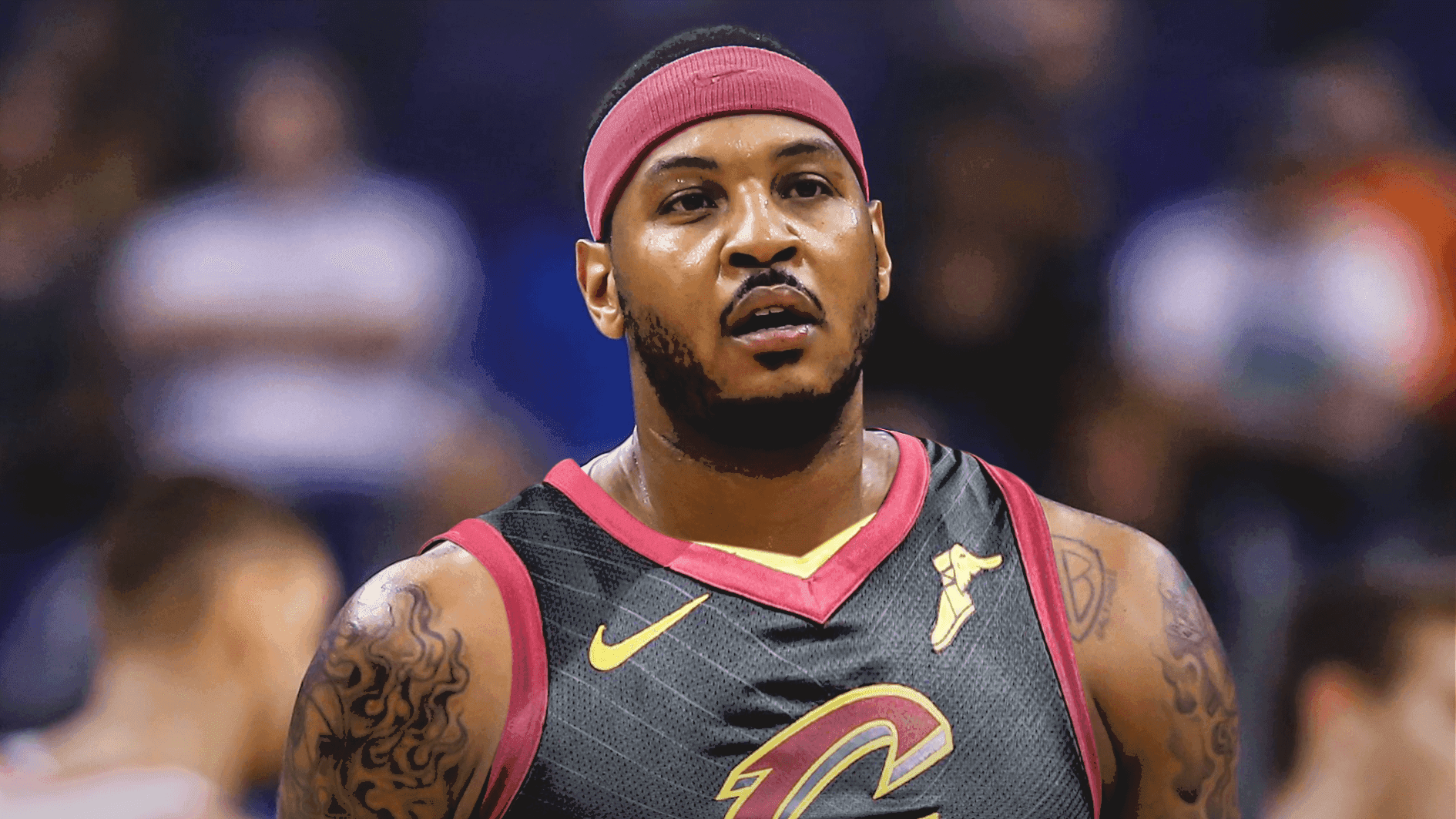 There was a time when trading for forward Carmelo Anthony to the Cleveland Cavaliers meant sending away five-time All-Star Kevin Love. There was also a time when Anthony’s signing with the Cavs would have been seen as little more than an attempt to appease former franchise cornerstone LeBron James.

Yet, with Cleveland in a state of rebuild and Anthony’s career coming to an unceremonious close, the idea of signing Melo is far different than it was even last season. The Cavs are struggling and frustrated at 8-33, the worst record in the NBA, and while the primary reason for the lack of success this season was LeBron’s decision to sign with the Los Angeles Lakers in free agency, Cleveland has also been plagued by injuries.

Erasing the team’s bad habits, built by years of not having to care about the regular season and riding LeBron’s coattails (and having him cover up their many holes), was also a major need for Cleveland. As has been teaching the young players spread across the roster in the midst of the Cavs rebuild and, though the task was initially entrusted to former head coach Tyronn Lue, Cleveland’s current head coach — Larry Drew — has done a fine job on both accounts.

Even still, Cleveland has had issues scoring at a high rate throughout the season.

Nonetheless, though the reason has been multi-pronged, the easiest solution has still been simple:

The idea behind the transactions the Cavs have made this season

Of course, the biggest question for Cavs this season has been how to add talent and wondering if they’re best served by having a higher draft pick by the time of the 2019 NBA Draft. Yet, in adding Anthony — a player with readily identifiable strengths and weaknesses — Cleveland is giving themselves a better chance to win.

Make no mistake about it.

With the Cavs willing to sign players like guards Patrick McCaw and Cameron Payne, who have had minimal production in the league, Cleveland’s priority in adding these players hasn’t been trying to make a homerun play that’ll bring the team wins. More than anything, McCaw and Payne seem like players the Cavs have signed to release either offensive or defensive pressure off of rookie point guard Collin Sexton; like fan favorite Matthew Dellavedova, each point guard brought in has been brought in with the hopes of helping Sexton.

Speaking of which, trading Hill and Kyle Korver wasn’t about helping the team win either. It was about sending veterans to playoff-contenders so that they could find peace with their season.

However, it’s clear as day that there’s one player who is definitely available and could help bring the team wins: Melo.

Where does Melo fit?

With a bevy of solid backcourt players — Sexton, Dellavedova, Hood, Alec Burks and Jordan Clarkson — and a couple of high-motor and highly productive centers in Tristan Thompson and Larry Nance Jr., the Cavs are having their most trouble at the forward positions.

However, another issue has been the up-and-down season that second-year forward Cedi Osman has had.

Individually, none of the aforementioned factors should have been overly concerning for the Cavs but once those issues were compounded, it was a whole different ball game.

Back to Melo though. While his throwback offensive style doesn’t get him much fanfare nowadays, that critique would fall on deaf ears in Cleveland considering that they have made the second-most unassisted two-point attempts in the league (57.0 percent), a byproduct of the team’s decision to allow players to get to their sweet spots on the floor and take the shot, whether they’re two feet from behind the three-point line or a few steps inside the arc.

Anthony’s style might not be welcomed by the Pace and Space purists out there who only want to see players taking shots from three-point range or around the rim. However, it fits right into what the Cavs already do.

An underrated addition with overstated flaws

Further, though Anthony’s efficiency has dwindled over the past two seasons, with the 10-time All-Star shooting just 40.4 percent from the field and 35.3 percent from three-point range over that stretch (while averaging 15.9 points per game), Melo is still one of the most experienced isolation scorers in the league and a player that the Cleveland can throw the ball to when they need points, since he was in that role for the first 15 seasons of his career.

In fact, outside of this season, Anthony hasn’t failed to knock down more than 37.0 percent of his catch-and-shoot threes since 2014-15.

That said, Anthony is a defensive sieve and the Cavs would be wise to surround him by young and athletic players — though that won’t be an issue for Cleveland like it was with Houston — that can lessen his defensive responsibility. Being a respectable team defender, which would require him to be in the right spots at the right time, is something aging and less explosive players learn how to do and it’s what Anthony will need to do with the Cavs.

However, Drew isn’t the type to play guys who aren’t playing hard or keep players on the floor when they’re struggling. What that likely means for Melo is that he’d fill what I would call a mercenary role for Cleveland, coming on the floor to give the Cavs an offensive boost but being a player that can be pulled at any time for poor defense.

It doesn’t seem like a role Anthony has any reason to decline, especially at this point in his career.

Nor does it seem like an offer Cleveland should refuse, as the worst that could happen is that the move didn’t work out and the Cavs continue to be the worst team in the league. They’d just have more national attention, given that Anthony can still bring that to The Land as well.