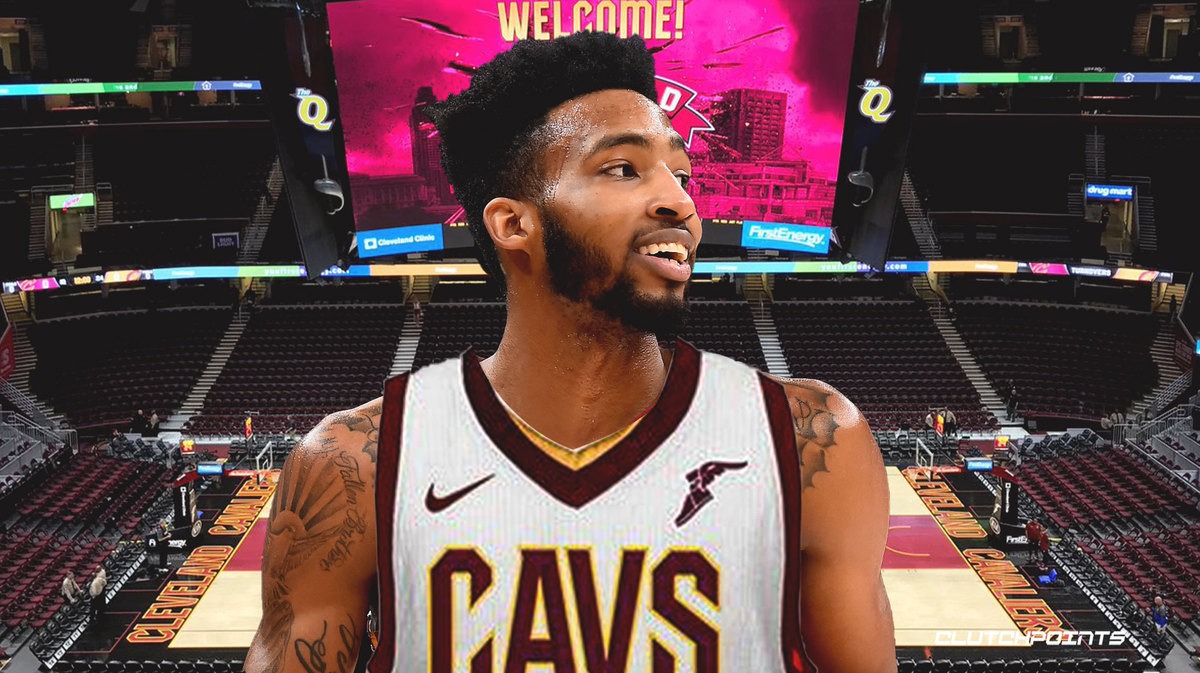 Why Cavaliers’ Derrick Jones Jr. is a perfect target in free agency

Why Cavaliers’ Derrick Jones Jr. is a perfect target in free agency

Whenever the 2020 offseason officially begins, the Cleveland Cavaliers will have a bevy of important decisions to make. The Cavs’ front office, led by general manager Koby Altman, will likely try and trade All-Star power forward Kevin Love after failing to move him at the 2020 trade deadline.

Altman and Co. will also have to decide what they want to do with Andre Drummond and Tristan Thompson.

Drummond has a player option for the 2020-21 season and he’s expected to pick it up. There have already been rumors that the Cavs could move the double-double machine in the summer after acquiring him from the Detroit Pistons in Feburary.

As for Thompson, he becomes an unrestricted free agent in the offseason. It doesn’t really make sense for Double T and the Cavs to agree to a new deal since Cleveland is in rebuild mode and Thompson is a veteran who should be playing for a contender.

Because the Cavs are rebuilding in the second post-LeBron James era, the franchise should be looking to add young players who have tremendous upside. One player who fits that bill is Miami Heat swingman Derrick Jones Jr., who just so happens to become an unrestricted free agent this offseason.

One of the best dunkers in the NBA, Jones Jr. averaged 8.9 points, 4.2 rebounds and 1.1 assists for the Heat in 51 games before the 2019-20 season was suspended in March due to COVID-19. The lefty is still very raw on offense. The Cavs would be wise to get him into their system and properly develop his offensive repertoire. Right now, Jones Jr. relies on his athleticism to score the ball. Moving forward, the 23-year-old has to evolve his skills and low-post moves on offense.

If the Cavs are able to steal Jones Jr. away from the Heat, they would be lethal on the fast break with Collin Sexton pushing the ball, Darius Garland running to the wing and spotting up for three-point shots. And Jones Jr. filling the lane in transition. Sexton has established himself as a really good driver already. Whenever he puts his head down and goes to the basket, he’s usually collapsing the defense, which frees up his teammates for open looks.

Jones Jr. is only a 27.6 percent shooter from beyond the arc. That’s an area of his game he has to improve in, especially if he wants to flourish next to a speedy guard like Sexton in Cleveland.

The Athletic’s John Hollinger, who used to work in the front office of the Memphis Grizzlies, expects the Cavs to pursue Jones Jr. in free agency. However, he predicts there to be a bidding war for Jones Jr. since he’s so young and has a lot of potential.

I expect Cleveland to take a long look at Miami’s Derrick Jones Jr., a high-flying 6-6 combo forward who is only 23, but the Cavs will have a lot of company. Even with a full MLE offer, I’m not sure the Cavs can win here.

Jones Jr., who began his NBA career with the Phoenix Suns, has career averages of 6.8 points and 3.5 boards in 163 games with the Suns and Heat. The more young talent the Cavs can acquire, the better. That’s the only way the franchise is going to get back to the playoffs sans LeBron.

Altman has to make sure he’s not spending his money on veterans only.