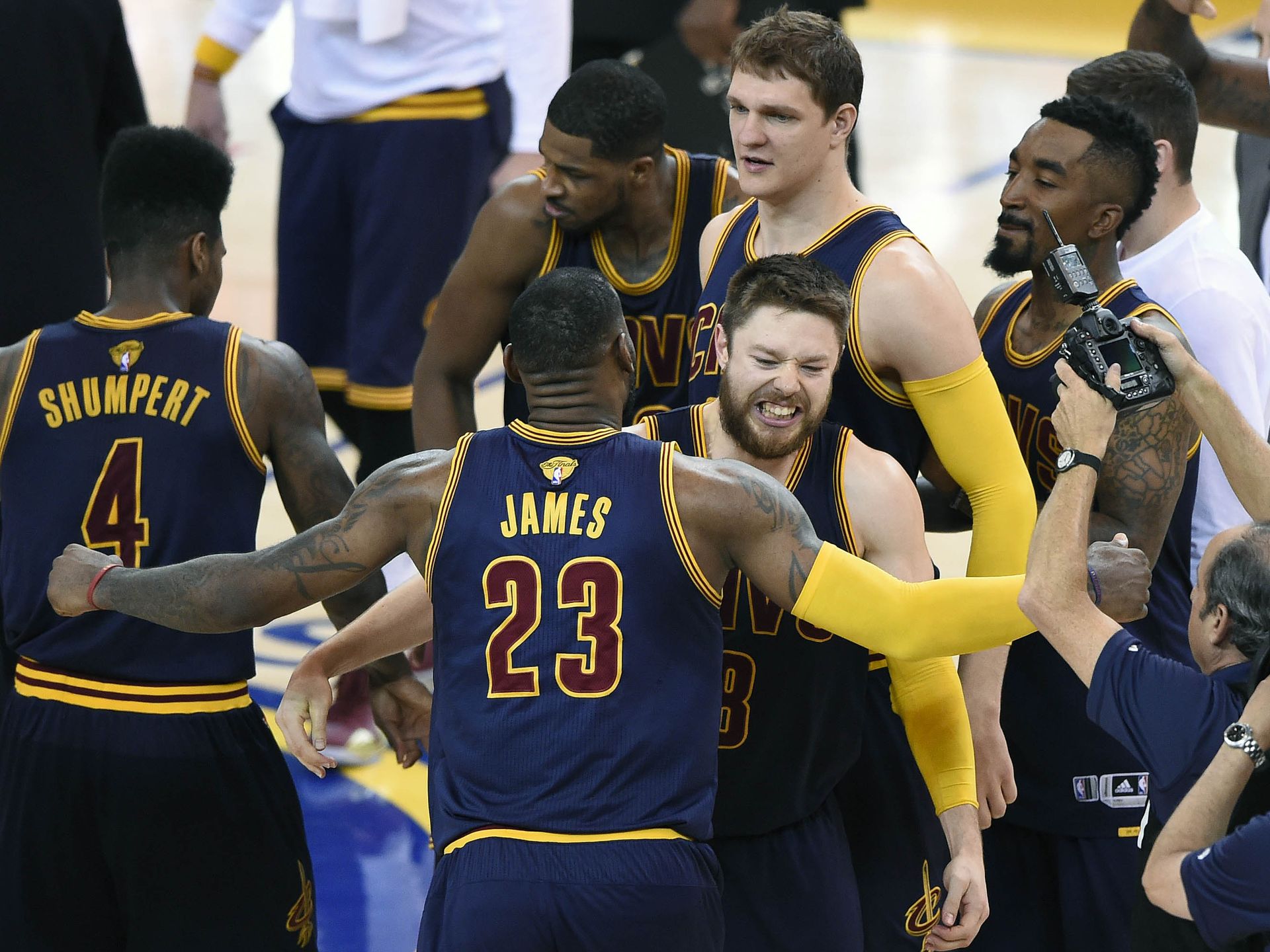 As the Cleveland Cavaliers sit back, kick their feet up and await the Toronto Raptors, it comes time to reminisce and examine the team’s sweeping success in the first two rounds of the 2016 NBA Playoffs. With the Cavs currently riding a 13-game Eastern Conference playoff win streak, leading the postseason in three-point percentage, offensive rating, assist-to-turnover ratio and other statistical metrics, they are beginning to finally look like a well-oiled machine after a season seemingly rife with tumult and uncertainty.

However, the Cavaliers’ success has manifested itself in a rather unexpected fashion. The Cavs’ are rolling not because of especially masterful play from any of their “Big Three” – LeBron James, Kyrie Irving or Kevin Love – but instead thanks to the elevated game of several of their other, more auxiliary role players.

So, this rather unexpected form of success begs the question – if the Big Three aren’t carrying the load, who is? Who exactly is the fourth-best player on the Cavs? Who will be the guy most relied upon to make the big shot or force a major stop when the time comes and James, Love or Irving are otherwise unable? Luckily for Tyronn Lue & Co., GM David Griffin has assembled a talented, well-rounded team. The options are aplenty. 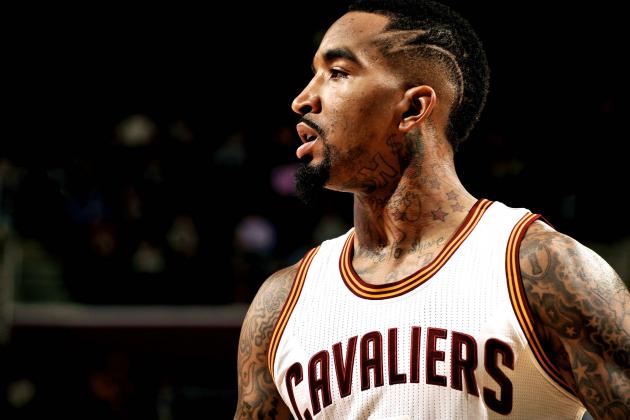 The first name that comes to mind is of one Earl Joseph Smith III, more commonly known as J.R. In the first two rounds of the 2016 NBA Playoffs, Smith has come to play. The Cavaliers’ sharpshooting wing has been a big part of the team’s immense success from deep so far this postseason, averaging nearly four makes and shooting over 50 percent from beyond the arc through eight games.

However, it’s not just on the box score that Smith shines, as analytics show just how vital his production has been to the Cavs recent success. This past season, Smith had the sixth-highest offensive RPM of NBA shooting guards, trailing only the likes of James Harden, Jimmy Butler, Khris Middleton, Klay Thompson and DeMar DeRozan – pretty good company to have. He is also posting one of the highest true-shooting percentages for regular players this postseason with a whopping .692.

Defensively, he may not be a stalwart the likes of Klay Thompson, but he plays solid team defense and has held opponents to within a single percentage point of their usual field-goal percentage. For a guy that was brought in as trade fodder in order to land fellow guard, Iman Shumpert, that’s not too shabby. The Cavs also happen to possess one of the most reliable players in the league in Canadian center, Tristan Thompson. The current reigning NBA ironman has notched an impressive 377 consecutive games streak – a Cavaliers franchise record. Not only has he been all but a lock to suit up for the Cavs each and every night, the 6-foot-9 Thompson is always good for at least an eight-n-eight night, and his tenacity on the offensive glass has kept his team in a number of close games.

Defense has always been Thompson’s bread-and-butter, with his ability to guard the pick n’ roll at an elite level and even defend smaller guards on the wing if need be; but ever since LeBron returned to the shores of Lake Erie, Thompson has quietly been one of the more efficient offensive players in the game. Don’t believe me? Look no further than this past season. Thompson held the ninth-best true-shooting percentage in the entire NBA. He’s also right up there in offensive rating, trailing one of the greatest players of all-time and current Cavaliers teammate, LeBron James, by a measly three points.

With that sort of versatility on both ends of the court, Thompson has become an invaluable piece to the Cavaliers’ championship puzzle, and with nearly 400 straight games, you can bet your 82 million that he’ll be there when it really matters. 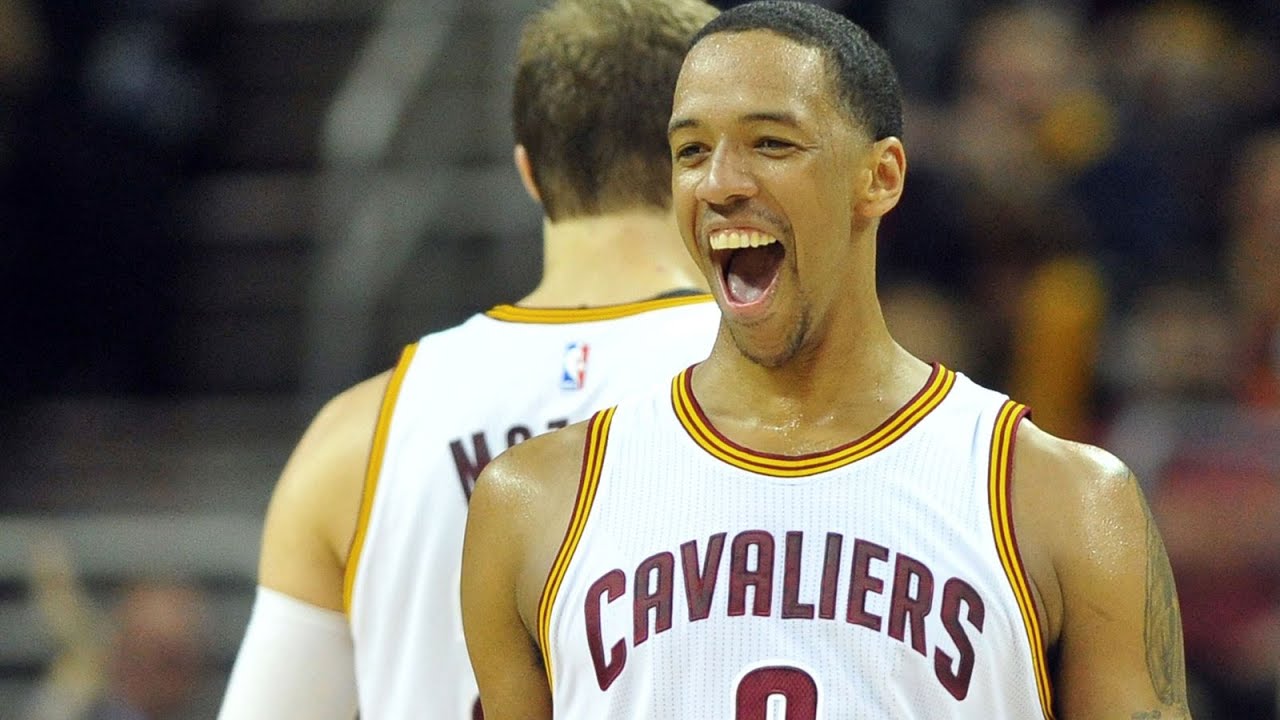 I’d be remised if I didn’t include one of the newest Cavs, Channing Frye, in this conversation as well. Although he’s only been with the squad for less than three full months, Frye has made quite the mark with his new team, giving the Cavs a whole new dimension in the way they line up from night to night. The 6-foot-11 Arizona product provides the versatility to line up at either position down low and his ability to stretch the floor is unmatched. In fact, Frye has been one of the best shooters around so far this postseason, regardless of size, posting an incredible 57.1% from deep – nearly 10 full points better than Klay Thompson and over 18 percentage points above arguably the greatest three-point shooter of all-time, Stephen Curry. Following that same trend, his offensive rating is a whopping 123.0. To say Frye has made his mark on the Cavaliers’ offense would be an understatement.

However, it’s not just on offense where Frye has been lights-out this postseason. On the defensive end, he is holding opponents to an otherworldly 14 percentage points lower than their average field-goal percentage to go along with his impressive 104.6 defensive rating, giving him a team-best net rating of +18.3. To put it simply, in his short time here, Frye has been on a tear, and he has a strong case for being the best Cavalier not named James, Love or Irving. No matter how well the likes of Smith, Thompson or Frye have played to this point, much of it would not be possible if it were not for the effort of a certain Australian workhorse, Matthew Dellavedova. As his time is often split between playing largely with starters or instead with the second unit, he plays heavy minutes with each of the three aforementioned players. Dellavedova’s ever-improving ability to run the offense and facilitate combined with his relentless defensive effort simply makes the game come easier to those who share the court with him. His solid perimeter defense helps prevent teams from penetrating and putting defensive pressure on bigs like Thompson and Frye, and his court vision and passing ability allows the snipers around him – in this case, Frye or Smith – to hit their respective shooting strides.

Upon first glance at the box score, Dellavedova’s 5.9 points, 3.6 assists, 0.8 rebounds and .421/.333/.750 shooting splits don’t exactly light up the stat sheet; however, upon delving deeper into the more intricate advanced metrics, the St. Mary’s product’s phenomenal play becomes readily apparent. Of the four players mentioned, Delly trails only Frye in on/off net rating (the total points, per-100 possessions, that the team is better with him on the court versus off of it) with an impressive +6.7. The same trend continues with only Frye leading in PER and offensive rating. This may lead one to believe that Frye is clearly the superior player.

Of Frye’s 106 logged minutes this postseason, around two-thirds have been with Dellavedova on the floor. No player has made more passes to Frye and only LeBron James has assisted more of his buckets than Delly. A quarter of his made threes resulted from a pass from Delly and he’s shooting a perfect 100% on those shots. It’s safe to say that a big reason for Frye’s immense success is the elevated play of Matthew Dellavedova.

What’s even more impressive is the difference in metrics from the regular season to the playoffs. Even though Dellavedova held the 15th-best RPM among NBA point guards this past season – a higher mark than All-Stars Damian Lillard, Isaiah Thomas and even teammate Kyrie Irving – Delly’s minutes have shrunk in the postseason. However, his on-court production has skyrocketed. His true-shooting percentage is up over a point-and-a-half and his usage percentage is up nearly two full points. However, conversely to what one might think, this significant increase in usage has somehow led to even more efficient play. Dellavedova’s assist percentage is up over seven points and his turnover percentage is down by over 11. His assist-to-turnover ratio is the best in the postseason – a staggering 9.67.* To summarize, his minutes have dropped significantly, but somehow he has managed to increase his shooting efficiency and decrease his turnover rate, all while being more involved in the offense than ever before. Pretty incredible. Dellavedova’s overall efficiency, on both ends of the court, has been nothing short of astounding to this point, and for that reason, he deserves the crown as the Cavaliers’ fourth-best player. He is the sort of “3-and-D” player that every championship hopeful needs in their arsenal. He’s not always going to give you the lights-out shooting the likes of a J.R. Smith or Channing Frye provide, nor does he give the Cavs the defensive versatility or rim-shattering dunking ability of a guy like Tristan Thompson, but that does not mean he is any less of a player. In fact, one could argue that his ability to shoot, protect the ball and play defense is unmatched on this current Cavaliers roster, and they have this guy named LeBron James – ever heard of him? To put it simply, the young Australian point guard – a man who was once an undrafted free agent in 2013 – is a bonafide baller.

If Matthew Dellavedova being the fourth best Cavalier scares you, fret not. Cleveland is in good hands, especially when it comes to its role players. All four of Smith, Thompson, Frye and Dellavedova are very solid, reliable role players and Head Coach Tyronn Lue has plenty of options at his disposal when it comes to talented players. After all, championships are not won by an individual or even a “Big Three.” The 2008 Boston Celtics could not have done it if it were not for guys like Rajon Rondo, Eddie House, and James Posey, nor could LeBron’s Miami Heat have won back-to-back titles without the likes of Ray Allen, Shane Battier and Mike Miller.

With the immense talent the Cleveland Cavaliers possess, the sky’s the limit as the city finds itself in a relentless fight for their first championship in over half a century, but with a massive cog in Matthew Dellavedova, the Cavs are a well-oiled machine. As they head into the second round on over a week’s worth of rest, not even a bit of rust can get in the way because much like the Energizer Bunny, Matthew Dellavedova never stops working.

*Original research via Fear the Sword 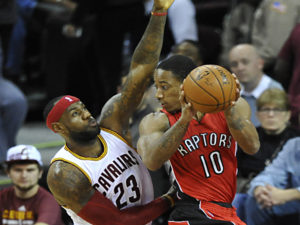 JUST IN: Why The Cleveland Cavaliers Should Want The Toronto Raptors in The Eastern Conference Finals
Related Topics