Who Is Dahntay Jones And What Does He Bring To The Cleveland Cavaliers? 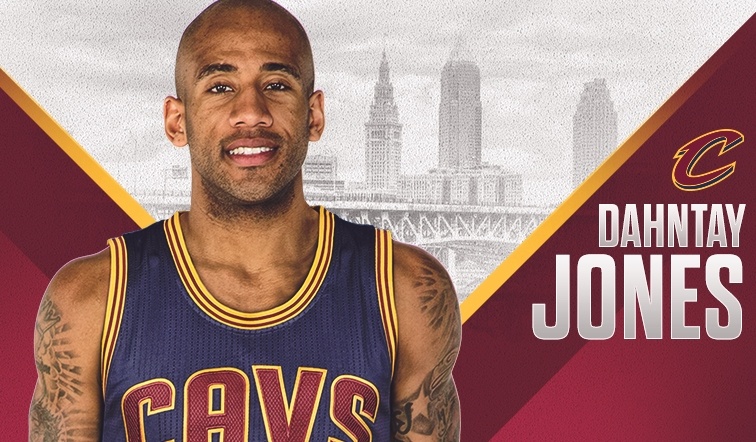 Just before the start of the 2016 NBA Playoffs, the Cleveland Cavaliers have signed Shooting Guard/Small Forward Dahntay Jones to their 15th and final roster spot. The 35-year-old veteran journeyman is touted for his defensive presence and shooting stroke, and is officially being brought on due to concerns about the health of defensive specialist Iman Shumpert, however there may be more than meets the eye when it comes to this late season signing.

Dahntay Jones hasn’t really found a home in the NBA during his 11 year career. Drafted 20th overall by the Boston Celtics in 2003, Jones was sent to Memphis in a draft night trade for another familiar face, Kendrick Perkins. He played his entire rookie contract on Memphis, clocking in about 15 minutes a game off the bench. Memphis, however, would be the last true home Jones would hold. Over the next nine years, Jones would play for 10 separate teams, including two different D-League affiliates. Not to say Jones was just some run of the mill player. Known for his three point stroke, Jones was a true three and D player during his time, even at one point averaging .647% three point shooting on 18.1 minutes per game for an entire season, one of the highest the league has ever seen. He also has a reputation for being one of the tougher players in the league, coming from Memphis, the home of grind out basketball, Jones plays a tough, physical style of basketball, and at 6’6 210, can guard the point, shooting guard or the small forward positions. While not anything of true substance to his abilities, he is a former Duke alum similar to Kyrie Irving and D-League Rookie of the Year Quinn Cook, giving him experience playing under the legendary Mike “Coach K” Krzyzewski.

Dahntay Jones’s signing is a perplexing one, being picked up so late in the season, with little to no time to gel in the system may not seem logical from the surface, but looking both at his resume and the needs of this Cavalier team, the puzzle starts to come into focus. One of the most important things needed in making a playoff run is experience. The Cavaliers have three veterans, James Jones, Channing Frye and Richard Jefferson, between them almost 40 years of basketball and several championships. Adding another battle tested voice to what is considered to be a volatile locker room is never a bad option and with no one taking up the “Joe Johnson memorial roster spot” Jones is one of the better options to fill this role.

The immediate assumption that fans might be making with this signing is that this is simply a stopgap, and that Jones will not see the floor, but this might not be the case. Jones’s defensive presence is noted, and while not likely to become a regular rotation member, during earlier rounds, or when the Cavs are in need of a shot to the arm, expect Jones’s number to be called. Last year Kendrick Perkins had the worst +/- on the team, however he saw playing time during the Boston Celtics series when play got chippy, just as a reminder that you don’t mess with Cleveland. And this leads to the real reason Jones was signed onto this roster. Earlier in the year, reports that several Cavaliers players were upset with the front office for not resigning Kendrick Perkins to a contract. Despite his woeful impact on the floor, Perkins apparently provided an aggressive and harsh form of leadership that allowed him to be the tough guy, the one ready to scrap and remind everyone who they were dealing with. In hockey, this player is known as the enforcer, the man willing to get ejected from a game for fighting just to protect his team. Jones is that enforcer, LeBron mentioned the importance of getting more veteran voices in the locker room after the Channing Frye trade went through, and while Frye seemingly has improved the chemistry of the locker room, he is mild mannered and doesn’t provide that enforcer type attitude to the bench and court.

Jones is an enforcer, from his grit that he shows in his play, to his off court apparences, Jones provides Cleveland with a final body that will help lock in for a playoff run. With their first appearance being against another team who is known for a more physical style of play, there is real priority in showing their dominance and not allowing for Detroit to mess around and sabotage this year’s championship run. Jones makes sense, and even more importantly, he provides an insurance policy in case any of our guards or backups to LeBron go down, and most importantly, he’s got an axe to grind with Draymond Green, which is all I really care about. 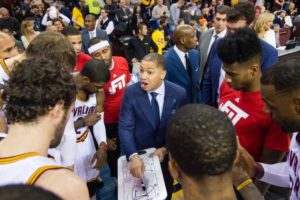