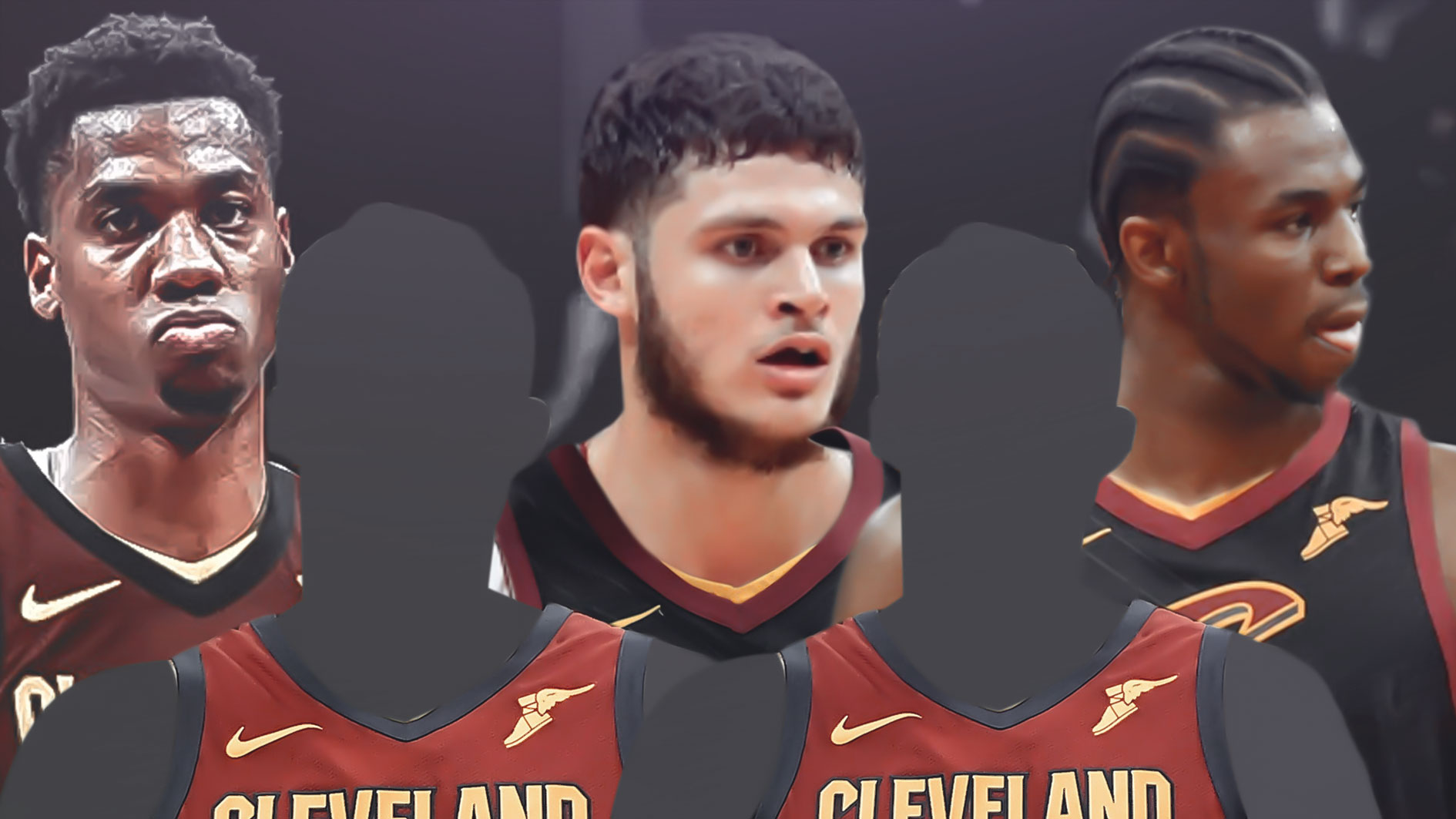 Which young players would other teams consider trading to the Cavs?

Which young players would other teams consider trading to the Cavs?

Even with 15 roster spots filled, the Cleveland Cavaliers may not be finished changing up their team. More trades could very well be coming, and the Cavs should target younger players who may be on the trade block because of their contracts. There are a few players who fit this description.

Johnson is a very similar player to Cavs combo guard Jordan Clarkson. He is a fluid athlete and can run the floor or play off the ball. Where Johnson has the advantage is consistency. As Cleveland fans know all too well, Clarkson can go on long stretches where it seems like he can’t throw a pea in the ocean.

Johnson of course has this problem as well, just like most players, but his times of ineffectiveness last much shorter than Clarkson’s. Johnson is also a much better three-point shooter, as evidenced by his 37% rate from beyond the arc, as opposed to Clarkson’s 34% clip. Clarkson’s numbers are also inflated by his shooting 41% from deep as a member of the Cavaliers in the second half of the 2017-2018 season. Based on his career tendencies, it’s incredibly unlikely that Clarkson keeps that up.

At 25 years old, Johnson scored 11.7 points per game last season. He is a solid player. Nothing special, but the type of guy that a playoff team would be happy to have in its rotation. The problem is that the Miami Heat have no cap space and Johnson will make over $19 million each of the next two seasons. That wouldn’t be a problem for Cleveland, however, as Johnson would be able help the Cavaliers contend for a playoff spot right now and his contract would come off the books at the same time as many of the Cavs’ high-priced deals. 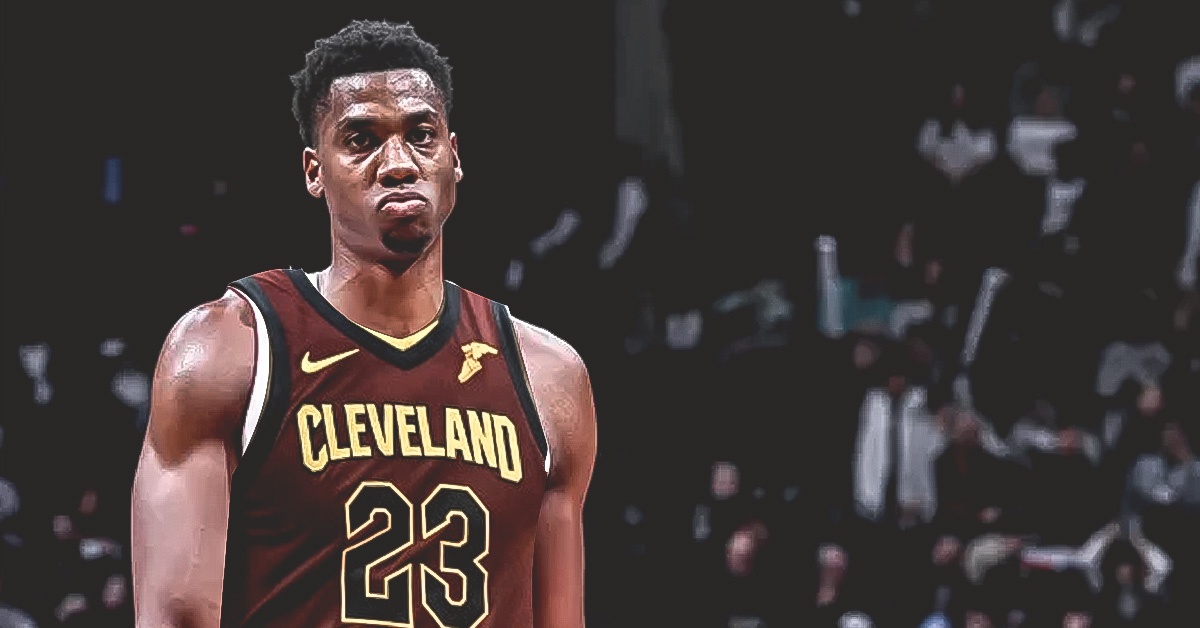 Another Heat player not worth his contract, Whiteside is by far the oldest on this list. Although he is 29, he has only six years of NBA experience, as he was out of the league from 2012-2014. Consistency is also a big issue with Whiteside, as is motivation. He doesn’t always give a high level of effort, but when he’s on, he is one of the NBA’s best big men.

In 2016-2017, he averaged 17.0 points, 14.1 rebounds, and 2.1 blocks per game. He provides elite rim protection and rebounding, along with great interior scoring. He is a classic center, so he doesn’t fit today’s NBA prototype. That hasn’t stopped the Cavs from expressing interest in him, however.

Whiteside would eliminate any floor spacing from the center position, but his defense would help to cover for Kevin Love’s ineptitude in that area. Whiteside is owed $25.4 million this season, and has a player option worth over $27 million for the 2019-2020 season, which he will almost certainly exercise. Whiteside would be an upgrade right now and wouldn’t negatively affect Cleveland’s long-term plans.

Four years ago, if you told someone that in 2018 the Cavaliers would have both Kevin Love and Andrew Wiggins, you would have been laughed at. But the prospect is not as far-fetched as it may have seemed even a few months ago. The Minnesota Timberwolves signed him to a five-year max extension worth over $146 million. Minnesota may already be having buyer’s remorse.

Jimmy Butler and Jeff Teague will be free agents after this season, and Karl-Anthony Towns is also in the final season of his deal. The Timberwolves will have a ridiculous amount of money tied up in just Towns alone. Butler may not be interested in returning, and Teague isn’t really worth what he’s being paid right now.

Minnesota is already $20 million over the cap, so having to extend their best player will only worsen that. In addition, the Wolves are tied to Wiggins through the 2022-2023 season, and they may not want to be, as Wiggins is a one-dimensional scorer who doesn’t play defense. Even if he no longer fits in Minnesota, Cleveland could sure use a player like him.

Wiggins is still just 23, and has already proven himself as an elite scorer. In 2016-2017, he averaged 23.6 points, 4.0 rebounds, 2.3 assists, and one steal per game. His numbers dropped last year due to the presence of Butler, but 17.7 points as the third option is quite good. Because of his contract, it won’t cost much to trade for Wiggins.

The Timberwolves will be looking for salary releif and a young scorer to replace Wiggins. Tristan Thompson and J.R. Smith will come off the books in 2020 and 2019 respectively, and Rodney Hood would be a solid replacement for Wiggins’ scoring. Moving on from Smith and Hood would clear up a logjam at shooting guard for Cleveland, and getting rid of Thompson would give Ante Zizic and Larry Nance Jr. more playing time.

But most importantly, the Cavaliers would have a legitimate small forward and a very good scorer to compliment Kevin Love. Wiggins is not LeBron James, but he would help make Cleveland a legitimate playoff team, and that’s what the Cavs are trying to become.

General manager Koby Altman has already earned a reputation for making trades. It’s not exactly likely that a big deal involving one of these players is made, but Altman can’t be counted out because of his history. 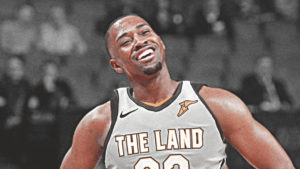