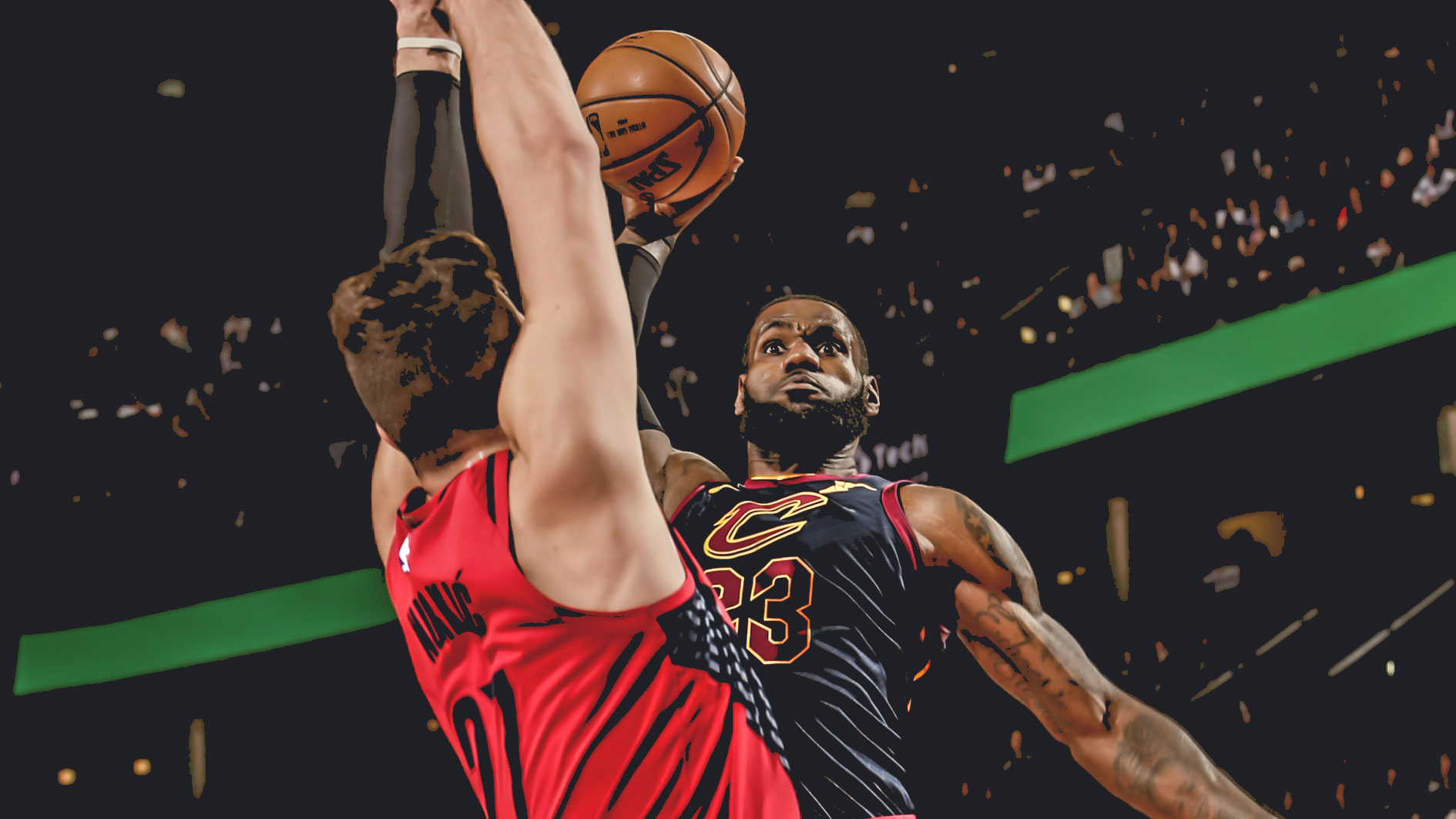 The hometown crowd was buzzing but not because one of the Portland Trail Blazers made a huge play. It was number 23 from the visiting Cleveland Cavaliers who absolutely destroyed one of their own players that drew the oohs and ahhs from the crowd. Jusuf Nurkic was at the wrong end of a King-sized slam as he tried in vain to get in the way of a LeBron James posterization.

The dunk was savage and it sent social media into a buzz around one of the best jams this season. The reactions were even more brutal as metaphors of Nurkic’s demise became the theme of the night.

“I think there’s a body bag in the hallway,” James’ teammate Jordan Clarkson said after the game on Wednesday.

“Killed,” “destroyed,” “annihilated,” “murdered,” these were the words used to describe the 6-foot-8 forward’s brutal dunk over the 7-footer. But perhaps the best comment was from Rob Perez, co-host of BUCKETS.

James was feeling giddy about that dunk after the game, too. You know something is special when you say “forever” in a sentence, right?

“I’m pretty much, ‘Let’s see who can meet at the apex.’ So that was my whole mindset,” James thought to himself, per ESPN’s Dave McMenamin. “… I knew it was going to be a good one that’s going to be shown for a long time.

“I was more excited to look over and see my teammates, how excited they were. So that one will last forever in my highlights from my career, even when I’m done.”

Some have already hailed it as James’ greatest of all-time and it’s understandable why. After a few days of letting it sink in, we can now look at the dunk with greater objectivity.

But where does this slam rank on the all-time best poster dunks?

First, there’s a reason why James’ dunk registered high on the “wow-o-meter” among fans and the media. Reviewing his highlight reel dunks, James has dunked on a number of big men in the league throughout his career. Among the best slams he has delivered were against Rasheed Wallace, Tim Duncan, John Lucas III, Delonte West, Paul Millsap, Amare Stoudemire, Ian Mahinmi, James Johnson, Ben McLemore and Luol Deng.

He’s also had some memorable dunks against the guards such as Jerry Stackhouse, Damon Jones, John Lucas III, and Jason Terry.

Interestingly, some of his best throwdowns were against little guys and the big men, though they were in front of James, rarely jumped to challenge him. It’s almost as if they were afraid to get dunked on. No matter how big these forwards and centers were, you can’t blame them for not getting in the way of a 6-foot-8, 270-pound freight train coming at them at breakneck speed.

The Nurkic dunk was unique because it was literally an in-your-face dunk with the 7-foot Blazers center’s hands even grazing James on the face (though a foul wasn’t called). Additionally, James started his attack from way outside the 3-point line and was heading to the rim so fast because of momentum. When Nurkic met him in the air, he really believed he could block the dunk attempt. That wasn’t just token resistance. It was a genuine attempt to block the shot that failed miserably for Nurkic.

Among James’ poster dunks, this was one of the best. But for his best of all-time? I choose his dunk over Garnett as his best in-your-face dunk ever.

When it comes to the all-time greatest poster dunks from all of the players, the Nurkic poster dunk isn’t on the list but I’d say it’s in the top 20 all-time at best.

Here are my top 10 best poster dunks ever:

In the 1994 NBA playoffs, Scottie Pippen was the man for the Chicago Bulls after Michael Jordan retired from basketball the first time prior to the season opener.

The Bulls were going up against a familiar foe and Pippen had to prove that he could carry the team without their former leader. He did, and this dunk over Patrick Ewing was one of the signature plays of the series.

On a fastbreak play, Ewing was the last line of defense against the streaking Bulls. Pippen caught the ball and elevated with both of Ewing’s long arms high up in the air to block the dunk. Unfortunately, the 6-foot-7 Pippen’s arms were also quite long as he soared above the outstretched limbs of the 7-foot Ewing.

What made this such a disrespectful dunk was how the New York Knicks center fell hard to the floor with Pippen appearing to ward off Ewing’s arm and staring down at him. To this day, Pippen relishes the memory of this dunk.

It happened in the 2008 Eastern Conference semifinals, too, and at a crucial time in the game with the Cleveland Cavaliers down 2-1 to the Boston Celtics with less than two minutes to go.

When he dunked over Garnett, he had to get free from Paul Pierce and James Posey as well. Along with Garnett, James had to go through the best defenders that the Celtics could offer on his way to the hoop for the slam. Also, Garnett was one of the best defenders in the NBA at that time and a far better one than Nurkic. Plus, James cocked the ball in his hands and windmilled it home. Talk about degree of difficulty!

Vince Carter is going to be on this list for a bit. He deserves to be anyway. To do it in the face of Dikembe Mutombo, one of the greatest defenders of all time, is extra special. This was Air Canada at his best during his rookie year. When he went up, he was still far from the basket but as he was gliding towards the rim, he was going higher and higher and higher while Mutombo, with his 7-foot-2 frame, was already going down.

Moments later and boom! It became one of the best poster dunks over Mutombo ever.

Blake Griffin has had some great poster dunks over his career but this was his best posterization ever. Perkins was simply the latest victim of Griffin, who was at the height of his powers at the time. Perkins isn’t a high leaper by any stretch of the imagination but it still doesn’t take away from how devastating this dunk was.

Griffin was still a ways off from the hoop when he went up to dunk the ball. The only thing that Perkins was able to do was to make the slam more spectacular by becoming an unsuccessful obstacle in the path of the super athletic Griffin.

DeAndre Jordan’s hug on the power forward afterward made it all the more notable.

In Shaquille O’Neal’s NBA career, he has dunked over many players but this one was the most powerful yet. How powerful? The dunk was so strong that it broke the backboard! We’ve seen dunks that broke the glass but we’ve never witnessed the backboard break. But the backboard never experienced this much ferocity from an NBA player before.

The 7-foot-1 rookie went up against the late Dwayne Schintzius who was just as tall as he was. Unfortunately, very few can stop a Shaq Attack especially when he’s coming at you with this much determination.

Alonzo Mourning was one of the best shot-blockers in the league and one of the most intimidating ever as well. But Carter has humiliated more than his fair share of these folks in his career.

What made this more incredible was the move that Carter pulled off prior to the dunk itself. As the ball was going out of bounds, Carter caught the ball and dribbled it behind his back. After two dribbles, he elevated sideways to keep Mourning at bay. He dunked it with such force that Mourning had to gather himself to avoid falling to the floor.

Poor Brandon Knight. All he really wanted to do was steal the lob pass that Chris Paul threw to Jordan. He wasn’t trying to block the dunk attempt. That would be foolish. Yet here he was caught in the air with Jordan and nowhere to go but down. He fell hard on the floor but the embarrassment was infinitely more painful.

The reaction from the kids watching the game was classic. The facial expression from Jordan afterwards made it priceless.

No top 10 list involving the greatest dunks would be complete without Shawn Kemp. Kemp has destroyed every player imaginable with his rim-rattling jams during his high-flying career. But the dunk on Alton Lister was his greatest ever.

Known as the Lister-Blister, the 6-foot-10 Kemp drove down the lane with the ball cocked and locked on his wrist as he rose up for a windmill dunk in front of the 7-foot Lister. The audacity to pull off such a dunk during a game was just off the charts. And he topped it off by pointing both his index fingers in the direction of the fallen Lister. The histrionics afterward made this dunk all the more memorable.

Sorry, Patrick, but you’re on this list for the second time but at the wrong end of it.

Michael Jordan faced Ewing so many times in the playoffs that it’s like a given every year. In one particular play during the 1991 playoffs, Jordan drove baseline but was trapped between John Starks and Charles Oakley so he pulled his dribble back out. As the two followed him, Jordan spun back and elevated for a dunk with Ewing the lone defender at the rim. As he is known to do, Ewing raised both hands up to try and contest the shot. Unbeknownst to him, the degree of difficulty would only make the poster dunk that much more unforgettable.

“My most memorable dunk that I think about very, very often is the Patrick Ewing dunk,” Jordan said in a promo for the NBA 2K14 video game. “That’s only because Patrick and I are such great friends. Oakley was a part of that whole process because he thought he could defend. We got into a screen-and-roll and I spun back and Patrick, I told him Georgetown guys don’t block shots they just take charges. And I dunked it so hard on him it was unbelievable.”

Yes, this was in the Olympics but since NBA players were in this game, this counts. At least in my book it does.

Frederic Weis is a 7-foot-2 center from France who played for the New York Knicks but in the Olympics, he was playing for his home country.

Carter stole the ball at midcourt and drove down the middle with Weis hoping to get an offensive foul on his opponent. But he had no idea Carter would do what he would do eventually. In fact, not even Carter himself had an idea what he would do then. He just went up and didn’t realize he would end up right on top of Weis. His main focus was just to dunk the ball.

In an ESPN piece by Michael Wallace and Rob Peterson, Carter told the story of how he tried to replicate the dunk during practice with his teammates. No matter how often he did it, Carter would trip over his teammates or fall.

“I just could never do it the same,” Carter said.

His elevation in the Olympic game was so otherworldly that he couldn’t even top himself much less perform the same dunk.

Though others have dunked on other players before, no one has literally gone over the top of a 7-footer in a game. 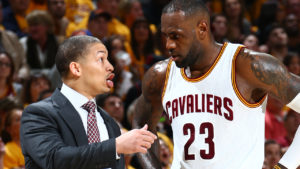