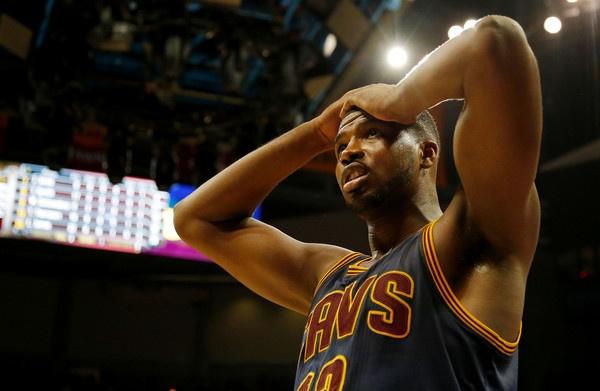 When the clock ticked 12:01 AM on the 1st of July, David Griffin and company hit the ground running as they faced a tall list of their own free agents whom they needed to retain. Kevin Love, Tristan Thompson, Iman Shumpert, J.R. Smith, Matthew Dellavedova, and James Jones all played huge parts in their monumental run last season and their future as members of the Cleveland Cavaliers had to be secured.

Thus far, Love, Shumpert, Jones, and Dellavedova have been inked to contracts. However, Tristan Thompson, whom everyone expected to be among the first to re-sign with the team, is still without a deal. This has been a shock nonetheless as reports have already swirled that Thompson and his agent, Rich Paul, were already close to an agreement; but that news is already about a month old. 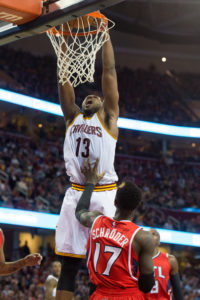 The question now is no longer targeted on his worth in dollars. The silence has been intriguing and the speculations are only piling. So what’s holding up the progress?

This should have been an easy call for Thompson, especially being a restricted free agent, as Dan Gilbert has an open checkbook that is set to match any offer that other teams will put forward. At this stage, the Cavs are the ones applying the pressure by subtly discouraging other teams from engaging into talks with the Canadian power forward.

However, Chris Manning of Fear The Sword shared his insights on Tristan Thompson’s interesting card. He wrote:

“Thompson, though, has some leverage that few other restricted free agents have had. Due to a weird set of circumstances, Thompson can play the Cavs’ game and push them to give him at least a little more of what he wants. His play? Take the qualifying offer – or at least threaten to do so.”

Thompson can indeed take the $6.7 million qualifying offer and test the market again in 2016 with more liberty as an unrestricted free agent. That would be a huge gamble though as the odds will be stacked against his favor with Kevin Love and Anderson Varejao returning to full health.

There is another wildcard looming that Thompson may be eyeing but I will repeat that this is an absolute longshot. Masai Ujiri, team president and general manager of the Toronto Raptors, once said this about the possibility of them going after Canadian players to play for their home country:

“We are studying it. I even considered last year hiring somebody to concentrate just on Canadian players and I think I’m going to go through with it because the growth of the game here is so big,”

“It’s the fit. We can maybe take our time and study it a little bit so it is the right fit and not do it just to do it. It’s going to come, there is no doubt in my mind. It’s an obligation that I think we have to fulfil. We are a Canadian team and I think to have Canadian players, I think will be phenomenal.”

While, Tristan Thompson also shared his thoughts on playing in Canada:

Tristan was "super pumped" for long-time friend/National Team running mate Cory Joseph, said it's every Canadian's dream to be a Raptor

But outside of that possibility, the Cavaliers and Thompson are almost a cinch to reunite this summer. Even LeBron James, who’s almost always extra-careful with whatever comes out of his mouth in public, exuded so much confidence in Thompson’s return:

@YrNGiovanni@RealTristan13 Yeah of course he will. Means way too much to our team success!

It’s also noteworthy that another one of Rich Paul’s clients in Eric Bledsoe underwent something similar as a restricted free agent for Phoenix in 2014 and talks dragged all the way to late September until a deal was hammered out with the Suns.

Tristan Thompson has already bet on himself, and won, in the previous season and common sense dictates that he won’t push his luck and wager his future again by taking the qualifying offer. The money and the opportunity to do something very special in Northeast Ohio are already tremendous deal clinchers for the offensive rebounding machine and it should only be a matter of time before the Cavaliers retain his services.