What Would The East Look Like If The Playoffs Started Today? 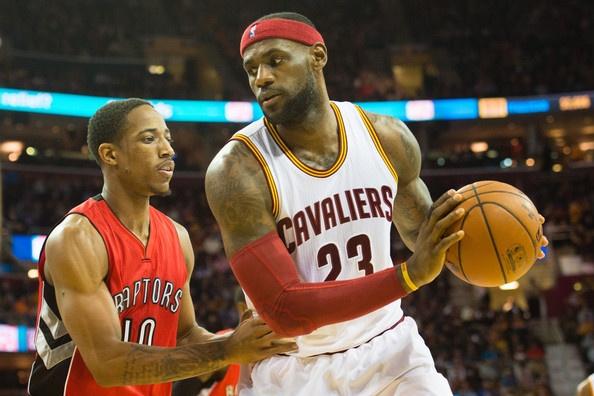 It’s no secret: the East lacks competition, with teams that pale in comparison to the West. This season, however, looks like the start of a new age for the East, as the conference has all eight spots up for grabs. With some surprisingly good teams as well as some disappointing teams, here’s how the 2015 Eastern Conference Playoffs would look if the playoffs started today. The Atlanta Hawks have surged to the top spot in the East with a six-game winning streak and having gone 22-3 since their slow 5-5 start. Paul Millsap, Jeff Teague, and Al Horford have quietly become Atlanta’s Big 3 as they’re all playing extremely well. Meanwhile, the Miami Heat are having trouble staying consistent, as they’ve just ended a four-game game losing streak by defeating the Brooklyn Nets. Dwyane Wade, Chris Bosh, and Luol Deng are all healthy, so it’s only a matter of time before the Heat get it together.

The Chicago Bulls are finally healthy and have won 10 of their last 12 games with Pau Gasol and Jimmy Butler playing better than expected. With Gasol, Noah, Mirotic, and Gibson all playing well alongside Rose and Butler, no single player needs to have a big game nowadays for them to win. For the Nets, they still occasionally rest Garnett and are bringing Brook Lopez back extremely slow from a back injury, but Lopez has been dominant when he plays. Deron Williams is also out now indefinitely with a cartilage fracture of his 12th rib. The only bright spot for the Nets this season has been the consistency of Joe Johnson and Mason Plumlee, who is having a breakout season in the midst of the Nets’ injuries.

The Raptors looked improved early on after their rough loss in last year’s playoffs to the Brooklyn Nets, but were never expected to compete for the top spot, especially not after losing DeMar DeRozan for over a month. But it’s January and they’re in the 3rd spot just three games back of the top spot in the East. The Bucks, who lost the likely rookie of the year Jabari Parker for the season due to a torn left ACL, were not even expected to make the playoffs with him, but they’re surprisingly just a half-game behind the Cavaliers for the 5th spot in the East behind 2nd year head coach Jason Kidd.

And last, but certainly not least: the always intriguing 4) vs. 5) matchup on the next page. Washington is playing extremely well but is still sitting at the 4th spot in the Eastern Conference. That being said, they’re just three games behind the East-leading Hawks at 24-11. In the meantime, the Cleveland Cavaliers have been struggling mightily since losing Anderson Varejao for the year to a torn Achilles and LeBron James for a couple weeks due to knee and back strains. Cleveland has lost three straight and seven of its last nine games, most recently to the Houston Rockets. They recently traded Dion Waiters in a three-team trade that brought Iman Shumpert, J.R. Smith, and a draft pick to Cleveland. Just 48 hours later, Cleveland traded that pick along with another for Denver Nuggets center Timofey Mozgov. The Cavs and Wizards have met in the playoffs three times, all consecutively from 2005-06 – 2007-08, and won 4-2, 4-0, and 4-2.