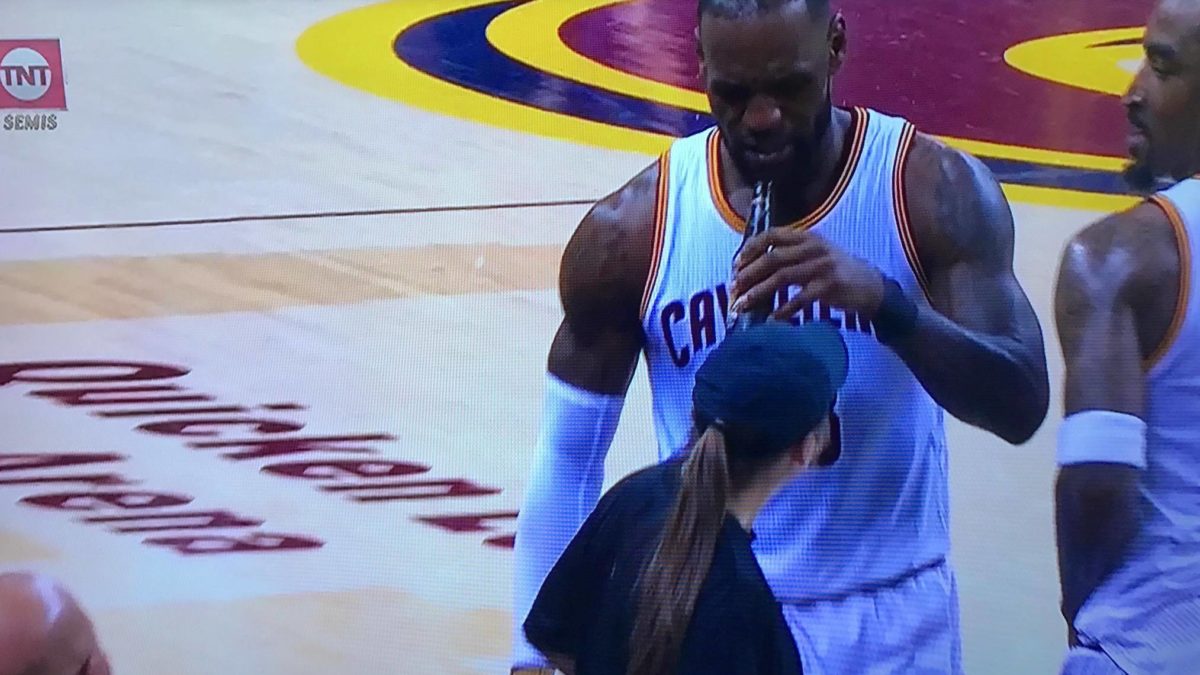 Late in the third quarter of Game 1 between the Cleveland Cavaliers and Toronto Raptors, LeBron James narrowly misses an open layup attempt while getting fouled. In frustration, James goes towards an in-arena food and beverage server, softly taking a beer from her hand and contemplates taking a sip to the delight of the crowd.