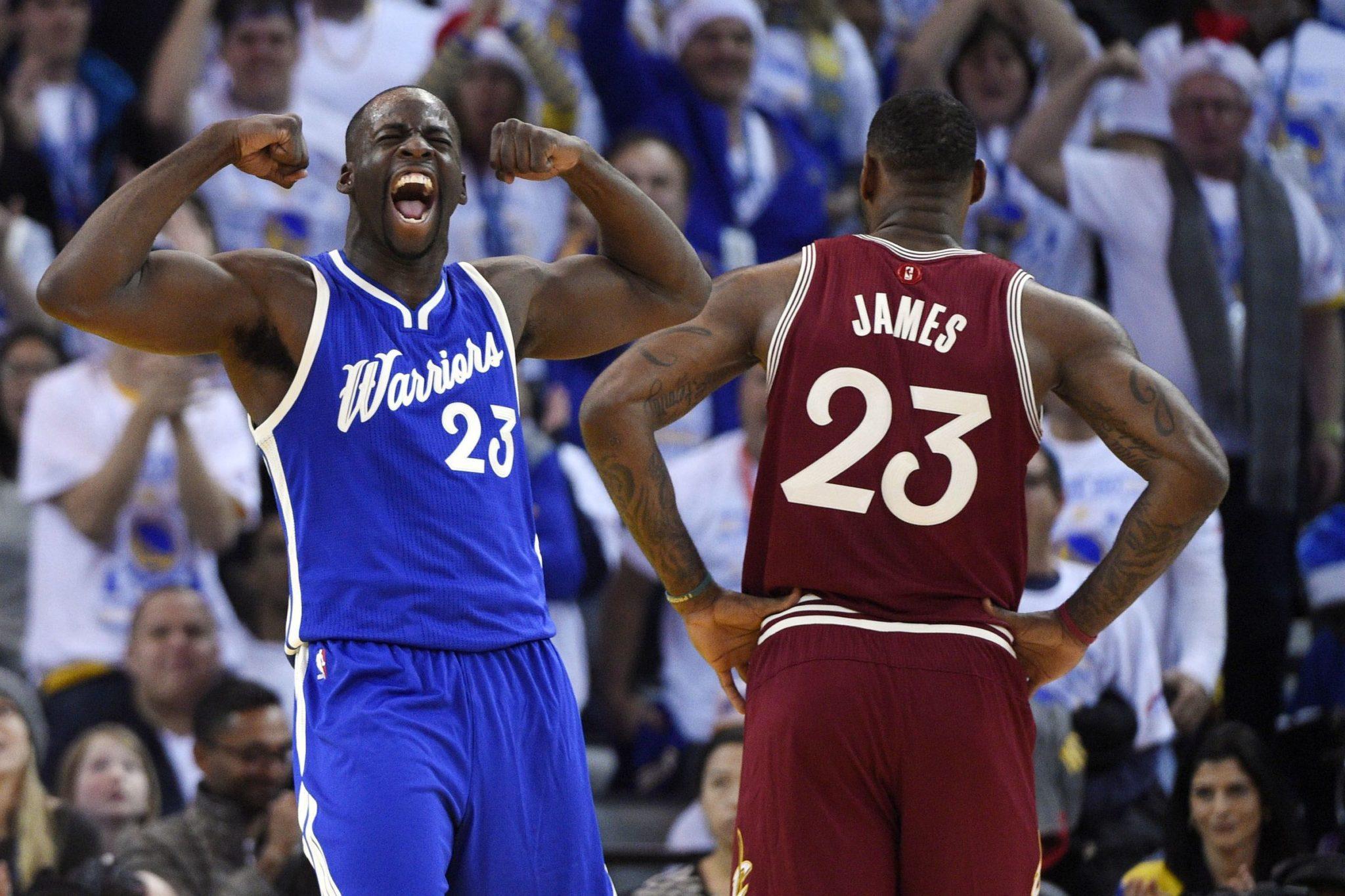 It’s finally behind us: the first clash of conference heavyweights that intrigued each and every fan since last year’s unforgettable Finals series. Certainly, Cleveland’s rematch with Golden State did not disappoint.

There were some emotions on Friday; justified emotions from fans in a reunion that came after a limping, unappeased finish to last season. However, the win felt more mandatory for unpaid spectators than professionals like LeBron James, who admitted he wouldn’t “put everything into this game.” Obviously, his desire to win can’t be matched, but neither can his perspective.

For what was broadcasted as the “game of the regular season,” the match was just that – regular. The Cavs entered a four-game stretch in five days against a team missing just its fourth (at times, third) best player in Harrison Barnes. Meanwhile, Golden State is in the midst of a five game homestead in 12 days and competed against a Cleveland roster that has found full strength for the first time since April this very week. These are not excuses; these are facts that should’ve been considered outside of the nostalgia and anticipated revenge. To put it all out there, here are some other facts:

They bested the best defense the Cavs have ever played. Now, here’s what we get to take with us to Portland and, infinitely more importantly, through another two-thirds of the season into the playoffs.

I don’t buy that LeBron James was attempting to fool anyone when he said this game was “one of 82.” I think he was being honest, because despite shooting 31.6 percent, barring a 16.7 percent three-point blunder and missing free throws that are indispensable in any playoff scenario, the Cavaliers didn’t bring championship strategies. Instead, to head coach David Blatt’s credit, they brought championship possibilities.

Without doubt, on court, our guys played their hearts out and nearly rose above despite the offensive flub. This sure sounds familiar, but it feels different. That uphill quest wasn’t nearly as wretched this time around, regardless of the Finals-like atmosphere in Oracle. Let’s look at the difference-maker Cavs fans have prepared for: the impact of Kevin Love and Kyrie Irving.

Promising signs like Love’s 18 rebounds and glimpses of genius from Irving couldn’t supersede their pitiful 0-11 combined three-point effort. The eight offensive rebounds from Golden State that Cleveland’s big three alone matched wasn’t enough hustle either. Even with Love and Irving back, the Warriors aren’t suddenly easier to overcome; it takes a tested team strategy with rotations both in the lineups and on the defensive end. The Cavaliers are still trying to figure what actually works, which means trying things that don’t work. As James points out, “for the first time in a long period of time, we had some different lineups out there.” He explains, “against a championship team like this, it’s hard to do this on the fly… offensively, we’re all out of rhythm.”

We’re, as in we are not we were. While Cleveland’s stats seemed unheard of against the Warriors, it does make sense considering our current state. We are in the kernel of a present, ongoing process to bloom back into championship form, which James anticipates should be reached “around February or March.” Along the way, this process and its possibilities require risks. Given their depth, there are a lot of risks the Cavaliers can take, but against Golden State there were a couple prime circumstances coach Blatt had to risk.

Deprived of Love in the Finals, the Cavaliers are faced with two games – no, two opportunities – in the regular season to crack the Warriors before any chance at retribution. That means two opportunities to find out where Love, and Irving for that matter, can make their impact against Golden State. In spite of Love’s defensive liabilities, Blatt played an offensive card with Love at Center late in the fourth quarter, a wildly unpopular decision considering his typical strategy with an inexhaustible Tristan Thompson. Under the lights of Christmas and with eyes from national TV to Santa’s sleigh watching, what better contrast of strategy for a playoff scenario could there be? He was fully aware of the risk, because plays like this are a lot less likely with Thompson down-low in crunch time:

Even a patented step-back triple from Curry is better than that. Love did show improvement in man-on-man defense with a couple blocks and defensive rebounds that a top-10 offensive rebounding team like the Warriors are accustomed to stealing. What about the alternative hypothesis to Blatt’s experiment: would the additional offense from Love and Irving have given Cleveland the surge we assumed we would have against the Warriors? Unfortunately, those results are inconclusive, as the Cavs hoisted 95 shots and turned the ball over just 11 times. Those are usually numbers you need against Golden State, but you usually need shots to fall.

Speaking of offense, the Cavs’ second Christmas present was their second chance to see what their big three can do against a very, very elite Warriors defense. That’s right, the second chance, not the first. Recall these teams’ final regular season matchup last season in February, at a time where the Cavs were healthy, in sync and conscious of their most powerful lineup packages. That game, unlike a majority of the legendary LeBron performances we witnessed in the Finals, featured four other Cavaliers who scored in double-digits – including Love and Irving. Like any other team, the Warriors have no definitive answer for James; but locking out all other scorers traps the Cavaliers in an iso-heavy, pre-Miami state with an anxious and uninvolved offense. Another lesson learned, as the Cavs lost a pretty big indicator of team basketball with an assist count of 21 to 12 in favor of Golden State. Perhaps Blatt might consider playing Richard Jefferson, who has made 90.8% of wing/perimeter shots off assists by teammates this season per NBA.com. That’s more than anyone else on the Cavaliers, and it could’ve been a christmas miracle.

While the Cavaliers could not start their winter Western road trip with a ‘W’, we did receive gifts of revelation and championship caliber defense. Just one triple for Curry, five fewer turnovers than the Warriors. These things matter, along with Kyrie catching up to game speed. Ultimately, “we gave ourselves a chance to win,” as James said. “We play like that, defensively, we’re going to be a very tough team to beat.”

See you in June, Golden State.