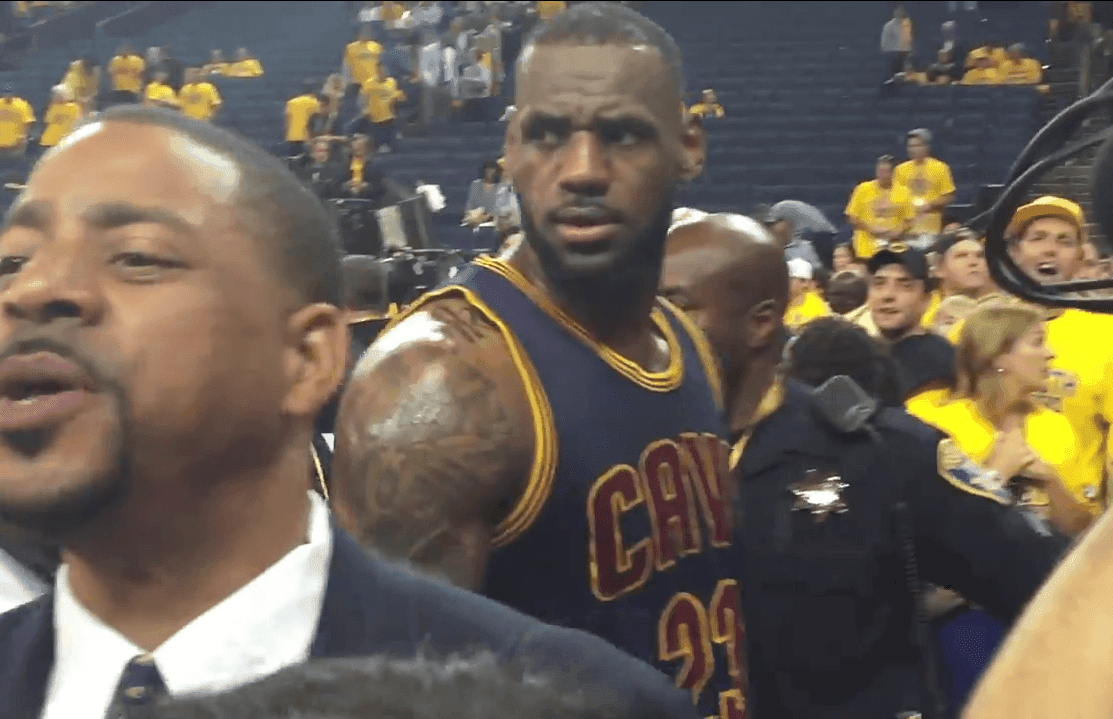 The Cleveland Cavaliers stole home-court advantage from the Golden State Warriors with a Game 2 road victory in the NBA Finals.

It was a huge win for the Cavs, a team that had never seen an NBA Finals victory and a huge loss for the Warriors, who had won 43 of the last 46 home games prior to that loss. Even greater? LeBron and the Cavs did this without Kyrie Irving, Kevin Love, and Anderson Varejao.

After the big win, a Warriors fan sitting near the courtside next to the Cavaliers’ tunnel couldn’t stay classy, and instead decided to shout obscenities directly at James. The worst part, it was a female with the dirty mouth.

Sure, no fanbase keeps it 100% clean in terms of what they scream out before, during, and after the games, but this is taking it to a whole new level.