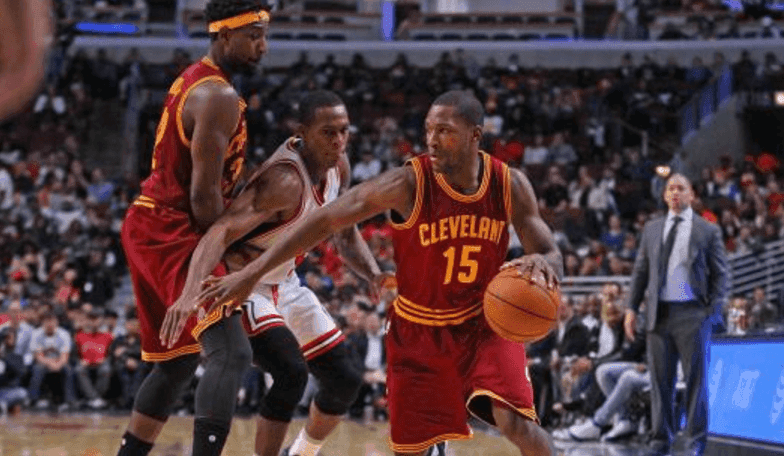 The Cleveland Cavaliers officially re-signed their sharpshooting guard J.R. Smith to a four-year, $57 million deal on Saturday morning. In order to clear up a roster spot for the move, the Cavs opted to waive point guard Toney Douglas.

With Douglas out, that leaves Kyrie Irving and Kay Felder as the lone point guards on the championship roster. As it’s been said before, the rookie Felder is a great backup to a star in Kyrie Irving, but Irving’s injury prone past alone makes it a little shaky for the Cavs to go the entire season with just Felder as Irving’s backup. With that being said, the Cavs are apparently still eyeing the market for a free agent point guard.

RELATED: LeBron James, Tristan Thompson react to finally having J.R. Smith back on the team

According to Marc Stein of ESPN, the Cavs are seriously interested in signing point guard Mario Chalmers after he finishes his rehab from Achilles surgery and is cleared to make a return to the court. Chalmers is a former teammate of LeBron James, James Jones, and Chris Andersen from their tenure with the Miami Heat earlier this decade.

Separate from the Smith saga, rumbles persist that Cleveland has strong interest in reuniting LeBron James with his old Miami teammate Mario Chalmers when the veteran point guard is sufficiently healthy to return from Achilles surgery in March.

During a game on March 9, 2016 between the Grizzlies and Celtic, Chalmers suffered the Achilles injury while going for a loose ball and immediately fell to the ground. He’s been working on a return to the court.

Brian Windhorst of ESPN spoke to Mario Chalmers was about a month on October 9th, when the guard said he was about a month away from being ready to return. Once Chalmers is cleared to return, the Cavs, as well as other suitors, will surely begin to seriously inquire about him.