The past few days have been rough for the Cleveland Cavaliers, to say the least. Being handed two consecutive losses from the Oklahoma City Thunder and New Orleans Pelicans, Coach Blatt and his players already had a lot on their minds; but when medical reports surfaced, the team had even more to worry about. Cleveland Shooting Guard Dion Waiters and Matthew Dellavedova were both spent their Friday nights in a New Orleans hospital.

{adinserter 2}Waiters left the Pelicans game after experiencing excruciating abdominal pain after just 10 minutes off the bench. Dellavedova made it through the entire game, but showed signs of struggle during the Pelicans matchup after coming off a surprisingly productive performance in Oklahoma City; he then continued to struggle with stomach pain, and he too went to the same New Orleans hospital to receive treatment.Today, reports indicate the Cavalier reserve guards will make a return and fly back to Cleveland and reunite with the rest of the team.

When playing four teams in five days, fatigue and frustration are bound to sneak in; resilience is what powers a team out. The Cavs will have a weekend to rest and prepare themselves for a five-game home stretch against, in which only one matchup features a team above .500.

Ultimately the regular season is just an experience. Regardless of the win-lose ratio, the amount a team grows will determine how far they can go in the season. Health and learning from mistakes can be just as important as winning. 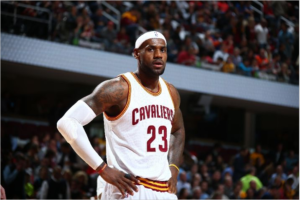