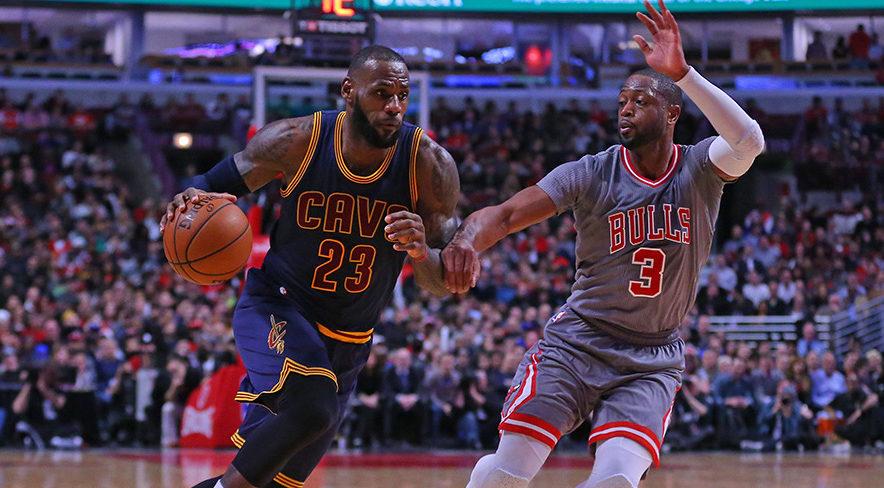 LeBron James and Dwyane Wade have a well-publicized friendship off the court, but before the Chicago Bulls took on the Cleveland Cavaliers last night, Wade paid James the ultimate compliment for his on-court greatness, calling him and Lakers legend Kobe Bryant the toughest and hardest players he’s ever had to guard.

James and Wade were a dominant one-two punch in Miami, but many people forget the fierce battles they used to have before they teamed up. In 2006, Wade scored 44 points and James poured on 47 in a Cavaliers victory. Again in 2009, Wade scored 41 and James had 42 in a come from behind win for the Cavs.

RELATED: Cavs expected to give up Cedi Osman, McRae in deal

They entered the league together in 2003, and as their friendship flourished during their first years in the league, so did their battles against one another. They share the utmost respect for each other, and Wade told Spencer Davis of FoxSports Ohio via CBSSports that James, along with Bryant, were the toughest covers he’s ever faced.

“For me, 1-2, however you want to put ’em, is him and Kobe,” Wade said. “Obviously I’ve had to guard Kobe more, so I’ve been in that battle a little more with Kobe. But LeBron, we’ve never seen a player like him. We’ve seen Magic, they got a similar style, but what he does in a game, how he affects games, I haven’t seen that. I haven’t went against it. But him and Kobe for sure are the hardest and toughest guys that I’ve ever had to play against.”

As a competitor, it’s the ultimate homage to James, who relishes competition, and the ability to go up against the best players in the association every year as they all try and rip away the throne he has held for so long.

Needless to say, James and Wade will continue to look forward to matching up against each other until they both call it a day on their careers.

Watch what Wade had to say here.

Dwyane Wade reflects back on how his relationship with LeBron grew, says he & Kobe were toughest he's ever faced on the court. #Bulls#Cavspic.twitter.com/iuZIS71ioS