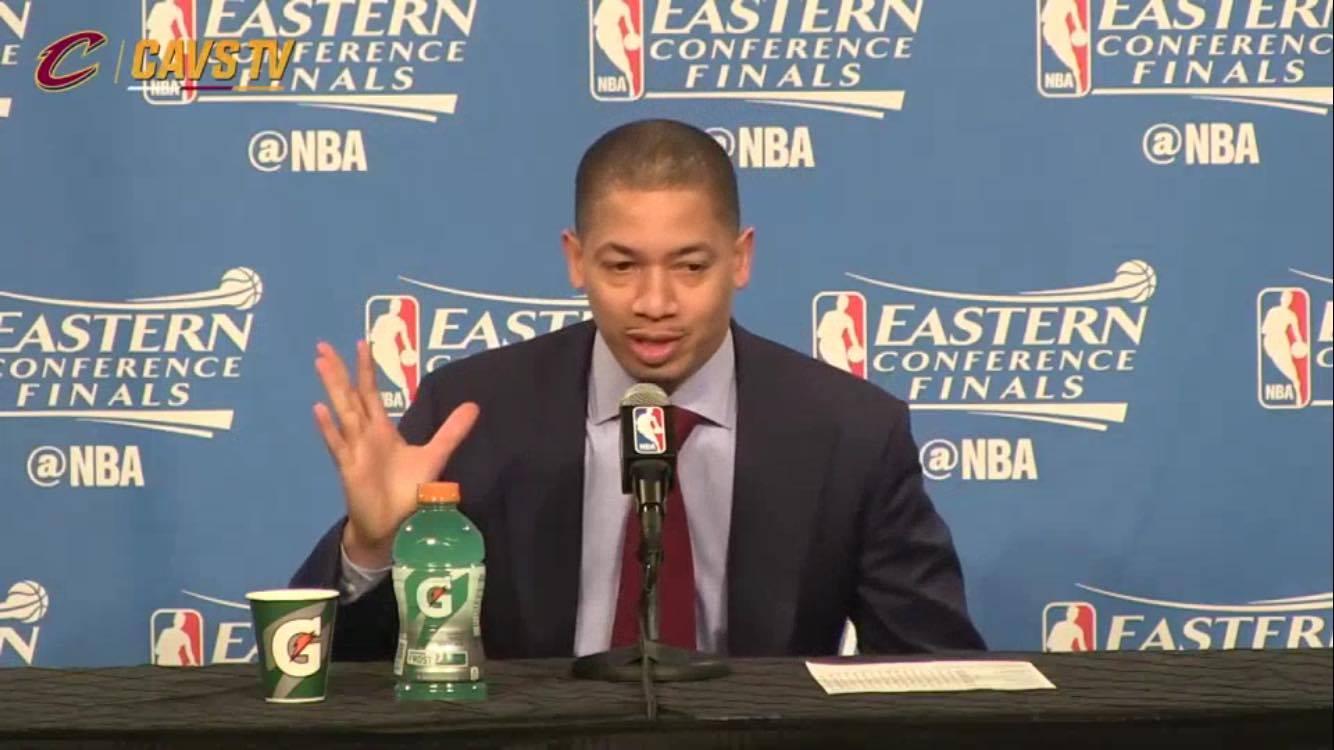 There have been countless theories on the turnaround on and off the court for Cavs in the playoffs. The harmonizing Big Three, engaged role players and an inexhaustible fan base have given the front office everything it hoped for when it committed to a life of luxury tax. But, ask anyone in the franchise and they’ll tell you how talent and chemistry alone have not been brought Cleveland one win away from their second straight finals appearance. LeBron and friends have put aside every ego, conflict and discomfort in the interest of the NBA’s most successful rookie coach,Tyronn Lue.

Lue has clear a path toward Cleveland’s championship hopes by working with every Cavalier to determine his role. Outside of demanding respect and drawing up flawless inbound plays, Lue’s biggest success has come in the timely implementation of Kevin Love, who never found rhythm during David Blatt’s respectable term. In Game 5, Love erupted in what may have been the best performance of his (playoff) career.

Love went 8/10 and led all scorers with 25 in Cleveland’s most convincing victory in franchise history. The Cavs set a Conference Finals record for largest point-difference by halftime (31), at which point Love was 6/6 with 19 points. The Wine and Gold’s leading rebounder only snubbed two boards out of the Cavs’ +19 advantage on the glass in Game 5, but his impact was clear. You notice the best Love is an active Love who can hang on the pick-and-roll, create some turnovers, and move a little more offense. Immediately following Game 5, Lue opened the press conference with a zinger to the media’s constant distress on Kevin Love’s fourth quarter whereabouts.

Tyronn Lue jokes about Kevin Love not playing in the 4th quarter #CavsNationpic.twitter.com/QnlZR9LlBk

“Before you ask, I know Kevin Love didn’t play in the fourth quarter, okay? Next question.”

In reference to questions of Love’s fourth quarter liabilities, Lue reminded the World that the (arguably) best shooting and passing Power Forward in the game hails from Cleveland. According to Coach, Love is “a bad mother****er, who needed to play like it.”

The jokes never stop with the league’s youngest active coach. In addition to being the first rookie coach to win his first 10 playoff games, tame superstars and finding a way for Love, Lue may have risen in the ranks of press conference comedy. Remember the reaction to Steve Kerr’s attempt?

Steve Kerr with a little joke after Steph Curry's masterpiece. (via @NBAonTNT) pic.twitter.com/WBZqzPKZyS

Ouch. I’m not saying that you can put Lue up against Greg Popovich, but you can definitely put him up against the coach of the year for entertainment.