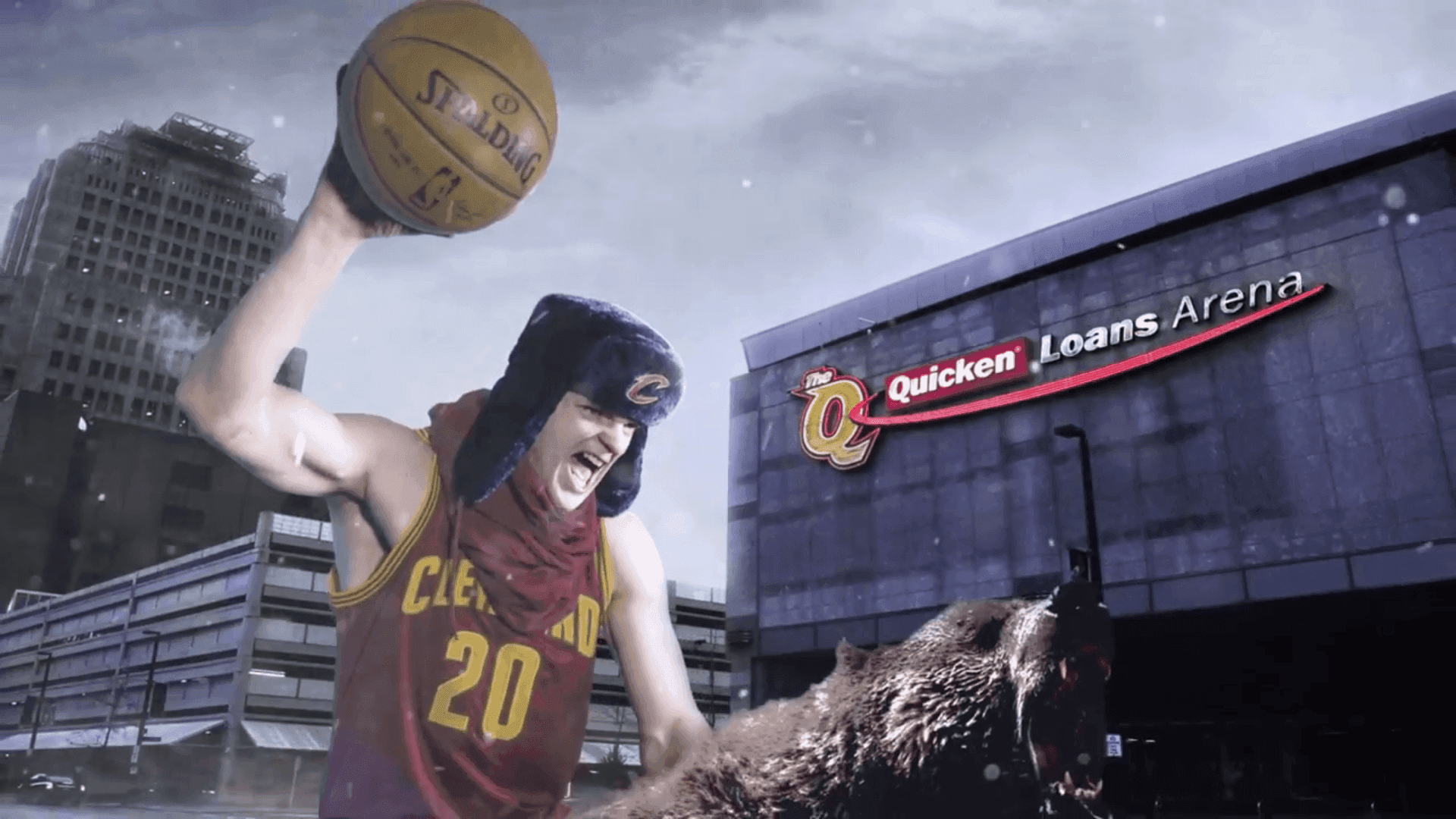 Everyone loves the promotions that teams have for their fans. Whether is a shirt giveaway, discounts off of items, or even a chance to meet players, nothing gets fans even more involved with the team than these promotions.

Fortunately for the Cavs, they have one of the best promoters in the NBA. Timofey Mozgov plays for the Cavs, but he’s also taken on an acting role since coming to Cleveland. Now, it hasn’t been the best acting career…not by a long shot, but he’s getting more and more gigs as an actor.

First, it was his commercial for the Brew Garden restaurant. He then took off and did another commercial for Sky Zone, an indoor trampoline and foam pit park, which was also fun to see.

VIDEO: LeBron James Gets Surprised By Dallas Cowboys’ Mascot In His Hotel Room

Recently, Mozgov did a commercial for the Cavs Winter Hat Giveaway on January 23 against the Bulls. In the video…he rode a bear while wearing the hat. Just…just watch and enjoy.