VIDEO: Stephen A. Smith Sticks With Original Report That Kyrie Irving Is Unhappy In Cleveland 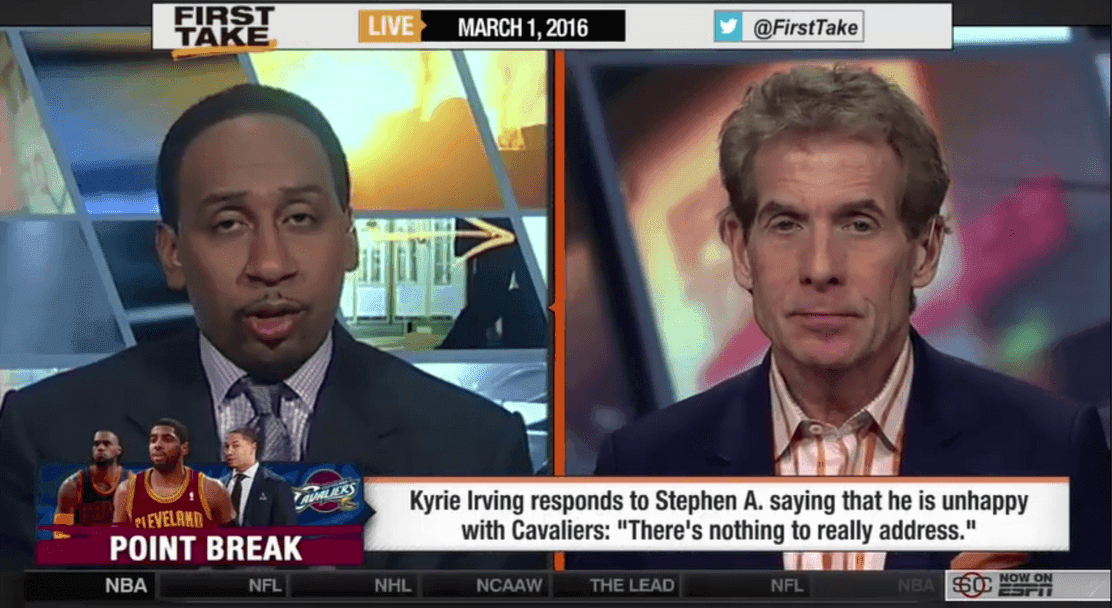 After the loss to the Washington Wizards, the media exploded with concerning and bashful comments about the Cleveland Cavaliers status in the NBA. Many are questioning whether they can even make it out of the second round. Thus is the case with the Cavs. Win five in a row including a victory in Oklahoma City and you’re looking like a championship team. Lose two in a row and you’re looking like the Sixers, no disrespect.

Stephen A. Smith recently came out after the Wizards loss and said that Irving is reportedly unhappy in Cleveland.

That notion was quickly shut down by Irving after he helped the Cavs defeat the Indiana Pacers on Monday. Irving came out to say that it’s all talk and that he’s ‘all in’ for for winning a championship for Cleveland.

There. Done. Nothing more to talk about.

But wait, we’re talking about Stephen A. Smith here. The guy basically never backs down from what he says, which is respectable, and on Tuesday’s episode of First Take, Smith stood his ground on the notion that Irving is not happy in Cleveland and explained.

It honestly feels like Smith is just reaching at this point. Yeah, you can say Irving may have been unhappy after losses to Toronto and Washington, but did anyone see a joyful Kevin Love? A happy J.R. Smith? No, of course not. But Irving said it best after last night’s game: