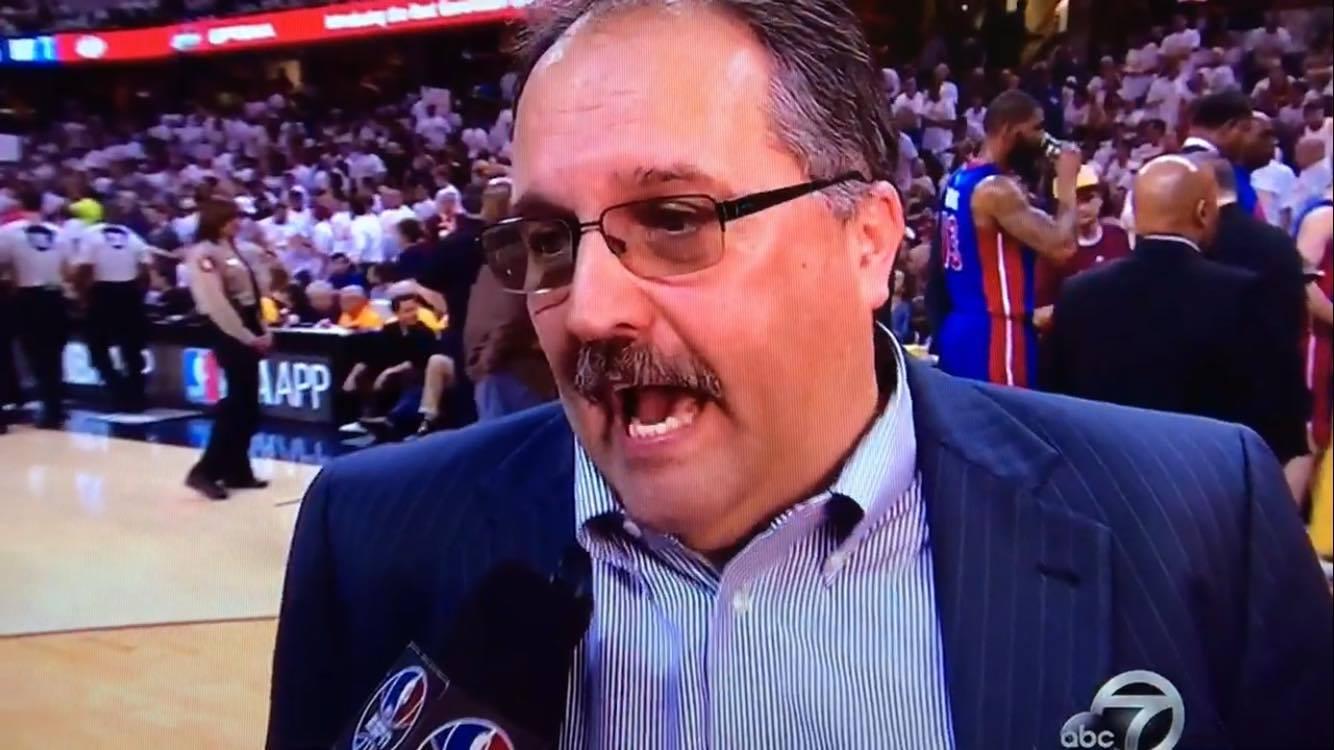 It didn’t take long. After the first quarter of Game 1 between the Cleveland Cavaliers and Detroit Pistons, Pistons coach Stan Van Gundy took exception to some non-calls that he thought angered his team.

On a pair of plays, LeBron James drove inside the paint and seemed to dislodge his defenders. He wasn’t called for the fouls while the Pistons were. Van Gundy expressed his anger in an interview after the first quarter.