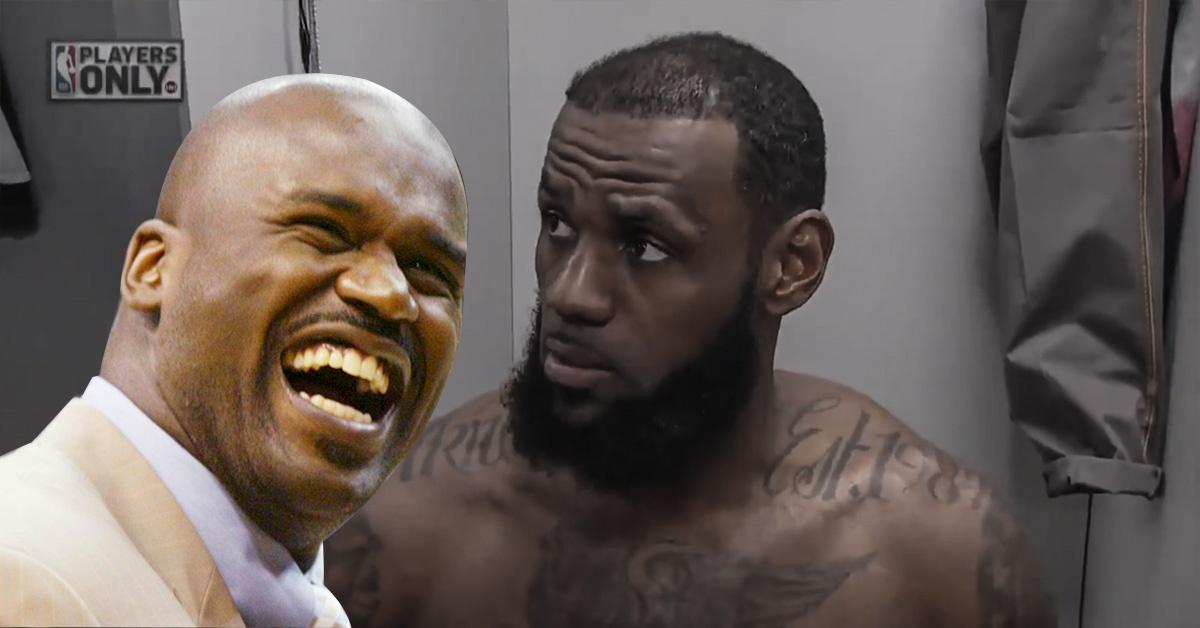 When it comes to his sense of humor, Shaquille O’Neal is not one to pump his breaks. He will make fun of anyone regardless of who they are, and that was what he exactly did recently when he tried to dub a LeBron James interview with his own voice. Even The King can be a comedic material for The Big Diesel.

That James interview happened after the Cleveland Cavaliers lost to the Miami Heat on the road on Tuesday, 98-79. James had a subpar performance by his own standards in that game, scoring only 18 points to go with seven assists, and six rebounds. It’s unknown what kind of questions LeBron James was fielding in the video, but those were definitely way different from Shaquille O’Neal’s interpretation.

Shaq’s hilarious voice over of James’ interview, of course, went viral, and it did not take long before it got LeBron’s attention. The Cavs’ superstar, however, just laughed it off, and even re-posted the video on his Instagram account.

James and Shaq played one season together in Cleveland, back in 2009-2010, so the former surely is not new to his kind of antics from the latter.

Now part of the NBA on TNT postgame show, Inside the NBA, Shaq is still being afforded of a platform to show off his funny side, which is probably the only side he has right now.

As for James, his Cavs bounced back from the loss to Miami with a 118-105 win over the Charlotte Hornets on Wednesday night on the road.