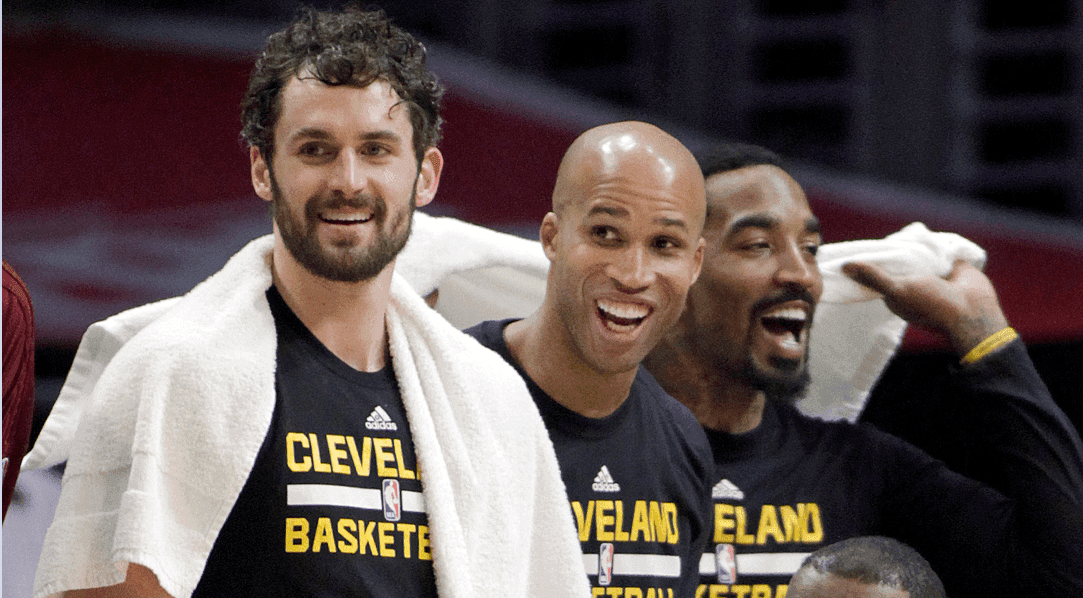 Richard Jefferson has enjoyed his vacation down in Southern California and returned home to Cleveland. Last year, the Cavs acquired a good friend of his Channing Frye, who helped the Cavs win an NBA Championship. With Frye having another pair of years on his contract, Jefferson probably couldn’t let Frye have all the fun and decided to re-sign with the Cavs for another two years.

Upon returning to the locker room, Jefferson saw that the Cavs players had some gifts left at each of their lockers. Instead of checking his gift, Jefferson let’s Frye know via Snapchat that he was going to open his first. Then, RJ does so and shows off Frye’s gifts to Cavs fans and the rest of the Snapchat world.