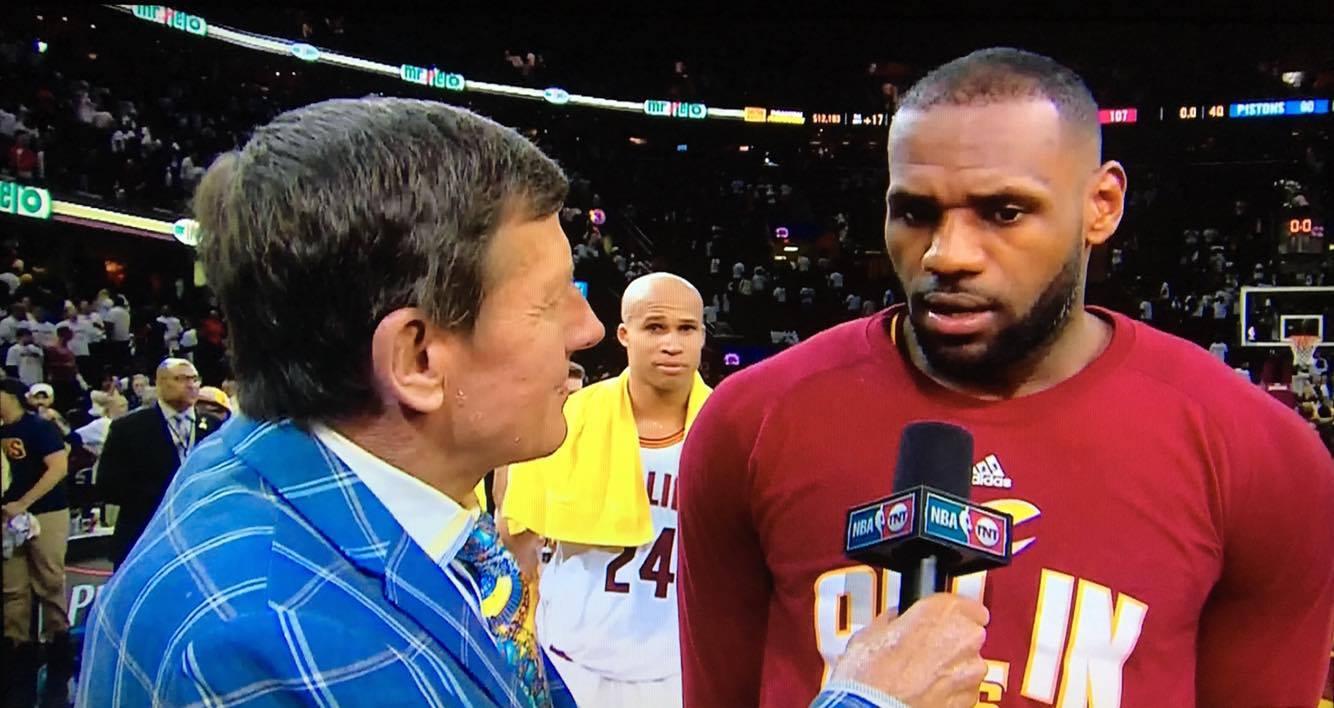 The Cleveland Cavaliers took down the Detroit Pistons in Game 2 last night led by LeBron James’ 27 point performance on 12-18 shooting.

After the game, he was interviewed by everyone’s favorite sideline reporter Craig Sager. Knowing the Cavs, however, there had to be someone lurking and waiting to videobomb. This time it wasn’t J.R. Smith or Kyrie Irving. It was veteran Richard Jefferson!