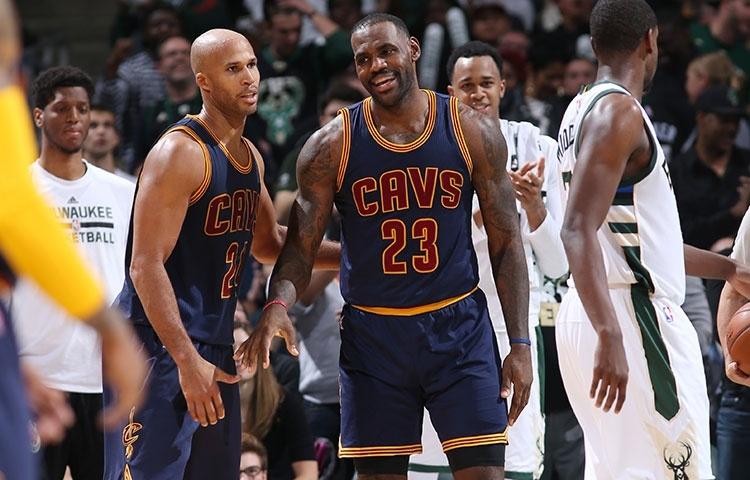 Richard Jefferson gets the ball on the fast break from Matthew Dellavedova, and beings to drive to the basket. He didn’t realize he had LeBron James waiting for an alley oop pass, and he ended up passing a little late which eliminated the ‘Showtime’ possibility of the dunk.

However, he and LeBron had a pretty funny exchange after in which R.J. made a hilarious facial expression and James teased and laughed with him all the way to the Cavaliers bench. This is the kind of chemistry that fans want to see among teammates.

Hopefully the Cavs can carry this momentum as they take on the Bucks on Wednesday and then Brooklyn on Thursday.