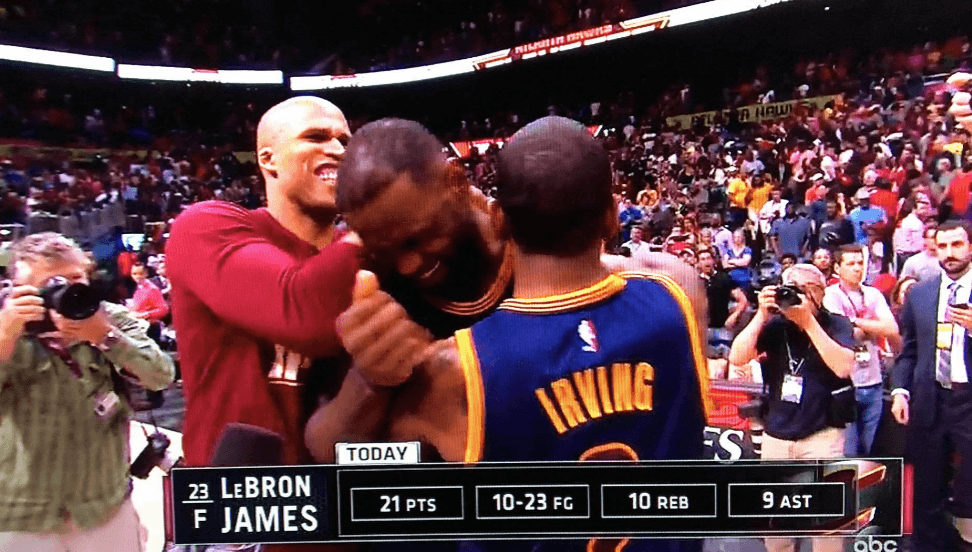 LeBron James made the clutch plays down the stretch, hitting a big bucket and forcing a jumpball that sealed the game for the Cavaliers.

After the game, Richard Jefferson and Kyrie Irving mobbed LeBron as he began his postgame interview.