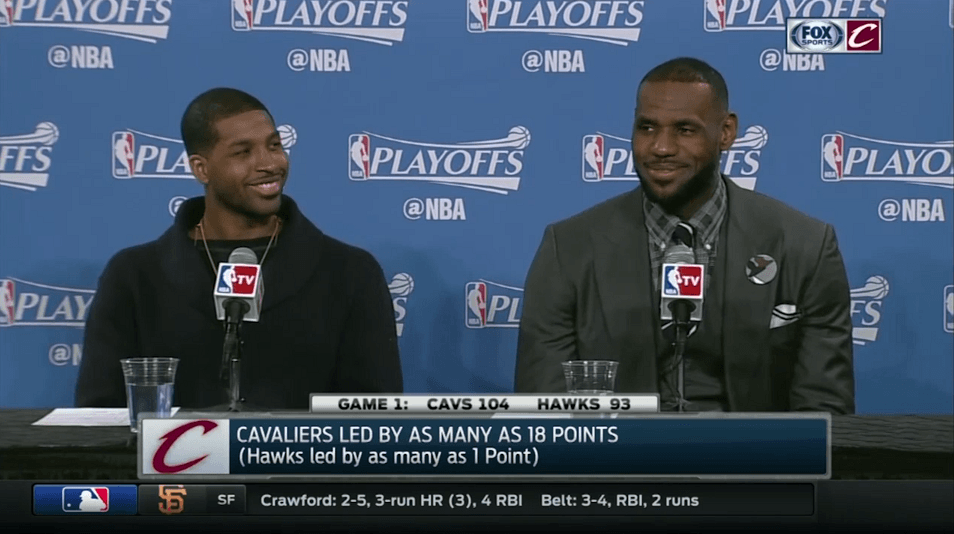 Tristan Thompson’s impact doesn’t come at the scoring side of the ball, but rather the hustle part of basketball, as we’ve all seen since last postseason and especially this postseason. Aside from one bad game in Game 2 of the Detroit series where he battled foul trouble and never found a rhythm on the court, Thompson has had a game-changing impact on the boards. He’s had at least three offensive rebounds in four of the five postseason games, and last night’s game was easily his best overall, as he finished with eight points, 14 rebounds (seven offensive), two assists, and two blocked shots.

The seven offensive rebounds wasn’t even a 2016 postseason high, as Thompson had eight offensive rebounds for Game 3 of the Detroit series. LeBron James and the Cavs know just how important Thompson is to their championship plan, which is why he was paid big last summer. Outhustling All-Stars like Andre Drummond, Al Horford, and Paul Millsap is no easy feat, but that’s what Thompson has done so far. After Game 1 of the East Semis, a reporter asked LeBron if he can compare Thompson to the Chicago Bulls’ Dennis Rodman. James had the perfect response.

LeBron compares Tristan to Bulls great: "What Dennis did for the Bulls – on the floor – Double T does for our team." https://t.co/tmqFKBxEzC 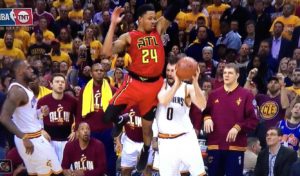